The Orange Award For New Writers was launched in 2005, in partnership with Arts Council England. Any work of fiction can be entered, so long as it has been writen by a woman, of any age or nationality and it has been published as a book in the United Kingdom. The award is given to the best emerging female literary talent and comes with a winning bursary of £10,000. The Award for 2010 went to ‘The Boy Next Door’, written by Irene Sabatini.

THE BOY NEXT DOOR 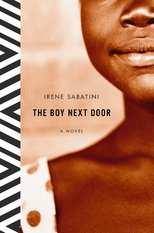 In Bulawayo, Zimbabwe, there is a tragedy in the house next door to Lindiwe Bishop; her neighbor has been burned alive.

The victim’s stepson, Ian McKenzie, is the prime suspect but is soon released.

Lindiwe can’t hide her fascination with this young, boisterous and mysterious white man, and they soon forge an unlikely closeness even as the country starts to deteriorate.

Years after circumstances split them apart, Ian returns to a much-changed Zimbabwe to see Lindiwe, now a sophisticated, impassioned young woman, and discovers a devastating secret that will alter both of their futures, and draw them closer together even as the world seems bent on keeping them apart.

The Boy Next Door is a moving and powerful debut about two people finding themselves and each other in a time of national upheaval. 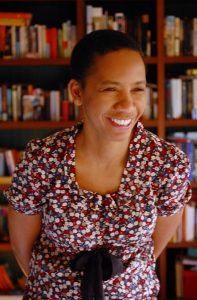 She recalls spending many of her early years in the children’s section of her local library, before moving on to Harare and Allend University.

It was in Bogota, Columbia, that her writing career began, whilst she was working as a teacher and studying for her Masters.

Since then, she has travelled to the Caribbean, back to her native Zimbabwe and on to Geneva, obtaining a Masters Degree from the Institute of Education in London, along the way.

The Boy Next Door, is her debut novel.