Does the camera ever lie?
‘A Shattered Lens’
by Layton Green
Book Beginnings

When Sami, representing ‘Kaye Publicity‘, sent through the promotional content which author Layton Green wished to share from his latest book, ‘A Shattered Lens’, fortunately for me one of his chosen extracts came from chapter one of the book, which fits in nicely with this excellent weekly meme. It also still leaves me free to share a second excerpt on the agreed May promotion date, by which time I should have begun reading the book.

The camera felt so right in her hands. So natural. The sheer heft of it made her feel important, as if she were already more visible to the world. Everybody everywhere needed something to help them belong, Annie knew. For some it was obvious: money, drugs, guns, sex, power. For others, it could be something as simple as a pet, or a child, or a single friend.

Something no one else could claim.

Something to make you feel alive and special. What Annalise Stephens Blue wanted, what she had craved since she had first seen ET and The Goonies and The Princess Bride and countless other movies sitting on her daddy’s lap before he left home, was a camera. Not just any old transmitter of encoded images, but a real camera. A vehicle for Blue to realize her dream of becoming a filmmaker. A caster of magic spells, a chronicler of her generation, an artist who would throw a light in dark corners and speak for voices unheard.

Guided by the pewter light of a full moon, she trod down the forested path behind her trailer park, pine needles swishing under her feet once she got past the soda cans and beer bottles and fast food wrappers clotted with dried ketchup. The stench of garbage bins faded, replaced by earth and pine and an explosion of insect chatter.

A few hundred feet in, she stopped to peer through the night lens. What she saw gave her chills. Not just the clarity of the images, but the way the experience made her feel. Though Blue had lived in the trailer park for fourteen of her sixteen years and knew these woods like she knew her own face in the mirror, seeing the forest through the highpowered lens made her feel like someone new and beguiling, a stranger in a strange land, a pioneering explorer in the wilderness of life.

She was no longer Blue from the trailer park, Blue with the Goodwill clothes and the mother who cleaned roach motels, Blue the shoplifter, Blue the Alley Cat, Blue the Anorexic who loved to eat but couldn’t gain weight and had no curves, Blue the high school junior who was held back a year because of behavioral issues.

All that was behind her now. She had taken the first step on her journey. Now she was someone full of curiosity and discernment, a budding filmmaker, a sculptor of popular culture. Someone clever and funny, wise in the ways of the world, destined for great things.

Just to give you another helping hand, here is the book’s premise …

A detective investigates the murder of a teenage golden boy that has rocked a small town–and the chief suspect is the victim’s mother.

Annalise Stephens Blue is a Creekville high school student with plans to become a world-famous filmmaker. As she begins filming an exposé of the town called Night Lives, she uncovers more than she bargained for: on the very first night of filming, she stumbles upon a murder in the woods, and flees the scene steps ahead of the killer.

Detective Joe “Preach” Everson is called to investigate the murder. The victim, David Stratton, is the town’s golden boy and high school quarterback. A modern version of what Preach used to be. Not only that, the boy’s mother is Claire Lourdis, a beautiful divorcée who Preach fell for in high school. She is also the main suspect in her son’s murder.

Despite the cloud of suspicion hanging over her, old feelings resurface between Claire and Preach, straining the detective’s relationship with his girlfriend Ari, a prosecutor in nearby Durham. As Preach delves into the secrets lurking beneath the surface of the town and searches for a missing girl who may have witnessed the crime, he must put his own feelings aside and pursue the answer to a terrible question: is a mother capable of murdering her own child?

Written by Yvonne
8 comments
“Georgina Garrett
The birth of a ruthless woman”
‘Trickster’
by Sam Michaels
Blog Tour
FacebookTwitter
Will the bride to be, turn up for her big day?
‘Only Ever Her’ by
Marybeth Mayhew Whalen
Teaser Tuesday 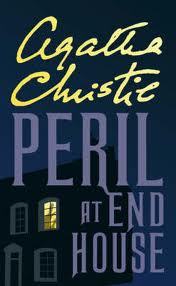