Stupid. Stupid. Stupid. There she went again, thinking in threes. Her mind was spinning, repeating itself – repeating the warnings. The internal voice was getting louder, first the words then a buzzing so loud that she heard nothing else but this threatening high-pitched hiss. She needed to give this up. Walk away. Now, before something terrible happened. She couldn’t be responsible … not even involved. But the money. She made more than she had ever thought possible. So, there was right and there was wrong. Which side did she want to be on? Which side should she be on?

Suddenly the driver hit the brakes, just a tap before accelerating again. Had there been something in the road. She couldn’t see; the night was almost pitch black. She looked down at the young girl sleeping beside her stretched out across the vintage limo’s wide back seat. She would need her rest for what lay before her.

It was wrong handing this child over to who knew what. But how could she say no? Would she still be his chosen one, his right hand, the one he depended on? He had reassured her. Said yes. She knew, of all the women he could have turned to, she had been singled out because she was bright, knew how to be discreet and she loved him unconditionally. No, she couldn’t leave him, nor could she betray him. He knew that. But hadn’t he offered to help? To free her, yet keep her close? Offer her a much coveted position among his disciples? She smiled, an office job maybe? Or would marriage be offered? She knew he loved her.

Just to give you an extra helping hand, and a short refresher, here is the book’s premise …

It’s Christmas in St. Augustine, where Dan and Elaine Mahoney are taking an extended honeymoon. But not all is sunny in Florida when Dan’s company sends him to investigate the theft of 1.2 million dollars’ worth of religious relics from the famed Basilica. Immediately, he knows it won’t be easy to track down the missing items—far too many people had access to the safe where they were stored when not on display for the parishioners. And although the church and rectory were filled with people, when Dan questions them, it seems no one saw a thing.

Adding another wrinkle to their newlywed life is the fact that Dan’s mother has moved to a small town up the road. Dragon’s Bend is known for the fact that everyone who lives there is involved in the spiritual realm—from seers to gurus. Most are sincere practitioners in their beliefs, but some … not so much. Is Maggie Mahoney’s new job giving tarot readings at the Center for Spiritual Learning a legit way for her to help those who want to find deeper meaning in their lives? Or is she becoming caught up in something far darker?

A visit from Elaine’s son Jason brings the family together for a fun Mahoney Christmas, but not before there’s a murder in Dragon’s Bend. The clues finally come together and the scope of the crimes goes far beyond anything Dan could have imagined. 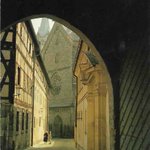 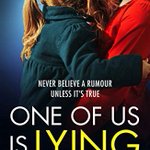