IT HAPPENED IN TUSCANY by GAIL MENCINI

Army Specialist Will Mills, age seventeen, and his platoon brothers faced the most challenging route of the attack on Riva Ridge on this night, February 18, 1945….

Will licked his lips and waited among the five columns of soldiers for their 19:30 go-ahead. He would climb midway in the platoon of men scrambling up Pizzo de Campiano, which suited him fine.

Will had grown up skiing and climbing the Colorado Rockies. At a buck thirty dripping wet, he didn’t have much weight to carry up those mountain faces. Years of throwing hay bales, riding horses, and herding cattle on his parents’ ranch had sculpted his frame into one both lean and strong.

Will had skied the backcountry of the Rockies and scampered up the peaks. The elite 10th Mountain Division accepted him thirteen months ago because of his mountaineering skills. The Army didn’t look twice when Will lied and added a year to his age to make himself eligible for enlistment…. 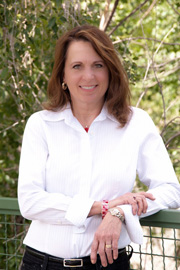 “People ask me how I write my novels”

The United States 10th Mountain Division was the first U.S. military division to recruit and train skiers and mountaineers for battles in the European mountains. They trained at Camp Hale, near present-day Vail Ski Resort, in Colorado. I moved to Colorado in 1981 and became fascinated with this unique Division of the military. The 10th Mountain Division, along with the Royal Air Force and the (U.S.) Army Air Corps, turned the course of the war in Italy and led to Germany’s surrender on that front.

I always begin my novels by imagining a premise.

War is an ugly business, and soldiers have to follow orders, even if it goes against their moral principles. The romantic in me loves the idea of trying to reunite with a long-lost love. These two ideas form the premise behind It Happened in Tuscany.

The next big step, before I start plotting, is to create my characters.

My novels contain strong, well-developed primary and secondary characters. Character development is not only great fun for me, but it is integral to my plot.

I wanted unlikely travel companions and thus created people who would never choose to accompany each other. Will Mills, a World War II veteran who fought with the 10th Mountain Division, was wounded physically and emotionally by the war. Will bristles, pushes away people, and his self-recrimination makes him unlikeable. Sophie is young, impetuous, offers false claims of her expertise, and is alone.

Secondary characters, Joe Able, with an English mother, and Margherita Baggi, an Italian, are integral to the plot development when Will and Sophie journey to Tuscany.

I worked for years in public accounting as a Certified Public Accountant, and that professional background of analysis and preciseness aids my character development. I create a workbook page for each character, add a picture of what I think they look like, detail their physical characteristics, age, background, ethnicity, motivations, and more. For my novel, To Tuscany with Love, with eight main characters and seven points of view, I also created a spreadsheet with their slang and common phraseology, to keep their individual voices consistent and unique from each other throughout the novel.

Next, I research and plot the novel. I start in my workbook, with a few sentences that describe each scene.

The last two steps, writing full scenes and revising multiple times, bring my manuscript to the level of editorial reviews.

I spent a great deal of time on World War II research to bring authenticity to It Happened in Tuscany. I enjoyed learning more about the battles fought on the ground and in the sky over Italy. I am lucky to have visited Tuscany many times, by foot, Vespa, car, and train, and loved expanding on my personal knowledge with research.

It Happened in Tuscany is a salute to the Allied Forces in World War II and a love song to Tuscany. I hope it entertains, informs, brings a smile, and perhaps a tear those who read it.