My thanks go out to the teams at Head of Zeus, Midas PR and NetGalley, for their contributions to including me in this excellent Blog Tour.

With Fiction Books stop on this comprehensive Blog Tour, being almost in the middle, I’m sure that there will have been plenty of extracts, author guest posts and interviews already shared, with plenty more still yet to come, so why not visit a few of the earlier tour participants and see what goodies are on offer … A full schedule of Blog Tour spots is shown here: 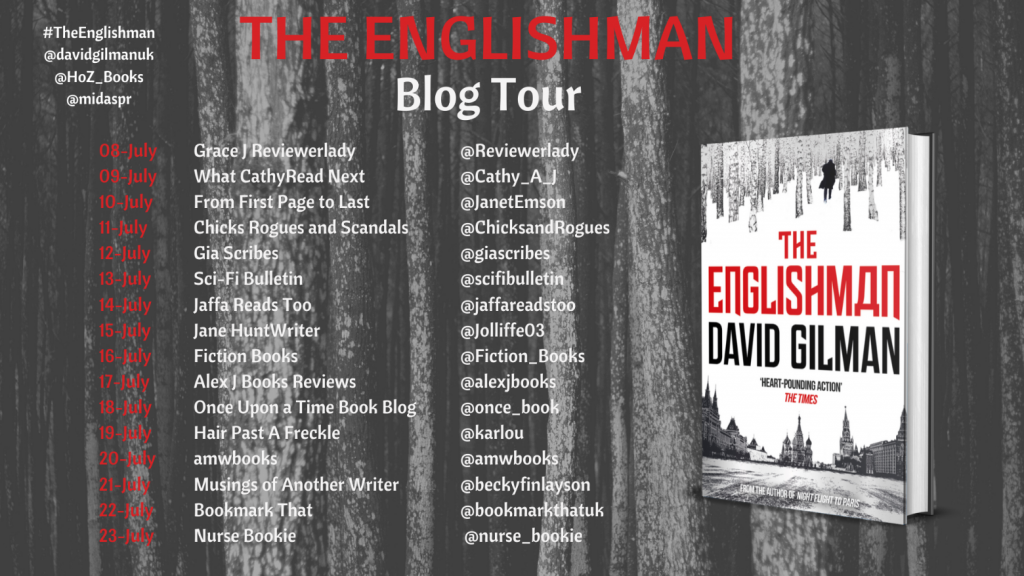 As this extract features the opening lines of the book, I shall also be carrying the post forward by a day in order to include it as part of the weekly ‘Book Beginnings On Fridays’ meme, details of which can also be found below. Now even more folks can get to check out these great ‘First Lines’! 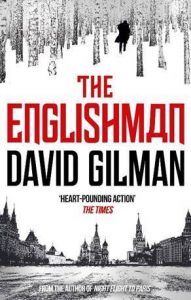 A clandestine war on the desert border of Mali and Algeria. Murder and kidnap on the suburban streets of West London. A Moscow CID police inspector investigating the assassination of four of her fellow officers by the Russian Mafia. A young MI6 officer facing the possibility that a long-running operation has been fatally compromised.

Connecting them all is the Englishman: Dan Raglan, outsider, exile, one-time member of the French Foreign Legion, fully trained killer.

Raglan’s quest for answers will become a quest for vengeance. It will lead him to the winter-ravaged wasteland of the Sverdlovskaya Oblast and Penal Colony #74, a place that holds Russia’s most brutal murderers. A place of death and retribution. 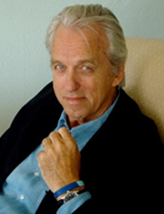 From his English / Welsh beginnings, David Gilman has travelled the world and had an enormously impressive variety of jobs – from firefighter to professional photographer, from soldier in the Parachute Regiment’s Reconnaissance Platoon to a Marketing Manager for an international publishing company in South Africa.

He is also a successful television screenwriter. From 2000 until 2009 he was principal writer on the hugely popular detective series, A Touch Of Frost.

Wherever he went David gathered inspiration for his exotic children’s adventure series along the way, and he has now added writing historical fiction for the adult market to his many talents.

These days, he is based in Devonshire, where he lives with his wife, an ageing cat and an equally old Land Rover.

RUSSIAN FEDERATION – OCTOBER 2020
.
“The road was long and straight, and the dark forest pressed on to the verge on both sides. Heaped snow, ploughed from the previous winter, was still frozen and had become an even higher bank from the fresh snowfall. He lengthened his stride and ran faster towards the rising sun.
.
He dared not stop.
.
The sun had reached the top of the trees either side of the chill, sunless gulley of a road. His laboured breathing muted the sound of the first vehicle. Instinct made him turn. Another vehicle was travelling behind that, its headlights weaving. There were probably twenty men in pursuit.
.
He leapt over the snow ledge on the side of the road and ducked beneath the overhanging branches. A slender track channelled between the accumulated snow and ice on the side of the road and where the tree trunks barred his way into the forest. He heard the engines change pitch. They were slowing. He ran; branches caught his face and he raised an arm. A rattle of gunfire cut the air above his head. He cursed his own stupidity. By brushing the branches away from his face he had disturbed the snow lying on them and the fine powder left low on the tree had been seen. He kept running, ducking lower, avoiding the branches. The thwack of bullets hit the trees where he had been moments before. They were shooting wildly. Ripping through the air. A storm of tree bark and  snow.
.
His breath came hard. The cold air raw in his lungs. And then he ran out of track. He plunged into the low branches. Felt them them whip his face. Searing pain scorched his thigh. He stumbled as  another bullet tore into his side. Ignoring the pain he ran on. He was leaking blood. Leaving a trail. The distant sound of dogs echoing through the forest. His foot caught a root, tumbling him into deep snow. He slammed into a tree, the wind knocked out of him. He needed a moment to draw breath. He shook clear the pain and the sweat from his eyes. He could hear them now. Voices calling to each other. Fearful. Of him. He dared to close his eyes for a moment. More gunfire.
.
And he remembered what had brought him here.”
.

FRENCH FOREIGN LEGION OPERATING BASE
REPUBLIC OF MALI
FEBRUARY 2013
.
The temperature was already nudging fifty degrees Celsius and as well as their combat gear and weapons each man carried in excess of thirty kilos of supplies and ammunition. Their destination  was the harsh mountainous terrain where Salafist Tuaregs and Al Qaeda ethnic militias had surged across the border from Algeria. These tribal fighting men knew their ground and it was up to the  elite 2e Régiment étranger de parachutistes to dig them out and stop the Islamic militants’ advance.
.
United Nations Resolution 2085 had backed France’s military intervention in the French protectorate of the West African country of Mali, a landlocked area the size of Texas. The world had applauded when the French and Chadian army liberated Timbuktu, but more brutal fighting was soon to take place hundreds of miles away in the desolate Ametettaï valley, in the heart of the mountainous massif of Adrar des Ifoghas in northern Mali, on the border with Algeria. It was an area controlled by criminals, terrorists and warlords, men who trafficked arms and drugs with brutal efficiency to fund anti-western organizations. The combined ground and air operation to clear the villages in the valley and the nearby caves already promised to be a tough fight. French Special Operations Forces had flown several hundred kilometres from their base in Ouagadougou, Burkina Faso, and seized Kidal prior to the assault on the mountains. The President of France and his politicians wanted this fight, the generals wanted it and the boots on the ground were happy to oblige. France’s honour was at stake.
.
Caporal-chef Serge Sokol ushered his sniper platoon into the Puma helicopter’s oven-hot interior from where he and the other eleven men would fast rope down once they reached their landing zone. A month before, when they had parachuted into Timbuktu and secured it from the terrorists, they had had the upper hand, but the rough terrain of boulder-strewn ground here favoured the defenders. Limited access towards the caves funnelled troops into narrow choke points. Easy targets for ambush. The snipers were going in by helicopter and would then slog across the broken ground and establish their own fire positions. Their long-range rifles would give the attacking legionnaires a better chance of advancing.
.
‘Bird!’ a voice hailed Sokol.
.
The Russian’s face, lined from twenty years’ service in every eye-squinting theatre of war that Africa could throw at the Legion, creased further into a grin. In the Slovak language, Sokol was a bird of prey – his new identity given to him by the recruiting captain at the barracks in Marseilles on the day he had joined. The immaculately dressed Foreign Legion officer told the gangly, unkempt and malnourished youth that it suited his hawk-nosed face. And that if he survived the weeks of training and made it through to the Legion’s parachute regiment the captain would pay for a falcon tattoo out of his own pocket. It was the first sign of comradeship the runaway youth had ever known and it spurred him on. And now there were so many falcon tattoos across his muscled torso his skin looked like a damned aviary.
.
Sokol’s close friend, Dan Raglan from the Legion’s parachute commando group, jogged towards him. Sokol cupped a hand to his ear against the Puma’s roar as Dan shouted: ‘The target’s moved. He’s in another cave.’
.
The caves were refuge to Abdelhamid Abou Zeid, one of the world’s most wanted terrorists, commander of Al Qaeda in Mali and the 2nd Foreign Legion Parachute Regiment’s target. Their task: to capture Abou Zeid alive and retrieve terrorist intel hidden in the caves.
.
Sokol grimaced. Last-minute changes could cost lives. The briefing had been precise. As the Legion’s paras fought forward the regiment’s commando unit would abseil down from the clifftops and strike into the caves that held the terrorists and their leader. ‘Moved where?’
.
The commando shoved a folded map into the Russian’s hand and traced a line across the contours on the map. ‘Here. Cave Thirteen.’ He grinned. ‘You think that’s unlucky?’
.
‘Only to idiots like you who expose their arses sliding down a cliff face on a rope. Who’s made the change?’
.
The younger man turned to face the cluster of officers standing in the background with two civilians. One civilian wore an eye patch that barely concealed the welt of a scar.
.
…

You might also like to visit Gilion, over at ‘Rose City Reader‘, where you can share links to the book beginnings from her own reading schedule and that of many of our fellow bloggers. There are always plenty of new authors and titles to be discovered.
…
Tagged asBlog TourBook BeginningsDavid GilmanFirst LinesHead Of ZeusMidas PRNetGalleyNew TitlesThe EnglishmanWeekly Meme