‘Spain, Guard My Bones’ by Jack Thompson
‘This Is Me’ A Guest Post
Book Beginnings / First Lines 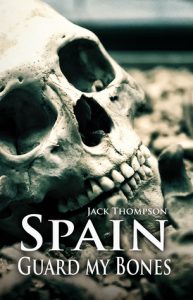 Part One – Chapter One

The night air was warm and heavy with smells of the farm. Rosemary, thyme, tarragon and dung. Juan Jose tossed and turned, but his thoughts had chased away the sleep that usually weighed his eyelids down as his head touched the pillow. He  threw back the single sheet and rose quietly. He had to take care not to disturb his parents and sisters. His father had a temper. All hell would break loose if he was woken in the early hours.

Juan Jose pulled on a t-shirt and shorts and fumbled for sandals. Gripping them in his right hand, he crept along the corridor to the main door and slipped the latch. It creaked and he held his breath.

No one moved except Orlando the Labrador who stretched and yawned. Juan Jose knew the dog would want to go with him. With a finger to his lips, He beckoned Orlando who, being a ten-year-old, understood that he must not whine or mewl and must certainly resist the temptation to bark.

‘SPAIN, GUARD MY BONES‘ – The Premise 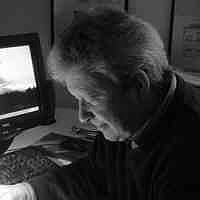 Jack Thompson was born a long time ago in northern England.

After spells as a teacher, bus conductor, industrial spy and pianist in workers’ clubs, he joined the BBC in 1967 and eventually landed the job of foreign correspondent for the World Service. He reported from Asia, the Middle East, the Soviet Union, eastern and central Europe and South Africa.

Since retiring in 2002, he has devoted himself to writing. In 2006 he won the Scottish Association of Writers Pitlochry Award for Crime-writing with his thriller A Wicked Device. He lives in London with his wife and a golden retriever. 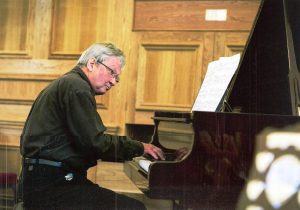 HI! MY NAME IS JACK THOMPSON AND THIS IS MY TAKE ON LIFE

I have just turned 80. Happily good health and a mind that still seems to be functioning allow me to press on with my writing.

I am a former journalist with the BBC and the German broadcaster Deutsche Welle. I worked in South East Asia, the Middle East, South Africa, Russia and Eastern and Central Europe. I went to a decent school and to Cambridge University, a privileged education which gave me a love of literature and music and a working knowledge of Europe’s more important languages.

Strangely enough, I never worked in Spain, more’s the pity! Yet I have always been interested in (some would say obsessed by) the Spanish. Their history and politics, their manners and mannerisms, and their languages fascinate me, as does their art, their prowess at football and above all their music. I play piano and guitar and can’t get enough of Spanish composers like Albéniz, Granados, De Falla and others, as well as the excitement of flamenco.

But it was more than a little impudent of me, an English writer, to pen a book on Spain. The  Spanish have their own galaxy of novelists, including my favourite, Arturo Pérez-Reverte who has produced wonderful thrillers depicting crime and skulduggery at the lowest and highest levels as well as the tendency of many Spanish to wallow in irony and melancholy and yet laugh and enjoy themselves to the full.

So, I looked for a subject around which I could weave my own story and found just what I needed. The setting is the never-ending row in Spain about the Civil War (1936-39) and the consequences of the victory won by the fascists, or Nationalists, as they called themselves, under General Francisco Franco. Among other atrocities, the systematic violence and brutality meted out to his Republican opponents during and after the war bear comparison with Hitler’s treatment of the Jews and Pol Pot’s slaughter of his own people in Cambodia. Franco’s forces murdered thousands of civilians and soldiers and shoveled their bodies into mass graves.

My two main characters in Spain Guard My Bones are the British journalist, Charlie Barrow (who featured in my two other novels A Wicked Device and Breaking The Cross) and a dwarf and human rights lawyer, Carlito Jimenez. They set out to discover who among Franco’s troops and henchmen killed virtually the whole population of a village in the mountains north of Seville in Andalucía and, more immediately, who among the country’s current political elite is preventing the exhumation and dignified reburial of the victims’ bodies. This brings them into conflict with corrupt members of the governing party and their supporters, only too willing to get rid of Charlie and Carlito. Can the duo nail the villains and bring them to justice? There is plenty of violence and mayhem in this story and not a little despair and heartbreak, even if in the end Charlie gets a good story for his paper.

But the book is really about Spain. Spain is the main character. Charlie Barrow would have agreed with me, which is why we may see him returning there to root out more stories about my favourite country.

Written by Yvonne
‘The Home’ by Karen Osman – The Blog Tour
Plus: The Guest Post
“Writing Tips From My Favourite Authors”
FacebookTwitter
‘Walhalla – My Artisan Heart’ By Dean Mayes
A Guest Post and Blog Tour