This time I would like to welcome time travelling author, John A. Heldt, to Fiction Books.

I’ll hand you straight over to John, to introduce himself and let you in on a few of the secrets he uses when planning a book …

I am a product of the Pacific Northwest. Born in Portland, Oregon, I grew up in the suburbs and small towns of Oregon and Washington, as the third oldest of six children.

I began writing professionally a year out of college as a journalist and went on to report and edit for four Northwest newspapers, taking second in a regional sports writing competition in 1994. I changed careers in the late nineties and became a reference librarian in Montana.

I turned to novel writing in 2011 when, inspired by the success of a college friend, the romance novelist Maureen Driscoll, I wrote The Mine, which was destined to become the first episode of the hugely successful, five part Northwest Passage series … and since then, I have never looked back!

Last year my wife took a position with the ‘Teach For America’ programme, so we are now living in Alabama, whilst my three children, two daughters and a son, are all grown and living independently.

I am an avid fisherman, sports fan, home brewer, reader of thrillers and historical fiction, and active blogger.

Catch up with my blog posts at my website

A “Plotter” Not A “Pantser”

E.L. Doctorow once said, “Writing is like driving at night in the fog. You can only see as far as your headlights, but you can make the whole trip that way.”

I must say that, for the most part, I can’t relate. When it comes to producing novels, I’m a “plotter” and not a “pantser.” A pantser is someone who writes by the seat of his (or her) pants — a person who can reach a destination without looking too far ahead.

Writing for me is not a spontaneous process that begins by opening a blank page on my laptop. It is a process that is so clear and ordered, it’s like driving all day in sunshine on a flat, straight, traffic-free highway with my GPS navigator activated.

My outline takes the form of detailed chapter summaries that can run from twenty words to two hundred. If there’s something I want to mention in Chapter 26, I’ll leave myself a reminder. Often I will add entire quotes or passages to a summary.

By the time I’m ready to start Chapter 1, I know not only which roads I will take to get to my destination but also which ones I’ll avoid. Virtually every twist, turn, and potential obstacle will be identified well in advance.

I say virtually because, like most authors, I like to leave some room to depart from the script and do something entirely different.

‘The Mine’ – Book One Of The Northwest Passage Series

When I wrote The Mine, my first novel, I added a Japanese-American character about a third of the way in. The character, a college senior named Katie, became one of the most instrumental figures in the book. In three other novels, I added two lengthy chapters after the first draft was “finished.”

I’ve found that this approach works well. By outlining a novel in advance, I reduce the chances of writing myself into a corner. By leaving myself wiggle room, I leave open the possibility of heading down a better road.

In the twentieth of his twenty-two lessons on writing, Stephen King advises writers to take a break from their finished draft. He suggests six weeks, in fact, so that they can return to their manuscript with fresh eyes and see the proverbial forest among the trees.

I think this is sound advice. Good writing is a process that requires not only discipline and perseverance but also patience and perspective. What may seem a great idea in the planning stages may seem downright dumb in the end.

As I jump into the second novel of my second series, I plan to drive during the day with a map handy. But I’m going to keep an eye on the signs. Last-minute detours can to more than make a trip more interesting. They can make it better.

‘September Sky’ – Book One Of The American Journey Series

Thank you for taking the time to stop by, it was great to meet you all and I hope that you enjoy my time travel adventures.

Thanks for stopping by John. It is always good to learn of the different and diverse approaches authors take to researching, writing and finally, editing their work.

This article formed part of a post on the author’s website and was offered to me with permission, for re-posting here at Fiction Books.

Written by Yvonne
6 comments
Meet Norma Budden, The Author Of ‘If Only’
FacebookTwitter
Meet Thorne Moore – Author Of ‘Motherlove’ 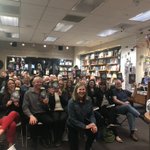