‘Following Your Mind’s Eye’
A Guest Post By James Thibeault

Today I am turning over ‘Meet The Authors’ to James Thibeault, who is sharing the creative concepts behind his debut novel, ‘Deacon’s Folly’.

I really want to share my thoughts about the book, but as I still have a few more pages left to read, I don’t want to pre-empt what might still be yet to happen and I definitely don’t want to give away any spoilers if I can help it.

Safe to say, the storyline and characters have aroused within me, almost every emotion possible, whilst the style of writing is so inclusive and detailed, that I can close my eyes and almost picture myself there, alongside Devon and Deacon, as they share their journey of discovery!!

I am a high school English teacher who works for Eagle Hill School in Hardwick, Massachusetts. With a B.A. and M.A. in English, I currently work with unique students who have learning differences such as ADHD, Dyslexia, and NLD.

Massachusetts has been my home for my whole life, but I have lived in the city, the suburbs, and the country of this unique state.

Writing has always come naturally to me. I remember when my parents bought our first home computer, I would spend hours writing stories on the word processor. Most of the stories were terrible, but it was a medium where I could express myself and without people judging me. I never had to show my writing to anyone. Eventually, I built up the confidence to show my friends and family. After more years or practicing, I was able to feel confident enough to send stories to publishers.

During my spare time, I love to read and perform a variety of activities; such as, rock climbing, martial arts, and obstacle course running.

When a backwoods town has a barbecue, it’s to mock a teenage boy who nailed himself to a tree house. While Devon’s not the brightest bulb and has no recollection of his childhood, he’s a kind soul who seems friendly enough. Still, the whole town despises him. Only the new deacon in town takes sympathy towards the boy and is determined to discover Devon’s forgotten past, and the reason why it is never discussed.

Everything about Devon’s life is a mystery, from the whereabouts of his parents to Devon’s own memories. In the town, he is treated more like an animal than a person. Forced to live outside, Devon is looked after by his alcoholic guardian, Mr. Audette. Besides the deacon, the only person who takes pity on Devon is Mr. Audette’s daughter, Caroline, who has been running the household since her mother died years ago. Despite Caroline and Devon living next to each other, Mr. Audette forbids Caroline from socializing with him.

Few want to be near Devon. He spends most of his time alone and talking to the moon. At night, he suffers from dreams of people screaming. He doesn’t understand what it means, but tries to ignore it as best he can. For years, all Devon has done is block the torments in his head, the mockery from the town, and even his own memories. The deacon is convinced it’s time to know the truth.

At its core this book is about a young man who is forced by an entire town to come to terms with his disability and his efforts to learn to live in a community of individuals of lesser humanity than himself.

Clicking on the cover image will take you through to the Amazon page for the book.

Many people who have read ‘Deacon’s Folly’ said they had no idea how it was going to end.  I think one of the reasons it reads that way is because I had no idea either. This is due to my style of writing.

I am always amazed at some authors who have poster boards with sticky-notes placed haphazardly—as if they are about to solve a long forgotten cold case. I never once thought about making an outline. That would waste too much of my time. Instead, the spotlight turns on, the curtains draw open, and I’m on the stage with no preparation—but I smile at the crowd and hope for the best.

To say that my writing lacks preparation is misleading. One technique I have always relied on is improvisation. I grew up watching the cast from “Who’s Line Is It Anyway”, perform on the fly—mastering patterns and techniques to prepare them for any obstacle in their way, while making the audience laugh. Improvisation methods have become a staple to my writing style. For example, when the protagonist of Deacon’s Folly, Devon, nails himself to his treehouse at the beginning of the novel, that was the only concept I pre-planned in my head. I liked the idea of a young man accidently stuck to his own creation, and I wanted to explore it more. I turned on my Mind’s Eye and waited for the scene to develop in my head:

There is a shack on top of a tree with a young man. Below, at the base of the tree, a drunken man watches. Who is this drunkard? Is it the boy’s father? No, his face is completely disgusted and they look nothing alike. Maybe it is his guardian? Why would his guardian be so disgusted by him? Well, look at how stupid the boy is. He just nailed himself to the treehouse! The drunken man laughs, and calls over his neighbor. Both men are laughing uncontrollably. Soon, the whole town comes over. There are flatbed trucks, a smoking barbeque, and kids playing under the treehouse. The crowd is laughing and having a great time. Oh my God, these people are horrible—they think this is so amusing. Why would they treat a boy like this?

Now I have a new set of problems: Why does Devon have a guardian? Why does the town hate Devon? Why does Devon not seem upset? Then, I start the process in my head again, and a bunch of new visions and thoughts appear. Some visions don’t work, but others seem promising and so I explore them. Many times, this technique will put my story into an awkward position where I have no idea how to escape—digging myself into a hole. However, that is a good thing because it forces me to think of new avenues to explore. Eventually, I might find a way out that could push the story into new and exciting directions.

For the fun of it, try developing a story with little pre-planning. Focus only on one sentence or one concept and see where the story goes from there. Maybe nothing fruitful will come of it, but on the other hand, it could lead to a great story, or even a novel. 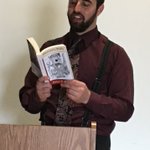