I am featuring two books by the same author for my Mailbox Monday post this week, plus a lovely accompanying author Guest Post.

I would like to thank Penny Sansevieri, representing Author Marketing Experts, for the invitation to review, and author Lori Matthews for adding her own flavour to proceedings with a lovely introductory Guest Post.

Copies of both books were purchased for review, from Amazon.co.uk for Kindle download.

“Men and women in the military belong to an elite brotherhood. From the moment they enter the armed forces, they learn the value of protecting each other in order to defend the values and people of their great nation. These values hold fast even as SEALs, Delta Forces, and Army Rangers transition from active duty to life as a civilian.

Brotherhood Protectors is the brainchild of retired SEAL Hank Patterson who saw it as a way to harness the energy, integrity and desire to protect of those separating from active duty. Based in Montana against the backdrop of the Crazy Mountains, this elite organization is made of the best of the best. Some of these fighting men were born and raised on ranches, cowboys at heart, ready and willing to tackle their assignments. Others might be new to ranching, wrangling and dealing with livestock. But all are ready and willing to protect others, using the skills they learned in the military. In the mountains and on the ranges of Montana, these fighting men meet their matches and fall victim to love they cannot resist.

Who will be next to take on the challenge of joining Brotherhood Protectors?” 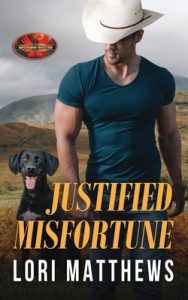 Hudson Riggs has returned to his family’s ranch after years spent traveling the world.

The former Navy SEAL accepted a position as a Personal Security Specialist, a job that didn’t leave much free time. He never expected his visit to his hometown to turn into another job.

His former High School flame has been arrested for murder but Hudson’s gut instinct is she didn’t do it. All he has to do now is prove it.

For Sunny Travers, being back in Canyon Springs is bittersweet. She desperately misses her life in California but her grandmother needs her. Sunny’s world flips upside down when she’s arrested for killing the local hero. Now the citizens of Canyon Springs have turned against her and she’s forced to accept help from the man who broke her heart all those years ago.

Hudson knows Sunny hasn’t forgiven him. Hell, he hasn’t forgiven himself for how he left things but all his emotions take a back seat when someone tries to kill Sunny. Can Hudson protect Sunny long enough to apologize to her and right old wrongs or will the killer get to her first? 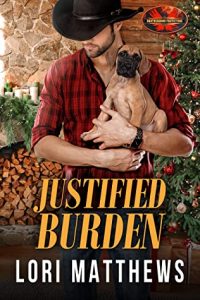 Former Navy SEAL, and Personal Security Specialist Rhys Bennett is in Canyon Springs to mend after being shot on his last assignment.

His wound has healed and it’s almost time for him to go back to work, but he’s worried. The sixth sense that’s kept him alive so far is MIA.

For Scarlett Jones, being in Canyon Springs is her chance at a fresh start after a devastating tragedy. She’s desperate for her design business to be successful. But when things keep going wrong on her latest remodel, panic sets in. Is someone sabotaging the worksite on purpose or is it all in her head?

Realizing the distracting Scarlett is in trouble, Rhys puts aside his self-doubt and volunteers to protect her. Watching over the beautiful redhead won’t be too difficult. Or so he thinks until a body is discovered and the mystery surrounding Scarlett turns potentially deadly.

Will Rhys be up to the task of keeping Scarlett safe or will the killer get away with murder twice?

I was born and raised in Nova Scotia, Canada. I grew up in a house filled with books and readers. Some of my fondest memories are of reading in the same room with my mother and sisters, arguing about whose turn it was to make tea. No one wanted to put their book down!
.
I was introduced to different genres because of my parents’ habit of leaving books all over the house. My mother read romance, and my father read thrillers. My love of reading and books led to me
becoming a librarian. I started my career as a public librarian and then eventually made my way into schools as a high school librarian with a stop in the corporate world along the way.
.
When my children went off to school, I finally had the time to pursue my first love, writing and I’ve been pounding the keyboard ever since. I’ve won numerous writing awards including two Daphne Du Maurier awards. I currently live in New Jersey with my husband, two children, my crazy dog, and my grumpy cat.

Thank you so much Yvonne, for agreeing to offer reviews for both ‘Justified’ books, of the Brotherhood Protectors world series.

Thank you also for inviting me back today to talk about the newest of the two books Justified Burden. I’m pleased to be here!

It’s always a pleasure to chat about my books and the behind-the-scenes world that happens as I am writing them.

My world is a wee bit of a crazy place. I get asked a lot about the inspiration for my books. In truth, I am rarely inspired by anything enough to write a book about it. The ideas just come to me out of the blue. I try not to ask too many questions 🙂

I’m what’s called a pantser. I don’t plan out my books. I know a few points I want to include, but I let the characters tell their stories for the most part. I have plotted out books in the past, but I never write them once I finish plotting. Knowing what’s going to happen makes them less interesting to me. I know how that must sound but think of it this way; if you picked up a book and immediately knew the ending, would you bother to spend the money and invest the time to read the rest? That’s how it is for me as an author. Why spend the time and energy if I know what’s going to happen? I’d rather be on the edge of my seat, waiting to see how the story turns out.

Justified Burden was no exception. I had no idea who the ‘bad guy’ would be, nor did I know what would happen. I new as soon as Rhys walked on the page in Justified Misfortune (my first entry in the Brotherhood Protectors World), he had to have his own book. He demanded it, and I love that about him. He’s demanding at times but has a big heart, and he’s a sucker for a woman in need of help.

Scarlett came to me fully formed as well. I knew her backstory, and what she wanted from the moment she popped into my head. Scarlett is a go-getter and doesn’t want to let anything stop her, but she’s also vulnerable since she is still recovering from a recent trauma. She is the perfect partner for Rhys, strong but in need of a bit of help. I had such fun writing their story.

Justified Burden challenged me in a surprising way. I had never written a Christmas story before. I found it difficult because I was writing it in the middle of summer. Wearing shorts and sitting in the sun made it very hard to create that Christmas mood. I resorted to eating gingerbread cookies and listening to Christmas music to help me along. Tough job, I know.

I truly loved writing Rhys and Scarlett’s story, and I hope you enjoy reading it.