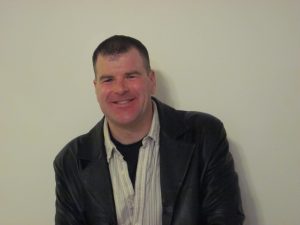 Hello everyone, and thank you for reading this mini guest post, in which, I decided to talk a little about character development.One of the more unique aspects of the story is my use of goblins, so I thought it might be interesting to explore that.
.
In folklore and literature, goblins have always been evil creatures. To this day, goblins are hiding in our closets and under our beds. They are wicked monsters that are no happier than when they are burning fields or robbing cradles.
.
In ‘The World Below’, Mitch Hardy unknowingly rescues a goblin from getting hurt in a storm. Living on the fringes of society as they must to avoid camera phones and governmental laboratories, goblins lead harsh lives. By this small act of kindness, Mitch makes a true friend. Later on, this kindness is returned.
.
I don’t want to spoil the fun, so let’s just say a pan-dimensional, man-eating garbage dumpster is involved. Friends like that are hard to find! Once they have been won over, goblins are the best sort of friends. They may have terrible manners, they may say awful things, they may smell bad, but we can all be that way sometimes. In the end, my use of goblins helps us see the best in humanity.
.
Thank you so much for joining me. ‘The World Below’ is one of the wildest rides you’ll ever take. It’s full of crazy characters, imagination, magic and action. I hope you all agree.
.
Please visit me at mikephillipsfantasy.com
…
Mike recently gave a brilliant interview to the standby host of Mailbox Monday, Bob over at ‘Beauty In Ruins’, so if you are intrigued enough to want to know more about the heroes and villains of the story, then why not stop by and say hi to Bob and Mike.
…
Tagged asGuest PostMailbox MondayMeet The AuthorsMike PhillipsThe World Belowweekly memes

#DeadInside ebook is only 99c in the 🇺🇸US and 🇨🇦Canada! 🙌🏻

When three domestic abusers are themselves found beaten to death, DC Maggie Jamieson knows she is facing her toughest case yet. 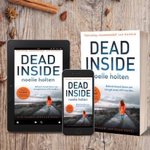 Today I’m thrilled to be one of the bloggers taking part in the blog tour for The Perfect Mother by Caroline Mitchell. Anyone who follows my blo...