‘Should You Judge A Book By Its Cover?’
By Jean Nicole Rivers

I really think I am in for a treat with these two great books, the first stories in the ‘Black Water Tales’ series, so I would like to thank their author, Jean Nicole Rivers, for stopping by to tell me all about them and inviting me to take advantage of the weekend offer when both titles were free for Kindle download.

The books are still working their way up my TBR list, however fellow blogging buddy, the lovely Kelly, from ‘Kelly’s Thoughts & Ramblings‘ liked the sound of the books so much, when I shared them with her, that she is reading ‘The Secret Keepers’, as part of this year’s R.I.P. challenge, in which she participates.

So this excellent guest post, kindly put together by Jean Nicole, should fit in very well, as in it, she shares her habits as a reader, alongside those of a writer …

Hi! I am … JEAN NICOLE RIVERS 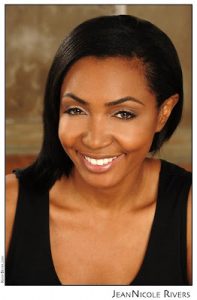 I graduated from Florida International University with a Bachelor of Arts degree in Philosophy and I currently live in Houston, Texas.

I am a great lover of reading and writing and have been writing poetry and short stories since I was a child. I have always aspired to master the art of storytelling through writing novels and although I love reading and writing in varied genres, horror/thriller is my favourite.

I won 3rd place in the National Black Book Festival’s 2013 ‘Best New Author’ competition and have also written featured articles for popular reader websites, such as ‘Digital Book Today’ and ‘The Masquerade Crew’.

The Secret Keepers, was my debut novel, which together with the newly published The Unwanted, forms the first two episodes in the Black Water Tales series.

The easiest thing about writing a book is coming up with the idea. We all have tons of great ideas for books, right? The issues come AFTER we have the great idea.

“SHOULD YOU JUDGE A BOOK BY ITS COVER?”

Well I don’t know if you should, but I certainly do and I have never regretted it. Over the years, I have been asked this question many times and my answer never changes, yes.

We’ve always been told that we shouldn’t judge a book by its cover and I have never understood that idea. The cover of a book is the first thing that we see and is usually the only graphical depiction that one is allowed in a novel. It is incredibly key and my sentiment has always been that if the author doesn’t much care about what’s on the covers, why should I believe that they cared about the words in between.

It’s something that we have been doing since we were children. We had to, because it wasn’t as if there were any kiddie book review columns (if there were, I wasn’t reading them) so we had to get a feel for the book, first and foremost, by what was on the cover. On those special library days, our teachers would march us down the hall and into the library, shushing us all along the way and once there we had little direction on which books we were to choose, therefore, what did we do? We tiptoed about pouring over all of the different covers until we found one that seemed to speak. But there is a blurb on the back, you say and I hear you and I and a firm believer that the blurb should play a part in your book choice, but the words in the blurb with their steady stream of black lines speak to the mind, while the creativity of the picture on the front speaks to the soul.

It’s midnight when Regina Dean receives a harrowing phone call. On the other end of the line a scratchy voice whispers, “They found her, Regina…they found her.” Over the phone Regina learns that the corpse of her best friend, Lola Rusher, has been found and she must return to her, Godforsaken, hometown of Black Water for the funeral of the beloved girl who disappeared when they were both only sixteen years old.

Regina returns to Black Water and is reunited with a cast of old friends. Soon Regina realizes that the details revealed with the discovery of Lola’s corpse do not make sense, especially the fact that Lola’s body was dug up on the land of their childhood piano teacher. Determined to lay Lola to rest, Regina launches her own investigation, but someone in Black Water warns Regina to STOP DIGGING. She is thrown into a race to solve the mystery before she loses her mind or meets Lola’s fate.

Though Regina’s hometown is a fun house of disturbing characters and distorted images, the truth about what happened to Lola Rusher will be revealed along with a most unexpected and perverse secret that threatens to expose everyone in Black Water. Everyone knows something, but no one knows everything…

For my first book, Black Water Tales: The Secret Keepers, I chose a cover that represented the fictitious town of Black Water that I was introducing to the audience. The streets are shady and blackness lurks within them and the colors are dark and warm, pulling the audience in but also making them afraid of where they will end up.

In the remote, eastern European town of Borslav there is St. Sebastian orphanage, a place where people discard their unwanted children. For the American, Blaire Baker, it’s the perfect place to volunteer her services. Paired with a cheerful volunteer nurse, Blaire is enthusiastic about the possibilities, but is quickly discouraged when she encounters the nefarious nature of the staff and the deplorable conditions of the facility and the children.

Upon arrival, one of the children informs Blaire, “There’s something in the basement.” It isn’t long before strange things begin happening, including Blaire’s flashbacks of the accident that killed her parents. The children soon suffer injuries that Blaire, first, fears may be the deeds of the callous workers but she soon thinks the abuse may originate from a source that is less than human, something unwanted.

The unwanted is coming but in order for Blaire to fight it, she must dig into St. Sebastian and herself in search of truth. Blaire wants nothing more than to help the children, but when she discovers the tragedy that happened in the basement and learns that the same evil forces are still at work, it will be Blaire who needs help…There’s something in the basement.

For Black Water Tales: The Unwanted, my second novel, I chose a single image of a headless baby doll, Dolly, who belongs to one of the characters. Not only does the doll appear in the book several times, but her image makes the reader curious about the obscure world of the unwanted children of St. Sebastian orphanage.

Should you ALWAYS choose a book by its cover? No. Is every book that has a less than fabulous cover not a good read? Of course not, but go with your gut, if the cover doesn’t move you, chances are what’s inside won’t either.