‘The Eagle Within’
A Guest Post By Grace Mattioli

This is the second time I have been fortunate enough to welcome author Grace Mattioli, to ‘Meet The Authors’, here at Fiction Books. Grace’s previous visit was timed to coincide with the release of her debut novel, ‘Olive Branches Don’t Grow On Trees’ and was where, in a traditional Q&A session, readers got to know all about Grace Mattioli, the person!

This time and to coincide with the release of, ‘Discovery Of An Eagle’, the sequel to ‘Olive Branches Don’t Grow On Trees’, although I am reliably informed that this can be read as an independent, stand-alone story, Grace came to the party more than well prepared for what she wanted to say, in her own unique guest post …. So it’s over to you Grace!

Hi! My Name Is GRACE MATTIOLI 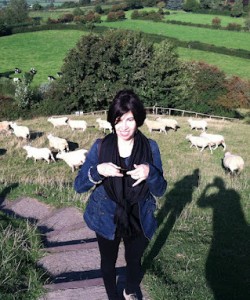 I’m originally from New Jersey and now live in San Francisco, where I work as a librarian.

I started writing creatively from an early age and one of the first stories I wrote was called “The Magic Pen.” In this story, the main character had a pen that, when used, would create stories as if by magic.

In college, I studied English literature, and quickly found myself gravitating towards contemporary fiction. Some of my favorite and most influential authors include: Flannery O’Connor, Ernest Hemingway, Edward Abbey and Douglas Adams, with my favorite book being Hitchhiker’s Guide To The Galaxy.

I love beautifully written prose and humorous fiction, so as well as having taken several writing workshops, including some in fiction writing and screenwriting, I have written several short stories and some flash fiction which can be found on The Short Humour site:

You can catch up with my latest news on my website

After his job lays him off, Cosmo Greco takes his sister, Silvia, up on her offer to drive to Portland.

At the beginning of the trip, a Mack truck wipes them off the road, nearly killing them. This near-death experience is a wake-up call for Cosmo, and he begins to question the life he’s been leading. He realizes that he is not happy with his current life and wants to make a change.

A number of encounters along the way reinforce this desire, but he’s afraid to leave the familiarity of his humdrum existence for the unknown.

Cosmo’s journey is set against the backdrop of the American road with vivid and soulful descriptions and a cast of colorful characters. So come along on a journey of adventure and awakening.

“Life is short” is a well-known cliché, but how many people actually embrace this saying? That is, how many of us go through our lives pretending that they will never end, and as a result, waste a lot of time?

In Discovery of an Eagle, 28 year old Cosmo Greco realizes that his death is imminent when he is in a potentially fatal car accident. This realization gives him a renewed sense of appreciation for his life, and with this appreciation comes a burning desire to start making the most of his finite time on earth. For the past eight years, he’s worked in a job in which he is bored and unfulfilled. During this time, he has become dead inside. As he grows more and more dead, his life fills with routine and sameness, and his virtual life takes the place of his real life—something which is happening for so many people today. He stops having new experiences and stops noticing the world around him. Soon after the accident, his eyes open and he sees the beauty that surrounds him as he and his sister, Silvia, drive through the lush greenery of Tennessee. He feels as if “he’s seeing the world for the first time.”

.
Throughout the journey, he has encounters with people who give him insight into the finite nature of life and reinforce his desire for change. Clay, a blues musician who lives in Memphis, reminds Cosmo of what it’s like to have passion for something. A woman at an Oklahoma truck stop reminds him that the quality of one’s life is more important than the quantity of life. Crazy Ted teaches him about the infinite power of love when his face fills with light while talking about his dead Navajo wife. Silvia teaches him the value of being creative. From his visit to the Hopi reservation, he learns the importance of staying connected with the spirit world.

.
But the real teaching comes from his own internal voice which he hears for the first time in years. This is the eagle within him, the eagle being a symbol of not just strength and courage, but also of divinity and immortality. This is the thing that enables him to live a happy, fulfilling life. For Cosmo, this means not going back to his old, stale way of life. It means getting out of his safety zone and very possibly going back to school to pursue his study of astronomy, for which he has great passion. It also means that he stop wasting time on such negative emotions as resentment. A very pivotal moment comes when he calls his sibling rivalry, Angie, and apologizes to her for his part in their lifelong tumultuous relationship.

.
As one reviewer wrote: “The book isn’t just about Cosmo’s journey. It takes a hard look at the lives we live, the monotony we assume is a part of adulthood, the little joys we give up on the way and the mediocrity we’re content to settle for. Through Cosmo’s shoes, the reader’s perspectives are quietly opened to new possibilities.”

After a friend of mine read Discovery of an Eagle, she told me that she started seeing the world in a different way and started being observant to the ways in which she herself had grown dead inside. I’m hoping that all readers have a similar experience of introspection and self-examination; that they discover the eagle within themselves.

I write fiction filled with vivid descriptions and imagery- I paint pictures with words! My characters are extremely dimensional and alive; they’re always surprising me by their words and actions. While my books are realistic fiction about such serious issues as family relations, death and addiction, they are very humorous and fun. I hope that readers will be entertained as they gain valuable insights that they can take with them long after they have finished the last page.

My favorite line of literature is from James Joyce’s The Dead:

“Better pass boldly into that other world, in the full glory of some passion, than fade and wither dismally with age.”

I love that quote Grace!

Once again, thank you so much for such an interesting guest post. When I now begin reading, ‘Discovery Of An Eagle’, I shall be thinking about the storyline in a completely different way.

There's a breakfast bap with your name on it! Sign up for the Big Breakfast 5K Fun Run here - https://t.co/LH65QyipOG 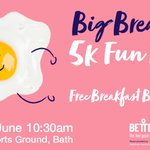 Linking up with: Sunday Salon Sunday Post Kaiyo On Feb. 3rd when I got home from work (I only work from 7-11:30 am) my dog Kaiyo couldn‘t use...