“The Rational And The Supernatural”
A Guest Post By Stan Schatt

I would like to once again turn over ‘Meet The Authors’ to Stan Schatt. If you enjoyed his previous guest post ‘Playing By The Rules’, you are sure to become totally immersed in this, his latest piece, highlighting the intricacies involved in merging the paranormal with a traditional murder / mystery, in his writing. 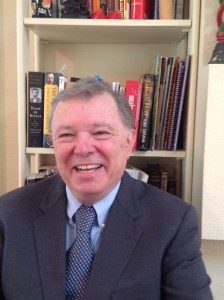 “THE RATIONAL AND THE SUPERNATURAL“

The Supernatural Lies Just Below the Surface

For the past several years I’ve been writing novels that have a paranormal element. My Frankie and Josh series pairs a no-nonsense female detective with a male tabloid reporter who has psychic abilities and can see and carry on conversations with his very attractive and sassy guardian angel. Hello Again, my latest novel, features a nice guy who finds himself harassed by a dead lover, at least that’s what appears to be the case.

So, I obviously have thought a good deal over the years about the nature of the rational world we live in and the irrational world just below the surface. Are there forces beyond our control that control our destinies and the destinies of those we love? Let’s take a software engineer who works in Silicon Valley. On weekends, though, he’s a fanatical sports fan. What happens when his team is teetering on the brink of defeat and everything depends on the final play? What does he do? He more likely than not will say a private prayer. If his team is on a winning streak, he might even choose to wear the same clothes or not shave so that he doesn’t change his luck for the worse. When my main character fears that his lover might be dead, he begins negotiating with the Old Testament God even though he hasn’t prayed to him in years. He silently promises all kinds of things including regular attendance at prayer meetings if only God will spare his lover.

A dead lover wants company. Meanwhile, a no-nonsense detective who doesn’t believe in ghosts teams up with a psychic who fears something very evil is stalking its prey. A scientist finds that modern science can’t explain what he’s experiencing.

Bill met the woman of his dreams, but now she’s become his worst nightmare as her text messages become more demanding and threatening. How can he avoid her when she seems to know every step he takes? When high-tech equipment fails to explain the mystery, he finds the only solution might be to meet her face-to-face.

Hello Again combines the spine-tingling tension of a paranormal mystery and the descent into madness of a psychological thriller with a good detective story’s step-by-step approach to finding a killer.

Clicking on the book cover image, will take you directly to its Amazon ‘buy’ page.

My main character in Hello Again learns from his father that his religion accepts the notion of the supernatural including the presence of demons. His father tells him that it was very easy to believe in such things when living in a remote Polish village without electricity and thin walls that didn’t keep out the shrieking wind that sounded a lot like ghosts moaning. He tells his son that it’s much harder to believe in the supernatural in the modern world.

Is it? Scratch an apparently very rational person living in New York or some other urban center and you’ll find a belief in the paranormal just under the surface. As a child, this person very likely tried very hard not to step on a sidewalk crack least he or she break his mother’s back. As an adult, he crossed his fingers while opening a letter from the college where he applied. When interviewing for a job, this person probably wore a “lucky” suit.

I’m not even talking about people who are conventionally religious. For them, though, belief in God and the Bible makes it difficult not to believe in Satan as a counter-balancing force in the universe. For the non-religious, think of gamblers at a Las Vegas gaming table. How many of them have you observed who appeal to the gods of chance by continuing to do whatever they were doing when they started winning?

Interestingly enough, modern physics has made it easier for rational people to believe in the paranormal. After all, the paranormal is simply a condition that exists when something does not seem normal and where what we assume to be the normal laws of the universe apply. We are learning more and more each day, though, that what we thought to be impossible or paranormal is very possible in a quantum universe. Schrodinger’s cat really can both exist and not exist at the same time. Apparitions that appear to be ghost-like might be images of real people that exist in another quantum universe that touches ours.

My main character in Hello Again starts receiving texts from his dead lover. These messages become more and more frightening when he realizes that modern science has its limitations. His cyber security friend cannot explain the messages through his knowledge of conventional technology. Today most of us have a profound faith in science even though we don’t understand it. But what if the wise men of science are stumped? How quickly will most people resort to the behavior of our primitive ancestors and begin making efforts to appease an angry spirit?

Andrea, the playful spirit in both Silent Partner and A Bullet for the Ghost Whisperer, is not a threatening figure. She is more likely to make you smile than make you leave your lights on all night.

Amber Love in Hello Again is a different figure altogether. She can be downright scary. Having run the gamut from cute to scary, I’ve already made the decision to go back to cute in my third Frankie and Josh book, recently released, Death and Donuts.