My Latest News And MusingsNew Titles

I happened to be in our home gym on Sunday afternoon (not a very frequent occurrence I can assure you), with the television on. The programme which had already started minutes before, titled ‘Vera’, was not one which I had ever come across before, so I decided to keep watching for a while to see what it was about.

It transpired that Vera, was in fact DI Vera Stanhope of the Northumberland police and unconventional doesn’t come near to describing both her appearance and her style of investigating a crime. The character of Vera was played by the multi-talented, British actress Brenda Blethyn, with her very able (not to say ‘dishy’) and seemingly long-suffering Sergeant Joe Ashworth, played by David Leon.  I became so engrossed in the programme that my exercise programme lasted for a full 90 minutes, needless to say, by Monday morning I am now hardly able to move!

I came across this great interview with the two stars of the show and it was only then that I discovered that the series had first aired to television in the Summer of 2011 and was based on a series of books by one of the undisputed Queen’s of the mystery genre, Ann Cleeves.

I haven’t read anything by Anne Cleeves for several years and best associate her with books featuring her earlier created characters of George Palmer-Jones and Inspector Ramsay.

I shall definitely be ordering the four, already established stories featuring DI Vera Stanhope, together with a fifth newly published mystery for her to solve in The Glass Room (Vera Stanhope 5), especially as this case involves a group of aspiring authors, attending a workshop at a country retreat!

I also love the cover of this book, great perspective and light intensity

‘THE GLASS ROOM’ by ANN CLEEVES

DI Vera Stanhope is not one to make friends easily, but her hippy neighbours keep her well-supplied in homebrew and conversation so she has more tolerance for them than most.

When one of them goes missing she feels duty-bound to find out what happened. But her path leads her to more than a missing friend . . . It’s an easy job to track the young woman down to the Writer’s House, a country retreat where aspiring authors gather to workshop and work through their novels. It gets complicated when a body is discovered and Vera’s neighbour is found with a knife in her hand.

Calling in the team, Vera knows that she should hand the case over to someone else. She’s too close to the main suspect. But the investigation is too tempting and she’s never been one to follow the rules. There seems to be no motive. No meaning to the crime. Then another body is found, and Vera suspects that someone is playing games with her. Somewhere there is a killer who has taken murder off the page and is making it real . . .

All you've done is taken in a parcel for a neighbour. You have no idea what you've let into your home...

But Emma's the one that got away. 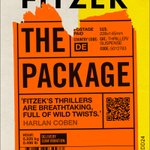 PEOPLE OF ABANDONED CHARACTER asks: What would you do if you thought your husband was Jack the Ripper?

Pick it up on 1st October! #PublishingHappyHour 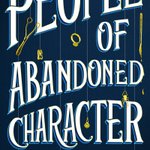