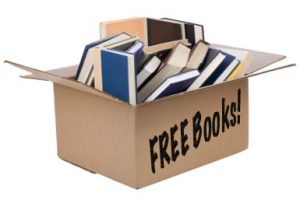 We have spent almost the entire Bank Holiday weekend, sorting and packing books, about 80 large boxes, plus bags … a total of some 4,000-5,000 books!!!

They have finally been collected, late this afternoon, by a charity called Book Cycle, who came all the way up to Somerset, from Exeter in Devon.

You can’t believe how difficult it has been to find a charity or organisation who actually wanted this quantity of books, value approx £3,000, FOR FREE!

Plenty of charities and libraries showed an interest in them initially, but then decided that they only wanted certain types of books and only delivered to them in small quantities, when they were ready. These people actually proved so difficult to deal with, that I was on the point of giving up and had resigned myself to paying to have them dumped! I even tried bagging them up for the recycling company, but they let us down so often with their collection days, that I was forced to dump quite a few and I just didn’t have the heart to keep doing that.

I would have preferred to support a charity or organisation in the local area, but just couldn’t hold onto them any longer, it was either the books or me, according to my poor husband!!

The books are some of those amassed when I had my small on-line business, selling used books through Amazon. I stuck with it for more than three years, before deciding that economically it was no longer a viable proposition. I wasn’t out to rule the world or make a fortune, you understand, but breaking even and covering costs would have been good, as it was actually something that I enjoyed doing and was the next best thing to having a bookshop of my own.

The emergence of the mega ‘penny’ booksellers, with their cheap bulk rates of postage, more or less put paid to many of the small sellers, who after paying Amazon commission charges on both the book sale and the postage, were very lucky not to be running at a loss.

When Amazon then started their own ‘fulfilled by Amazon’ service, that was more or less the death knell for many more, who had until then been clinging on, as all FBA sellers are automatically pushed to the top of the list, when seen by the customer.

We are talking about books that were purchased from a variety of sources, both fiction and non-fiction, and were all of good saleable quality, as I refused to get sucked into the trap of buying in bulk from charities or book remainder companies, preferring to trawl the shops and select my own stock, picking only those of excellent quality and good saleable subject matter. Besides which, I really enjoyed searching out the good buys and if truth be known, I had amassed far more stock than I could realistically sell, we were on overload in our modest home!!

Parting with FICTION books, I hear you all shout!! Yes I’m afraid you heard right, I have had to part with about five hundred fiction books, with many recriminations, regrets and tears, I have to say. I kept putting them to one side and assuring my husband that I really could read them all, but when he pointed out just how quickly I would need to read them, to ever stand  a fighting chance of reducing the pile, I had to admit defeat.

To be honest, I didn’t have much of a leg to stand on, when it transpired that I have another 500-600 fiction books, still on my bookshelves, that were not part of the original count. So now that I have some floor space back in my office, we have decided to invest in a couple more floor to ceiling bookshelves, then my TBR pile can be sorted into some kind of order and I can start to catalogue exactly what gems of fiction reading, I do have.

I am on a definite book buying ban at the moment, but if family and friends offer me books that they have finished with, it would be churlish to refuse now, wouldn’t it????