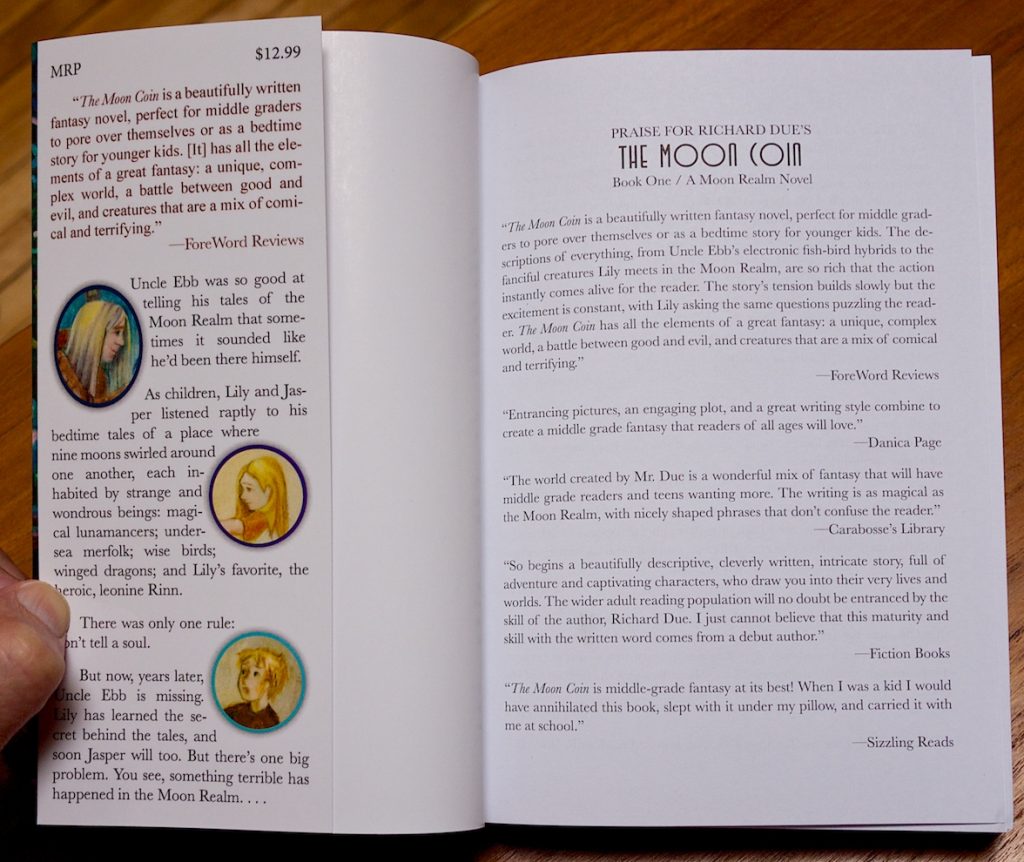 I can’t believe what I am seeing, my name in print, in an actual book!

I have just received a lovely email from the author of the ‘Moon Realm’ series, Richard Due.

The purpose of the email was twofold ..  To let me know that the first book in the series, ‘The Moon Coin’, is now available as a paperback book, as well as its original e-book format and to show me that Fiction Books features, along with some of my fellow bloggers, in the testamonials for the book, right there, on the first page!

This is certainly exciting for me, as I never even contemplated when I first began blogging, that anyone would consider my thoughts and views about a book to be worthy of a second glance, let alone that any author might consider my remarks notable enough to actually commit them to print.

For Richard, seeing his book as a physical entity, which he could touch and feel, must have been quite a moment, especially with all the alluring illustrations it contains, so beautifully penned by talented illustrator, Carolyn Arcabascio. I am almost certain that ‘The Moon Coin’ is just one of those books which is going to have so much more appeal as a printed copy, to be treasured and read again and again, by children and adults of all ages!

I love the new and updated cover art too!