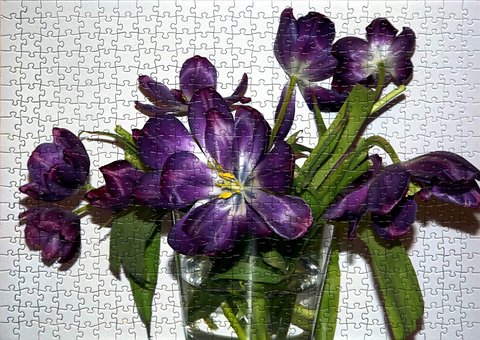 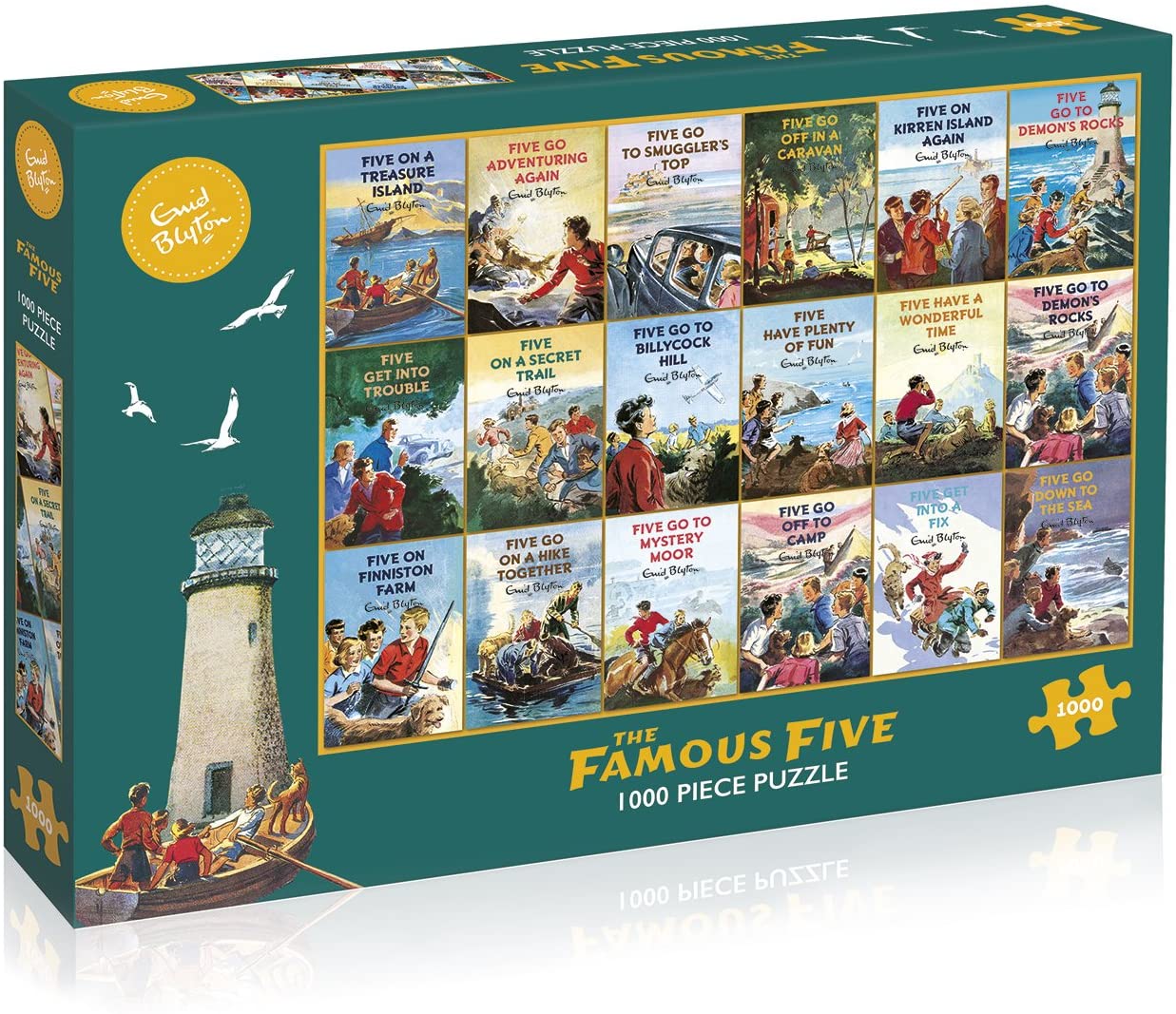 Clicking on this Amazon link will allow you to magnify individual montages, for a closer look at this selection of 18 Famous Five book covers from the original series.

Once again, it was all those pesky same coloured edge pieces and book dividers which had me scratching my head, especially as so many of the individual book covers were also so similar in colouring. Something I never gave much thought to when I avidly devoured the series as a child, although I suppose on looking back, there just weren’t the graphics around to improve the image definition and colour saturation, in the way which we take for granted when we choose our book covers today! In that respect, the jigsaw offers a realistic and true to the times representation of the books as they actually were. 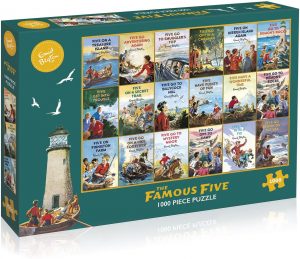 Enid Mary Blyton (11 August 1897 – 28 November 1968) was an English children’s writer whose books have been among the world’s best-sellers since the 1930s, selling more than 600 million copies.  Her books are still enormously popular, and have been translated into 90 languages, being translated more often than any other children’s author. She wrote over 600 books and hundreds of short stories, covering a vast variety of subjects, that have delighted children for generations.

The Famous Five stories, now more than 75 years old, are perhaps the most popular of her books and celebrate the timeless themes of adventure, heroism and friendship.

This 1,000 piece jigsaw puzzle commemorates The Famous Five series by featuring some of the iconic original cover illustrations by Eileen Soper.

Join Julian, George, Dick, Anne and Timmy the dog, to relive your favourite adventures as you complete this tricky puzzle.

Enid Blyton’s Famous Five, like so many of my jigsaws, was a charity shop purchase, from Dorothy House Hospice shop in Warminster, Wiltshire, where I volunteer.

Any thoughts or comments are my own personal opinion and I am in no way being monetarily compensated for this, or any other article promoting Gibson’s puzzles.