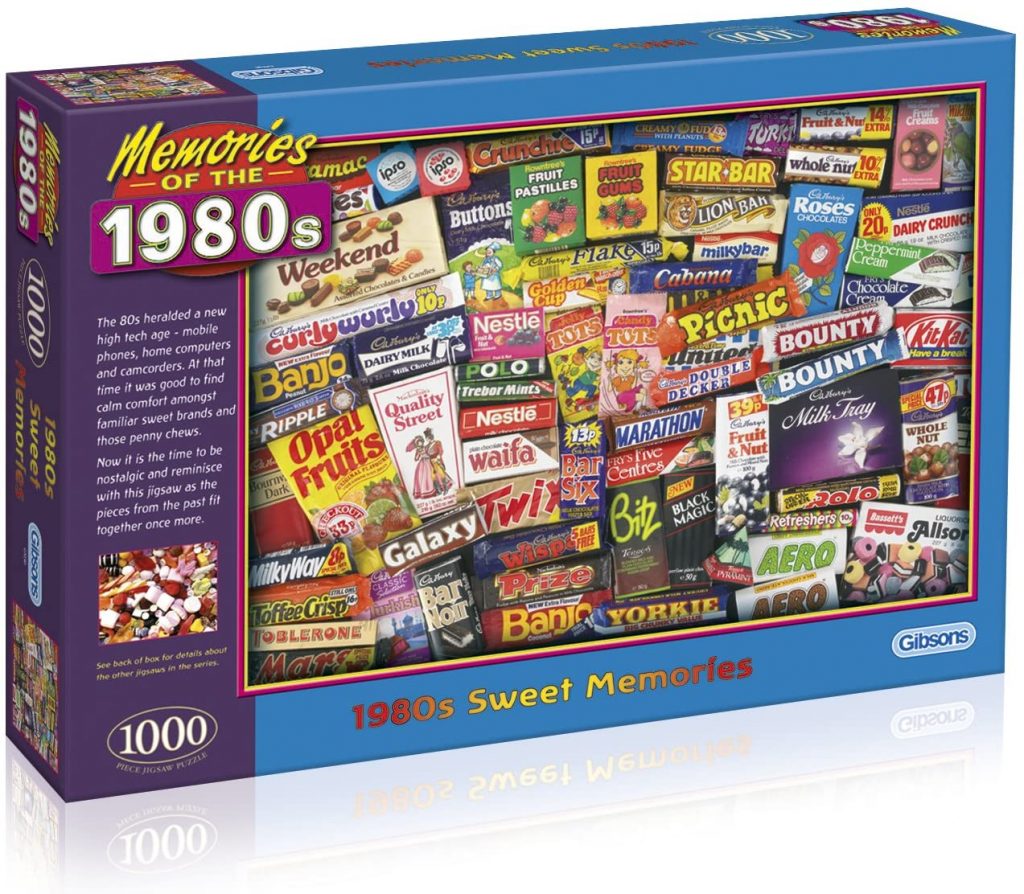 Clicking on this Amazon link will allow you to magnify individual montages, for a closer look at all the sweet treats! – although there were some here, that even I did not recognise, nor remember! 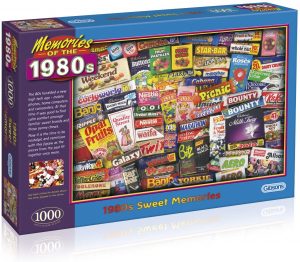 The 1980s heralded a new high tech age – mobile phones, home computers and camcorders. At that time it was good to find calm comfort amongst familiar sweet brands and those penny chews. Now it is the time to be nostalgic and reminisce with this jigsaw as the pieces from the past fit together once more.

As the price of confectionary rose during the eighties, the language for selling them moved up a gear. Packs offered “10% extra; at least 3p off; special price; new low price; new longer size; trial price; only 20p” and “one extra Rolo free.”

It was during this decade that barcodes appeared on every product, and the move to flow-wrap packaging began to replace the use of silver foil paper, that had been so much part of chocolate bar wrappers for generations.

While some pack designs moved tentatively from their original format – Bounty bar added a coconut tree – most clung onto the consistency that had made them popular. For instance, Toblerone had retained the same graphics since launch in 1908. Even so, it was in 1990 that Marathon made the dramatic name change to Snickers, and Opal Fruits became Starburst in 1998. 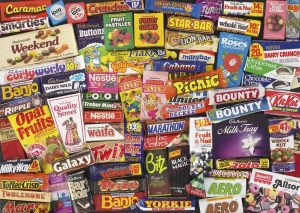 This evocative and nostalgic series of sweet memory jigsaws will remind us all of running down to the corner shop to buy our favourite treats. Through this series, the changing face of familiar wrappers can be seen, along with the products that have come and gone. Whatever our age, they have played a part in our lives – and our memories.

1980s Sweet Memories, like so many of my jigsaws, was a charity shop purchase, from Dorothy House Hospice shop in Warminster, Wiltshire, where I volunteer.