is a weekly meme where we share new (to us) words that we have encountered in our reading.

It is hosted by Kathy, over at BermudaOnion’s Weblog.

Once again this week, I am almost certain that many of you will know of the two phrases which I am sharing, although both they, and the word which is new to me, will probably be of interest to followers from outside the USA.

I had great fun checking them out, so that I could fully appreciate the use of them in my reading experience.

My book this week is ‘Skin Games: A crime drama’ by Adam Pepper.

Growing up in the Throggs Neck section of the Bronx …

Throggs Neck (also known as Throgs Neck) is a narrow spit of land in the southeastern portion of the borough of the Bronx in New York City. It demarcates the passage between the East River (an estuary), and Long Island Sound. “Throggs Neck” is also the name of the neighborhood of the peninsula, bounded on the north by East Tremont Avenue and Baisley Avenue, on the west by Westchester Creek, and on the other sides by the River and the Sound. Throggs Neck was largely exempt from the severe urban decay that affected much of the Bronx in the 1970s.

Throggs Neck is at the northern approach to the Throgs Neck Bridge, which connects the Bronx with the neighborhood of Bay Terrace in the borough of Queens on Long Island. The Throgs Neck Lighthouse formerly stood at its southern tip. Historically, the correct spelling is with two “g’s,” and while NYC Parks Commissioner and Triborough Bridge and Tunnel Authority Chairman Robert Moses officially shortened it to one “g” after deciding that two would not fit on many of the street signs, residents continue to recognize the traditional spelling.

There is some fantastic additional information about the history of Throggs Neck if you click on the Wikipedia link above.

CUCHINA (CUCINA) … Cucina… pronounced ‘Cuchina’, the Italian for kitchen or a place where food is prepared.

I could probably have guessed at this one and got it right, but I just wanted to make sure of my facts.

The Meatpacking District is a neighborhood in the New York City borough of Manhattan which runs roughly from West 14th Street south to Gansevoort Street, and from the Hudson River east to Hudson Street, although recently it is sometimes considered to have extended north to West 16th Street and east beyond Hudson Street.

The area’s decline began around 1960s, as part of the general decline of the waterfront area. Containerization of freight, the advent of supermarkets which changed the distribution pattern for meat, dairy and produce from a local- or regionally-based system to a more national one, the development of frozen foods and refrigerated trucks to deliver them, were all factors, but meatpacking continued to be the major activity in the neighborhood through the 1970s. At the same time a new “industry”, nightclubs and other entertainment and leisure operations catering to a gay clientele began to spring up in the area.

In the 1980s, as the industrial activities in the area continued their downturn, it became known as a center for drug dealing and prostitution, particularly involving transsexuals. Concurrent with the rise in illicit sexual activity, the sparsely populated industrial area became the focus of the city’s burgeoning BDSM subculture; over a dozen sex clubs – including such notable ones as The Anvil, The Manhole, the Mineshaft, and the heterosexual-friendly Hellfire Club – flourished in the area. A preponderance of these establishments were under the direct control of the Mafia or subject to NYPD protection rackets. In 1985, The Mineshaft was forcibly shuttered by the city at the height of AIDS preventionism.

Again, more extensive information and history is available by using the Wikipedia link above.

A fantastic book, my review will be here soon.

Christmas and romance are in the air...

#MagicUnderTheMistletoe by @LucyColemanAuth is your perfect dose of festive romance! ❄️ 💝 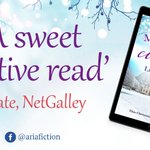