“Dealing With The Grief Of Suicide”
By Kevin McAllion

To coincide with a book signing today, author Kevin McAllion has stopped by with copy for a promised guest post.

Please don’t let the title of Kevin’s article deter you from reading on. He deals with a difficult subject, which has touched him personally, in a sensitive and thoughtful way. His true and honest feelings for his fellow humans and his own immediate family, are touchingly committed to paper in this carefully worded copy. Whilst his debut novel ‘Moristoun’ translates into a distinctly deeper, darker and more blackly humorous take on the subject, appealing to a much wider reading audience.

Over to you Kevin 🙂

This Is My Debut Novel … Welcome to ‘MORISTOUN‘

Hi! This Is Me … KEVIN McALLION 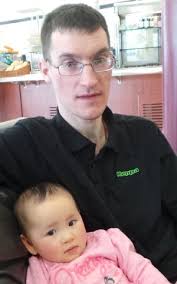 I was born in Dundee, but now live in Glasgow with my wife Thanyalak and daughter Jennifer.

I have travelled around the world, visiting Japan, Korea, Hong Kong, Thailand, Bali and Australia. I eventually returned to Thailand, where I remained for 18 months, working as an English teacher for Berlitz.

I have worked as sports journalist since 1997, when I started out writing football match reports for The Sunday Mail newspaper while still a journalism student.

I have written and edited for a wide range of publications since then, including the Scottish Daily Express, The Big Issue in Scotland, The Herald, The Scottish Standard and The Scottish Daily Mail. I now work full-time as a sub-editor for the Daily Record and Sunday Mail.

Catch up with all the latest news on my Website

“DEALING WITH THE GRIEF OF SUICIDE“

“There is but one truly serious philosophical problem – and that is suicide.”

Authors are always told to write about what they know when they approach their first novel but when I started writing Moristoun back in 2012, suicide had yet to impact directly on my life.

Despite the fact that someone attempts to take their own life roughly every three seconds, the same average time we take between blinks, the subject had barely caused me to bat an eyelid, save for the occasional death of a troubled celebrity.

Yet when my mind turned to more ethereal matters one night, I started to think about what fate awaited those who took the ultimate step of ending their own lives. That led me to think about Scottish suicide victims being banished to their own private purgatory, planting the seed that would eventually grow into Moristoun.

Yet as I started to craft this mysterious realm, I knew I had to tread carefully. Suicide is not a topic you can treat too lightly, something I was wary of given that I intended to write a black comedy. The last thing I wanted to do was offend anyone who had lost a loved one to suicide, a need that became even more pressing just a few weeks later when one of my friends decided to take her own life.

When I first heard the news of her passing, disbelief was the over-riding emotion. It was hard to imagine the vivacious girl who had been the life and soul of so many parties during our university days becoming so consumed by darkness that she found herself left with just one bleak option. That life was over for her before she had even reached her mid-Thirties seemed grossly unfair. If there was any justice, her immense spirit would now be freed to set off on another adventure, having finally unburdened herself of the troubles that haunted her mortal existence.

This helped me to shape the world I went on to create in Moristoun as I began to build a community of those who had found themselves washed up on the island’s shores after suicide. Setting my book in the afterlife offered me great freedom as a writer because I could make Moristoun as strange as I wanted and nobody could have taken to me to task. After all, no one can say with any great certainty what awaits us when we breathe our final breath, no matter how strong our religious convictions. What lies beyond remains the great mystery. 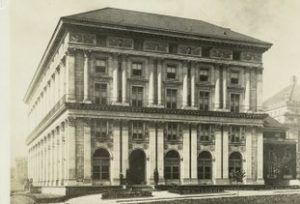 Where Farqhuar, Dr Barrett and countless other ethereal bureaucrats go about their business. Remains a place of mystery for most Moristounians, who are denied access to 90 per cent of the rooms.

Despite this, I made a deliberate point of making Moristoun relatively mundane, as I wanted it to reflect Scottish society. I started the book just a year before the Scottish Independence Referendum and hoped that Moristoun would hold a mirror up to our culture at a time when our national identity was under the microscope like never before. 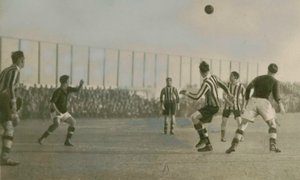 That’s why you find Moristoun’s football fans squabbling about the same issues as Celtic and Rangers supporters while most of the populace opt to drown their sorrows in the island’s three watering holes instead of acquiring the wisdom that will help them gain enlightenment. 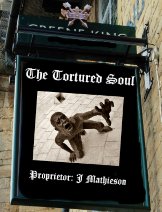 Jimmy’s pride and joy is the most welcoming of Moristoun’s three watering holes, although the competition isn’t exactly stiff.

This quest is at the heart of Moristoun as three of the main characters – Buchan, McSorely and Hogg – embark on very different journeys towards enlightenment while on the island’s shores. I hope readers will think about their own spiritual side while making their way through the book as the advance of vapid consumerism has distracted more and more people from life’s true meaning.

I strongly believe technology is one of the main reasons for this and this is something I wanted to address in my book. Moristoun remains an analogue world and although it is supposed to be a place of punishment, McSorely actually finds his social life improving when freed from the digital shackles of his iPhone and laptop as he is forced to engage in conversation with those around him.

As the father of a three-year-old girl, I worry about the world we are creating for our children, a place where people in the same house choose to communicate via social media instead of popping their head around the door and actually speaking to each other. The isolation caused by all our gadgets can surely only push more people towards suicide and it’s perhaps no coincidence that South Korea, one of the most technologically advanced countries in the world, has the second highest suicide rate.

Thousands of lonely Koreans log on their computers every night and pay for their privilege of watching homely girls rustle up dinner on their webcams before they both sit down together to sate their hunger in unison. It’s a tragic reflection of a decaying society, although the girls are unlikely to shed any tears as some of them can earn up to £7,000 a month. Having polished off their expensive dinner, many of these Koreans then switch on their TVs to watch their countrymen play computer games against each other professionally, with the vast viewing figures providing further evidence of technology’s corrosive effect. 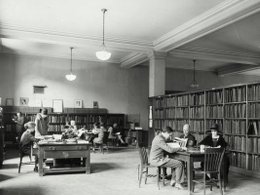 The most important place for a citizen of Moristoun, if they hope to depart its shores. Knowledge is power on this island.

In Moristoun, books provide the main source of entertainment, apart from the weekly dose of TV and film afforded to the citizens on their trips to the Rialto cinema, and there are nods to some of my literary favourites littered throughout the novel. The library is the most important place on the island as it houses the one book that can give Moristounians the tools to move on and reach a higher realm. But it is written in a series of classical languages and the sloth I see creeping more and more into society stops most of the citizens from studying the languages. 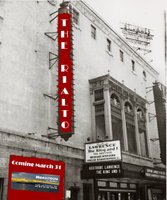 The entertainment hub of a Moristoun

Yet despite fearing for the future of Scotland, and indeed the rest of the world, the message I hope my book imparts is one of hope; that no matter how dark things become there is always light at the end of the tunnel.