The opportunity to feature this great debut novel, by a new name in the world of fiction writing, came to me direct from Philippa Cotton, Press Officer at publishing house Cornerstone, with a fantastic crisp new paperback copy arriving in the post within hours!

Philippa has arranged a very well supported blog tour for Falling, where there will be some excellent promotional posts and interviews published and you will be able to get a real flavour for the story, before hopefully reading it for yourself!

Just to get you started, and to avoid repeating the same lines when I include  Falling as part of my ‘Book Beginnings’ meme, I have decided to share an extract from Chapter Two … 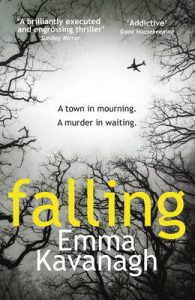 I was born and raised in Swansea, South Wales and, as my mother would tell you, I first announced that I wanted to be a writer at the grand old age of 5. I believe that I was dazzled by the riches that would fall to writers after being awarded a gold star and a lollipop for a 6 line short story. Ah, the ignorance of youth.

I took a somewhat circuitous route to authordom. Having decided that if I was going to write then I perhaps needed something to write about, I studied psychology in Cardiff University and then, for want of anything better to do (seriously!) I continued on into my PhD. The logical step, having achieved my much longed for doctorate, was to carry on into psychological research. So, obviously, I left academia as fast as my little legs could carry me, and instead started my own consultancy business, specialising in providing training to police officers and military personnel on the psychology of critical incidents.

I was 25 at the time and entering into a highly male dominated industry – my main area of focus was the use of firearms – so it shouldn’t have worked. But in defiance of all logic, it did, and I spent many fulfilling years travelling across the UK and Europe providing training and consultancy to police forces and NATO. I ran about fields taking part in tactical exercises, designed live fire training scenarios, played a VIP in bodyguard training events and fired my share of guns. It was, by anyone’s standards, an unusual life.

But still, it wasn’t writing. So, now that I had something to say, I faced the demon of the blank screen and started to write my first book. It was not good. It was, however, undeniably a book shaped creation and it gave me the courage to try again. This next book was better and got me my agent, the truly wonderful Camilla Wray at Darley Anderson. Still, the holy grail of the publisher’s deal remained just out of reach. I took some time off, had my first son, and then, when he was three months old began to write the book that would become Falling.

Fortunately, Falling turned out to be the one, and it was picked up by Jenny Geras at Arrow. I now get to officially call myself a full time author (alongside being a full time mother). My second book, Hidden, is due for release in April, 2015 and I type this with my 6 week old second son on my lap, still unable to believe that I got to be so lucky. 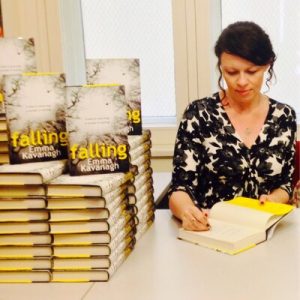 Thanks for stopping by Emma, it has been great hosting you, here at Fiction Books and thank you for entering into the spirit of the blogging community.

I look forward to reading ‘Falling’ and wish you every success with future book sales. 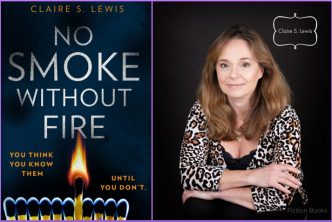 ‘No Smoke Without Fire’
by Claire S. Lewis
Cover Reveal

Are you looking for a 'real feel-good read' to read in those chilly evenings? 💕 ❄️

@mandybaggot has got you sorted with #OneNightOnIce, a heart-warming romance that will keep you turning it's pages... 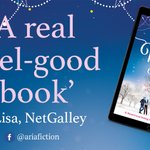 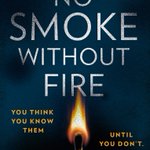