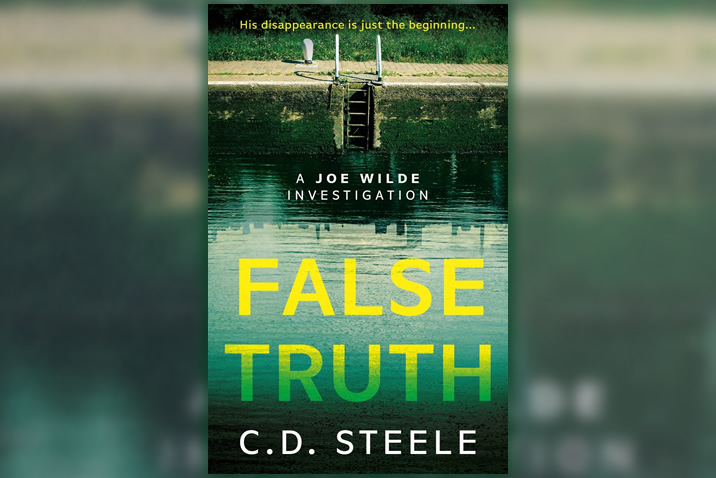 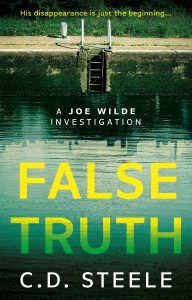 His car was found abandoned at Lea Bridge in Hackney, a known suicide spot, six weeks prior.

With help from friend and retired MI6 Data Technician Mark Thompson, Joe uncovers a huge secret in Liam’s life. Putting the pieces together, he starts to suspect that this case is far more complex than he originally envisioned.

Falling ever-deeper into his own investigations, Joe meets with the detective in charge of the case, D. I. Carl Whatmore, who does not take kindly to Joe getting involved.

As Joe and D. I. Whatmore go head-to-head in their own investigations, more lives are put in danger. But who will crack the case? Only time will tell…

C. D. (Christopher) Steele works as an Executive Officer in the Civil Service.
He has a degree in Recreation Management.
He lives in Bangor, County Down, Northern Ireland.
This is his first novel.
Christopher is not on social media as yet.

“‘Goal! What a finish, that now makes it two-nil to Northampton – surely there is no way back now for Leyton Orient?’ the TV commentary blared out from the live-stream

‘Bloody useless,’ shouted Liam Devlin as he ran into the living room from the kitchen. ‘We will get relegated at this rate.’ Liam, of course, would have been playing for his beloved Leyton Orient tonight had he not currently been serving a twelve-match ban for illegal betting”

“He caught a glimpse of the man through his camera lens; he was coming out of an apartment block carrying a leather-look briefcase. He was talking on his phone; a minute or two later a long-legged blonde-haired woman in her thirties came out after him. The man ended the call and turned to face the woman; they exchanged a few words, then all of a sudden embraced and kissed each other passionately. ‘Bingo!’ Joe Wilde said to himself as he repeatedly snapped the unsuspecting couple”

“Joe just walked away, gently shaking his head. He couldn’t understand this modern phenomenon of people being fascinated by death and destruction”

“The buck stops with the man at the top, as it always does”

“The truth, the whole truth, and nothing but the truth…”

I know that relatively speaking, this book was quite short for a novel by today’s standards; but seriously, they do say that ‘good things come in small packages’ and they aren’t wrong there! I powered my way through this book in less than a day and I simply couldn’t bear put it down. I was just grateful for the neat, compact chapter lengths, which meant that I could fit in a few ‘comfort’ breaks relatively easily!

If the author himself hadn’t told me, I would never have known that he was new to this game and that this was his debut novel. For me, it was pitch-perfect, with both storyline and writing style standing up well alongside the books of some of the much more seasoned authors I have read.

For me personally, I need four things to happen for a story to come together: A beginning which gets right to the heart of the story and this one certainly hits the ground running. A storyline which is well paced and fluid; this one is almost completely seamless, with never a wasted word and plenty of twists and turns. An ending which is conclusive so that the book can be read as a stand alone story; and in False Truth, all those loose little end are very satisfyingly and neatly tied up. Oh! and the main protagonist can’t be dead; which Joe manages, but only by the skin of his teeth, as it is a very close call.

This well structured, multi-layered and intensely textured thriller, is rich in atmosphere and totally immersive, as the many various and complex strands of the case send Joe off at a complete tangent, before he begins to weave them all together in his mind and works out exactly what is going on, in a game where he discovers to his cost, that he can trust no one and the person he had thought to be so firmly against him, in fact turns out to be, his only one true friend and ally.

The anarchy of right wing politics, illegal gambling debts, homosexuality, drug dealing, and the duplicity and corruption of two security services which guard a nation both at home and overseas, all come under the spotlight in this gripping and disturbing complex plot, which drags Joe half way around the world, where he unintentionally places an innocent life at risk, which doesn’t sit well with him. My armchair travels took me to countries I haven’t visited before on my reading journey, and whilst for any well travelled fellow readers, there might not have been sufficient background depth to their visit, for me there was just the right amount of visual depth to the descriptive narrative to offer a sense of time and place and whet my appetite for any future forays to the locations.

Christopher has created a well drawn, multi-faceted cast of developed characters, who whether they are on the side of good or bad, are authentically realistic, genuinely believable in the individual roles which have been created for them, and who with a strong voice, totally owned this story from beginning to end. Joe definitely doesn’t suffer fools or turncoats gladly. If you are friend he will defend you to the end and lay down his life for you – But cross him and you will feel the full force of his wrath. His retribution is swift, non-negotiable and final. Carl was probably the least developed of the characters, and although that was very much the role which had been assigned to him in this case, I hope that his voice will grow stronger and his personality and strengths evolve, over the course of the series – Oops! did I say series?

I really hope that PI Joe Wilde and DI Carl Whatmore are destined to return with a new case to solve very soon The partnership certainly has the potential to develop and go places, under Christopher’s watchful eye! 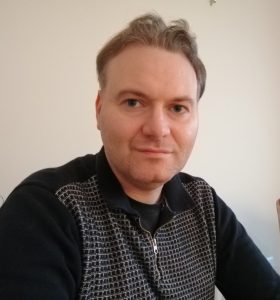 A complimentary PDF copy of this book for review, was made was kindly made available by its author.