This one landed on my desk courtesy of a ‘Read Now’ offer from publisher, Quercus Books and NetGalley, so my thanks to both parties for giving me the opportunity to spread the word and share my thoughts.

For 150 years, above the Scottish cliffs, Caldonbrae Hall has sat as a beacon of excellence in the ancestral castle of Lord William Hope.

A boarding school for girls, it promises a future where its pupils will emerge ‘resilient and ready to serve society’.

Rose Christie, a 26-year-old Classics teacher, is the first new hire for the school in over a decade.

At first, Rose feels overwhelmed in the face of this elite establishment, but soon after her arrival she begins to understand that she may have more to fear than her own ineptitude.

When Rose stumbles across the secret circumstances surrounding the abrupt departure of her predecessor – a woman whose ghost lingers over everything and who no one will discuss – she realises that there is much more to this institution than she has been led to believe.

As she uncovers the darkness that beats at the heart of Caldonbrae, Rose becomes embroiled in a battle that will threaten her sanity as well as her safety… 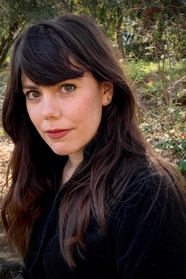 Phoebe worked in education for eight years, teaching Classics in the UK and English Language and Literature in Paris.

She is both British and French, and currently spends her time between France and England.

Madam is her first novel.

If you want to know more about what makes Phoebe tick, then this amazing interview is just for you

“The merriment of moments before had dissolved into panic; chairs were dragged back, wine glasses tumbled to the floor. Soft silk dresses moved quickly as the wall of smoke drew nearer, thick with heat and tails of flame”

“Rose leaned on the wall behind her and spoke in a rush. ‘Mum, I had to phone you. Sorry, I know it’s a bad time, but…the thing is, I got the job.’

“Clearly that’s how they do things. Besides, nepotism is how Britain is run, so why shouldn’t we benefit from it?”

“As she poured the blood-red liquid into a glass at the bar, she wondered how an establishment that promised to educate ‘girls of the world’ could somehow make its women feel so small”

“She’d somehow bound herself up in this bizarre ensemble of fate, the three of them: one dead, one absent and one very much alive”

“The envelope she discarded. She knew the culprit would never reveal herself, and the letters might continue until Rose had plastered them all over the mirror, all over her skin, all over her heart, and driven herself mad”

“Wipe away this living stain on education, on womankind”

“Light a fire they can’t put out”

OMG! I really just don’t know where to begin with this review. I generally try not to research any reviews by my fellow readers until I have finished reading a book for myself and having now done that, I realise just how divided opinion is about both the storyline and writing style. For me personally, the only slight disappointment, if you can call it that, is the length of the book, which might have been a little overdone, although I’m not sure it would have had such a comprehensive outcome, or had such a horrific impact, had it been rushed or condensed any further. With the stakes getting higher by the minute, I really needed to read and digest, every word, nuance and inference, whilst making sure that I hadn’t missed the tiniest detail of the visual action, where every syllable spoken, every snide look given, every innocuous movement taken, was so important in the overall scheme of things.

Apart from that, this story did the job the author no doubt set out to do, with the reactions it engendered and the feelings it evoked – At least I do hope that was the case, as I was really taken on what seemed to be a uniquely individual journey, which I didn’t want to take when I realised even a small part of what was going on, definitely didn’t want to finish because I was quite frankly scared of how it all might end, but was powerless to stop!

In fact, at one stage I did begin to wonder if some part of this novel was indeed based on fact! As far-fetched as this may seem, given the multitude of scandals and atrocities of abuse and exploitation, both physical and mental, which have been uncovered in so many esteemed institutions over recent years and released as information into the public domain, highlighting similar events which took place over the course of past decades, including the 1990s, when this storyline is set, I wouldn’t have been at all surprised. This storyline was perhaps made more nauseating by the fact that many of the parents were also complicit in events, along with the adult teaching staff, although why that should astonish me even more, I have no idea!

The opening lines of the prologue set the expected outcome in no uncertain words, leaving me in no doubt that everything before that was going to be a boiling pot of disturbingly intense emotions and events. The storyline was a real slow-burner, which set the scene and ramped up the tension at almost every turn. But that ending wasn’t the killer I had thought it would be, as there was more beyond, but I just couldn’t think about that, I was too shell-shocked to comprehend the final outcome, which I was only able to sit and digest the consequences of fully, after I had closed the final page. I certainly never saw it coming and I am left wondering if the overtly feminist overtones of this catastrophic endgame might have gone just a little too far and totally overstepped the mark for me. There surely has to come a time in any war waged, when the end cannot justify the means!! Perhaps Rose is more of her mother’s daughter than she realises, or has she just been pushed beyond the limits of all sane and logical reasoning? Although, with all the chapter opening vignettes featuring strong female characters from classical literature, which Rose includes as part of many lessons for her classes, I’m wondering also just how complicit she is in the ultimate turn of events, however unwittingly.

This multi-layered, well structured, lugubrious storyline, was never going to have any lighter moments of heart and humour, this was intense Gothic Noir all the way, and for me personally evoked real overtones of a Daphne du Maurier piece. The air was constantly crackling with tension, the atmosphere was dark, brooding and highly textured.

Skilfully, maturely and assuredly written, with great depth and range, by an author who is clearly unafraid to tackle difficult subjects, this gripping and disturbing storyline, is desperately intense, highly perceptive, sickeningly rich in detail and achingly raw. The physical landscape, whilst also fictional, which meant I couldn’t relate to it in quite the same way as if I had been able to physically research the area for myself, is still well described and defined, whilst this monolithic fortress takes only prisoners. No-one escapes this life sentence, at least not with body, soul and mind intact!

Phoebe has created an entire cast of complex characters who are entirely reprehensible, completely untrustworthy and definitely not investable on any level, as Rose herself quickly discovers. They are all brain-washed, emotionally challenged and place themselves willingly at the mercy of the ‘money making machine’, for whom feelings, sympathy, empathy and any form of humanitarian engagement with either their peers or the children in their care, is way outside of their emotional psyche. Once you are in the ‘care system’ of Caldonbrae Hall, you can’t escape its clutches.

As a powerful, debut work of fiction from a new author, the future bodes well for Phoebe, although I am almost dreading what storyline she might possibly have in store for us next!

A complimentary download of this book, for review, was kindly made available by publisher, Quercus Books and NetGalley, as part of their ‘Read Now’ promotion.

I personally do not agree with ‘rating’ a book, as the overall experience is all a matter of personal taste, which varies from reader to reader. However some review sites do demand a rating value, so when this review is posted to such a site, it will attract a well deserved 4 out of 5 stars.