It may not be that I am always in a position to read and review a particular book, due either to time specific work schedules, or as in this instance, simply that the genre of writing is not one which I am comfortable reading and thus wouldn’t feel happy in reviewing or commenting on with sufficient authority, to highlight the full potential of either the story, or its author.

However, it is always a privilege and pleasure to meet, showcase and feature new talent, so this time I would like to say a warm Fiction Books welcome to debut novelist, Frances Vick.

The music scene of the late 1980s and early 1990s, is unfortunately and I hate to admit this, about 15 years too late for me, however for those of you who were, and still are, followers of the whole indie band culture, then I am certain that Chinaski will be right up your street.

The book has so far received nothing but 5 star ratings and reviews, on both sides of the Atlantic.

I’ll leave Frances tell you all about herself and Chinaski … 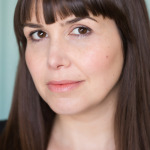 I am the only child of parents who worked at a top security psychiatric hospital, and I grew up receiving disquieting notes and presents from the inmates – wonky lolly stick houses and the like. My favourite was a Home Sweet Home embroidered wall hanging from a serial arsonist.

I was expelled from school, and spent the next few years on the dole, augmenting my income by providing security and crewing for gigs, and being a medical experiment guinea pig.

I wanted to write since I was a child, but I was one of those people that never had the confidence to finish anything, or often even begin anything. I have notebooks going back for years with half thought out scenarios, overheard conversations, little ideas, but nothing solid. So, once I got off the dole, I did lots of other things- I taught teenagers in Japan, I was a life model and cook in Italy, I worked in a LGTB theatre in New York, and with young offenders and homeless refugees in London. And a lot of people told me their stories. So, recasting all that into some sort of narrative, perhaps those years of not writing, but experiencing, listening and noting down were the years of preparation I needed.

Keep your confidence up. Read. Mostly though, you have to sit down each day for a few hours and write whether you feel like it or not – don’t wait for inspiration. Writing is a job. Do your research. All that research will give your novel an edge, because you know what you’re writing about, it will be authentic. Expect disappointment – your manuscript WILL be rejected – you’ll have to develop a thick skin. But if you stick with it and write with honesty, energy and originality, you’ll succeed.

I wrote Chinaski over a year or so, in the scraps of time I had to myself when my eldest child was at nursery and my youngest was napping. I did a lot of research on the music industry, analogue recording techniques, touring schedules and the like. I got in touch with bands of that era, read as many music magazines for the time as possible, to get the overwrought journalistic style right. Cillian Press, a newly created independent publisher, picked it up for publication last year, and I couldn’t be happier!

I’m very interested in people on the margins, and people who have the courage to create and succeed from a place of apparent powerlessness. Perhaps the most apparently powerless, have the capacity to aim high and succeed, because they have nothing to lose. But with stardom comes, ironically, less power, less autonomy, less freedom.

All of those ideas are in Chinaski. Thanks for stopping by, it was good to meet you and I hope that you enjoy the book.

CHINASKI – the band who almost made it

Carl Howell is dead, passing like a wave through the lives of his friends. A brilliant singer, a loved son, a hated rival, a meal ticket, a soulmate, Carl means different things to different people – how can they continue without him? Chinaski takes a look at the music industry, the fans and the vampires, and asks, what can we really know about our icons?
Set in the late 80s/early 90s, during the last gasp of youth subculture, before rave culture came along and made people like each other, before brit pop made indie music mainstream, Chinaski charts the rise of an indie band destined for fame. A realistic account of the seamier side of the music industry told from the point of view of the girlfriend, the band member and the music journalist.

I’m finishing a second novel now. Imagine the exact opposite of Roald Dahl’s ‘Matilda’, but for adults.

Thanks for stopping by Frances, I would like to wish you every success with Chinaski and I can’t wait to discover what the new book is all about, it sounds intriguing!