I have just recently taken the plunge and joined NetGalley and ‘Anonymous Sources’ is the first book I have requested from them. I have only so far resisted the temptation to join, simply because I have so many hundreds of books on my own TBR shelves and an increasingly large stack of author and publisher review copies to fulfil. However, as one of my authors had only made his book available on Netgalley, I had to join up in order to download a review copy. I have so far managed to not to respond to NetGalley emails, offering numerous suitable books for review, although I do always take a sneak peek at the books they are featuring …. just in case.  So, of course the inevitable happened and I was unable to say no to a book with such a great synopsis as ‘Anonymous Sources’. This sounds like an excellent debut conspiracy thriller, from an already much respected correspondent and reporter.

Thom Carlyle had it all: the rowing trophies, the Oxbridge education, the glamorous girlfriend. But on a glorious summer evening in Harvard Square, Thom is murdered—pushed from the top of a Harvard bell tower. The New England Chronicle sends a beautiful but troubled reporter named Alexandra James to investigate. It is the story of a lifetime. But it is not what it seems. Alex’s reporting takes her abroad, from the cobbled courtyards of Cambridge, England… to the inside of a network of nuclear terrorists… to the corridors of the CIA… and finally, to the terrorists’ target itself.

As she unravels the threads of the story, Alex the hunter becomes Alex the hunted. An assassin sent to kill her only narrowly misses. Her laptop disappears. Her phone is tapped. And she begins to grasp that Thom Carlyle was killed to hide a terrifying conspiracy. 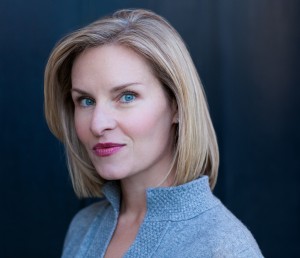 Mary Louise Kelly  is a native of Georgia, although she presently lives in Washington, D.C., with her husband  and their two children. She was educated at Harvard University and at Cambridge University in England and her first job was working as a staff writer at The Atlanta Journal-Constitution (AJC), which is the only major daily newspaper in the metropolitan area of Atlanta, Georgia, .

Mary spent two decades travelling the world as a reporter for NPR and the BBC. Her assignments have taken her from grimy Belfast bars to the glittering ports of the Persian Gulf, and from mosques in Hamburg to the ruined deserts of Iraq. As an NPR correspondent covering the spy beat and the Pentagon, she reported on wars, terrorism, and rising nuclear powers.

It was as I sipped tea inside the headquarters of Pakistan’s legendary ISI spy agency, listening to the Generals spin their lies, that I first toyed with the idea of writing a thriller. It took me another three years to pluck up the courage to start writing one. There was the fact that I knew nothing about writing fiction, and there was the problem of finding the time. I was mother to two young children, and I had a full-time job covering national security for NPR News. I dreamed up a feisty protagonist and I named her Alexandra James, after my sons Alexander and James.