This week I have the opportunity to spotlight not just a great debut novel, which has recently landed in my mailbox, but also its intriguing, fascinating and totally inspiring newly published author.

Renowned plastic surgeon Dr. Scott James is charged with murder after two bodies are found at his surgery center. Just weeks before the start of his capital murder trial, Dr. James is approached by a beautiful woman claiming she can help him gain information that would prove his innocence.

As James hunts down the evidence that might free him, he faces a barrage of threats to his life and liberty—and makes one chilling discovery after another: Corporate corruption. A conspiracy to frame him for murder and for terrorist acts. A secret drone-control operation that takes out targets in Afghanistan and Pakistan. The true identity and intent of his beautiful ally. And a plot to blow up the local hospital and surrounding community. 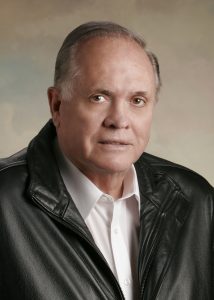 Dr. Glenn Shepard was raised on a farm in Eastern Virginia.  He attended the University of Virginia on an academic scholarship and majored in psychology. After finishing medical school at UVA, he went to Vanderbilt where he completed his residency in general and cardiovascular surgery.

He spent two years in the Army at the Ft. Gordon Army Hospital in Augusta, Georgia and The Second Surgical Hospital in An Khe, Vietnam.

Glenn went on to train in plastic surgery, where, alongside working for over 20 years in his own solo practice and surgery centre, back in Eastern Virginia, he put his valuable expertise and talent into voluntary good works …

For almost 30 years, he founded and directed The Peninsula Cranio-Facial deformities clinic, which was staffed by volunteer medical, dental, social services, psychology, and speech pathology experts. The group treated over five hundred patients with cleft lips and palates, as well as a variety of deformities of the face and hand.

Glenn also founded, funded, and directed the Riverside Microvascular Research Lab, where he studied the basic science of wound healing, the development of of cleft palates, new techniques in palatal repair, and the regeneration of injured fingernails. He published numerous scientific publications on his work in the lab and clinic.

After the massive Earthquake in Haiti in January, 2010, Dr. Shepard emerged from retirement and joined the Notre Dame Hospital unit in Leogane, Haiti for a 10 day rotation. His empathy for the people and their problems as well as his admiration for the contributions of time and talent from medical personnel from all over the world greatly inspired his second novel in the Dr. Scott James series, ‘Relief Aid Haiti’, currently still a work in progress.

Not someone to ‘let the grass grow under his feet’, Glenn has a multitude of hobbies and pastimes, which he somehow manages to fit into his hectic schedule … He is an avid fly fisherman, nature hiker, photographer of the abundant deer population near his Williamsburg home, amateur ornithologist, ‘newbie’ aquaculturalist, not to mention enthusiastic banjo player and avid collector of American Art of the Hudson River genre.

When asked recently to talk about the main protagonist in ‘Not For Profit’, Dr. Scott James, this is what Glenn had to say…

Dr. Scott James is part me, part colleagues I have known and worked with, and part total make-believe. However, over the course of the writing, James became a real person, at least to me. So real, I lived his trials and triumphs. When he was hurt, I suffered from agitation and sleep loss, just as he did. The depression he endured to the point of suicide, I endured as well. From his experiences, I know what it’s like to be suicidal. I know what it’s like to experience depression. And, I know the joys of surviving. The love Ethel Keyes gave to him, she gave to me. That love made me strong. The long nights I spent writing the book gave me strength, just as they were also a source of strength for Dr. James.

All fiction is real life and all real life is fiction.