So why not stop by, leave a link to your own Mailbox Monday post, oh! and don’t forget to leave a comment for Bob, after all, we all like to receive them!

I was first introduced to debut novelist Kathryn Biel, in an excellent ‘Guest Post’ spot she participated in, where she was talking with Naida, over at ‘The Bookworm’  Imagine my surprise then, when Kathryn contacted me out of the blue, to ask whether I would like to read and review a copy of ‘Good Intentions for myself’. Never one to pass up the opportunity to check out a new book, this is my first feature post and I am looking forward to this book getting to the top of  my reading / review pile. 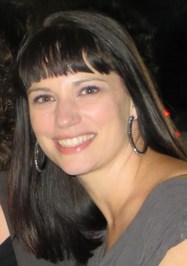 Kathryn Biel was born and raised in Upstate New York.  She attended Boston University, where she received both her Bachelor’s and Master’s degrees. Following college, a poor economy took her to Ohio, where she found not only a wonderful job as a physical therapist in a special education school, but the man that she would marry as well.

Although she had sworn never to return to Upstate New York, jobs and family pulled Kathryn back and she has been contentedly settled there ever since.  In the midst of raising a family, Kathryn returned to school, and received her Doctorate in Physical Therapy from The Sage Colleges.

Kathryn continues her work as Chief Home Officer and Director of Child Development of the Biel Household, as well as holding down a few part-time gigs as a physical therapist.  With a specialty in school-based pediatrics, Kathryn can often be found writing letters of medical necessity for her students.  However, eventually those letters, as creative as they became, were no longer enough to satisfy Kathryn’s urge to write, and she set about writing her first novel,’ Good Intentions’.

Kathryn is an avid reader, although she admits that often she reads fluff rather than substance.  She hopes that her writings provide the entertainment and escape that she has received from so many others.  She has officially been bitten by the writing bug, and is hard at work on her second novel, as well as keeping up with her own personal blog.  When not working, running the kids to and fro, writing, or cleaning the house (which she admits is almost never), Kathryn also enjoys sewing, scrapbooking and dancing.

Kathryn has also recently entered the ‘facebook’ world, so if you are connected, then why not stop by and say hi!

I have so far resisted the urge to join the ‘facebook’ community, largely because I just don’t have the time to communicate across all of the many social media networks, although I can see the time coming when I shall be forced into making decisions and choices, or run the risk of getting left behind in the fast moving and changing technological world.