Your host for March 2013 is: Caitlin over at ’Chaotic Compendiums’

So why not stop by, leave a link to your own Mailbox Monday post, oh! and don’t forget to leave a comment for Audra, after all, we all like to receive them!

This weeks Mailbox was another small, yet quality one for me and has brought me together with a new and exciting author, who has a passion for her subject and has come up with unique debut novel, weaving fact and fiction together into a beguiling storyline.

ZAREMBA or Love and the Rule of Law

In Warsaw, a shy and high-minded polio victim lives a life of seclusion caring for her odd family until a chance encounter plunges her into the intrigues of dirty politics. Zaremba, a wealthy businessman, is about to be arrested on trumped-up charges and only she can save him. Swept along by events, Cordelia finds her feelings increasingly involved with a stranger for whom she is both rescuer and victim. When Zaremba disappears, Cordelia is painfully uncertain if she has been abandoned and must overcome surveillance, corruption, the media, and mounting humiliations and difficulties to learn the truth. Although set in Poland, this is a story that could happen anyplace, as young democracies struggle against the temptations of covert operations and older democracies sometimes lead them astray. Upbeat, humorous and serious by turns, Zaremba contains an intense but delicate romance, a universal moral about the abuse of power, and a vivid portrayal of a foreign country. 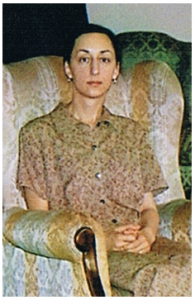 Michelle Granas was born in Alaska, but currently divides her time between Corvallis, Oregon and Warsaw, Poland. She has degrees in philosophy and comparative literature, but now works as a translator. Over the past dozen years she has translated for many of Poland’s major politicians, academicians, and writers.

She began writing Zaremba, or Love and the Rule of Law, in the run-up to the 2007 elections in Poland, when political events in the country appeared to threaten many of the very positive gains toward stability and democracy that had been achieved in the previous nearly two decades. She chose to treat her subject – the assumption of arbitrary power by the authorities – in a light vein, aware that the serious side was already amply documented in the media.

As you are aware, thousands of books written in English are set in France, Italy, Greece, etc., but there are countries that are habitually overlooked in the publishing world. Contemporary – not wartime – Poland is one of them; there are scarcely three such novels in existence.

“This looks and feels to me like a quality novel” – Harry Bingham, author of ‘The Money Makers’.

“This is an enchanting book” – Krzysztof Węgrzecki, former deputy director of The United Nations Industrial Development Organization in Warsaw.

As this was an author invitation to read and review, a Kindle Gift of ‘Zaremba’ was sent to me free of charge, by its author, Michelle Granas.

Written by Yvonne
14 comments
‘Kiss Of The Butterfly’ by James Lyon
FacebookTwitter
‘An Uncertain Refuge’ by Carolyn J. Rose