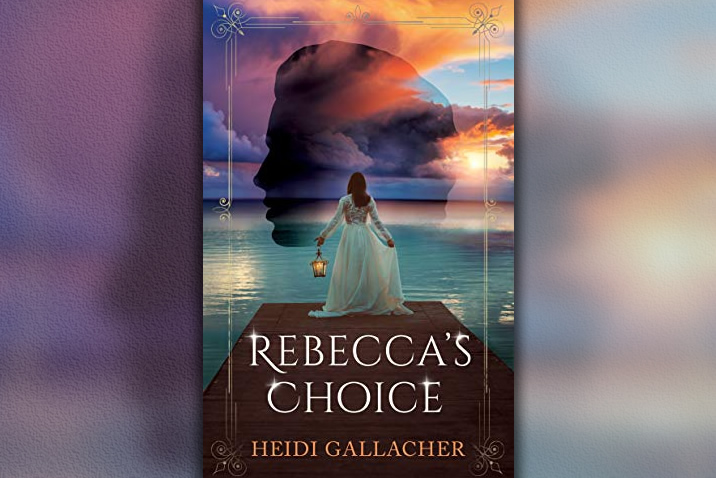 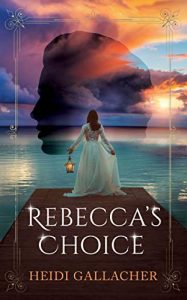 Queen Victoria is on the throne and Rebecca has just married businessman and meteorologist Geoffrey de Roussier in Cardiff, Wales. Geoffrey is passionate about his weather station and railways, yet little of his passion seems to filter through to his shy, naïve young wife.

Following his tragic demise, Rebecca discovers that Geoffrey’s railroad investments have failed, leaving her penniless.  Gwilym Llewellyn, Geoffrey’s trusted friend and advisor, has an emotional debt to repay to Geoffrey and meets Rebecca to offer her a solution. Meanwhile Rebecca has found passion in another direction …

As the past threatens to engulf her, Rebecca realises she has to make a choice: one path will save her and her family from destitution, the other path will offer her the passion she craves. Which path will she choose? 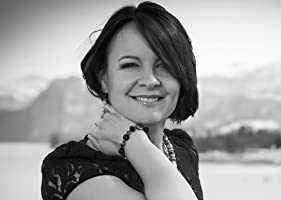 Heidi Gallacher was born in London in the Sixties. She grew up in South Wales and Leeds. She jumped at the chance to move to Paris in her twenties to learn a new language and culture.

Following the arrival of her first son, she moved to sunny Switzerland where she has lived ever since.

Heidi completed her Masters in Creative Writing in 2018, and her first short story Changing Places was published in September of that year. Rebecca’s Choice is her first novel.

When not writing prose, Heidi writes and performs music, swims lake Zurich and fundraises for a school in Africa.

The last day has come; you are leaving Tredelerch. Looking out of the parlour window, my gaze rests on the gardens and down towards the river. I remember sitting on the lawn, heavy with child, as you pottered nearby in your beloved weather station. Those days of Summer idyll.

The heavy ticking of the old grandfather clock makes me nervous as I stand by the window in the hallway of Tredelerch. Time clicking forwards. We were married to-day, Geoffrey and I.

“One night when we were lying in our bed, Geoffrey had told me of the old belief: ‘Our baby cannot be born in the bed that he or she was conceived in. It is not allowed – tradition dictates that it has to be in a different bed.'”

“I do wish that Geoffrey and I had more fun together. He is older than me, and I sometimes feel he is not interested in what I have to say. He likes to be on his own, I think.’ I gaze out over the river and watch a couple of birds swooping high on the breeze. ‘But I know that he is busy and has much work to do…’

“I turn back to the window. It is as if time slows, as if the gaps between the hollow ticks from the old clock have widened. I watch the weather-crazed animal, unleashed from its flailing, broken buggy, galloping towards the hostelry. I take a step back from the window. As I do so the brilliant lightning fades, but there is a new soft light, a long triangle of light, stretching in the way of the horse. I watch as somebody staggers out of the doorway of the Carpenter’s Arms, stumbling forwards into the rain”

“I look out at the weather station below and my heart contracts. I must be grateful to have spent such passionate, endearing moments with a man that I love so fully. Many do not find such a love in all of their days. Now, I have no tears left to flow. I am pointed in a new direction, one where if I plant the seeds then surely love will follow”

“Can Rebecca find the love and passion she craves within a Victorian world that seems to be conspiring against her?”

What a lovely debut novel and a wonderfully enjoyable few hours of immersive escapism, into a sweet, yet heart-wrenching and rather melancholic story, narrated totally in the first person by Rebecca herself, beautifully simply and poignantly told.

Period historical romance isn’t a genre I could read too often, but every once in a while, a book such as this one will come along, which just grabs my attention and then I’m hooked. Beginning of course with that haunting and wistful cover art, which almost sets the scene alone, without the need for words.

Of course for me, accurate research is a must when I am reading about a specific period in history and my first thoughts were that Rebecca and her friends might have appeared a little too progressive for the Victorian setting of the storyline. However, my own research soon shot that mistaken theory down in flames and sent me back to school, as by the latter part of the nineteenth century, it transpires that change and increased personal freedom for women was just over the horizon, with the era of strict gentility already beginning to merge into the transformational modernity of the twentieth century, which made everything completely in keeping and authentic! I was still rather shocked to learn that it was more dangerous to give birth in a ‘modern’ infirmary back then, than it was to suffer the potential complications of a home birth though, although it became clear that hygiene standards possibly hadn’t quite kept up with the progressive pace of innovation in childbirth, and that cholera caused by filthy drinking water, was still killing tens of thousands of people all around the world!

Compromise in order to secure a stable future for herself, was the primary driver for Rebecca, when she decides to marry Geoffrey, an entrepreneur several years her senior, who already has his own home and staff. Whilst Rebecca is not deep down happy, she is grateful and content enough with her life, especially with the arrival of her son and daughter. However she is a little jealous when she sees that her two most dear friends, have married for love rather than convenience, and what a much more fulfilled and joyful experience life is for them. Ever the pragmatist, she resolves to make Geoffrey as happy as she can and she actually surprises herself when she begins to discover quite a lot of common ground, as she indulges him in his passion for the advancement of the railways and the increasing number of visitors it will draw to the area. Also, his new found obsession with the latest technological advancements in weather forecasting are made even more interesting when some of his students visit the new weather station Geoffrey has had installed in the garden of the house (hence the unusual chapter headings, which are directly relevant to the storyline!)

Her latent discontent is only heightened though, when she discovers that Geoffrey has a secret which is not only tearing him apart inside, but which has the power to rip the very heart out of Rebecca, especially when it seems that she is totally unable to reach out to him, with any hope of a mutual path to reconciliation or forgiveness. When an inconceivable tragedy strikes, Rebecca is faced with a very uncertain future for herself and the children and she finds herself with yet another life-changing choice to make, once again requiring her to choose between head and heart; responsibility and sound reason for her family, over passion and romance for herself – but which path will she choose to follow this time and what will be the price she ultimately has to pay!

It is also very heart-warming to read a story where the writing is so descriptive and visually evocative, and the locations are genuine and well-researched, so that knowing the area reasonably well as I do, I was able to imagine myself there in person, walking the coastal paths, taking the train and strolling in the park. Even the house and its gardens add to the overall snapshot, into the cultural and societal influences of the period, on the area, making this the perfect book for any ‘armchair travellers’ who would like to visit, or even re-visit, the Cardiff area of Wales.

The storyline isn’t complicated, but it is well structured, slowly evolving, totally immersive, rich in atmosphere and beautifully textured. The writing is fluent and lyrical, often desperately intense and emotionally draining, sometimes claustrophobic, but always compelling, profoundly touching  and straight from the heart.

Author Heidi Gallacher has created a cast of well defined, yet complex characters, who were often difficult to relate to or empathise with, as there was often very little synergy between them. They were raw and passionate, vulnerable and emotionally starved, however I always felt that they were authentic and genuine, true to the time and their position in life. Even when Rebecca was thinking with her head rather than her heart, she was never really duplicitous or scheming in her actions and I believe that both Geoffrey and Gwilym knew deep down, that to a certain extent they were being used as a convenient crutch, by a vulnerable and fearful young woman, although she would never have intentionally brought harm to either of them.

My only thought might be, that whilst this story was so totally immersive in its sense of time and place, maybe next time, Heidi might take the opportunity to indulge in a few more extra pages, to allow her to more fully flesh out some of the characters. That however, is purely a personal observation and in no way detracted from my enjoyment of the book.

Would I read more books by this new to fiction author – definitely.

A complimentary paperback edition of this book, was kindly made available by the author, following a Twitter giveaway.

No review was requested or sought by the author.