My thanks go out to the lovely Claire, representing publisher Flatiron Books, for offering me a spot on this Blog Tour

Another big thank you also to the NetGalley team, for yet another seamless download 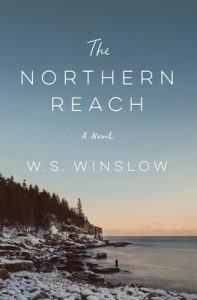 A heart-wrenching first novel about the power of place and family ties, the weight of the stories we choose to tell, and the burden of those we hide

Frozen in grief after the loss of her son at sea, Edith Baines stares across the water at a schooner, under full sail yet motionless in the winter wind and surging tide of the Northern Reach. Edith seems to be hallucinating. Or is she? Edith’s boat-watch opens The Northern Reach, set in the coastal town of Wellbridge, Maine, where townspeople squeeze a living from the perilous bay or scrape by on the largesse of the summer folk and whatever they can cobble together, salvage, or grab.

At the center of town life is the Baines family, land-rich, cash-poor descendants of town founders, along with the ne’er-do-well Moody clan, the Martins of Skunk Pond, and the dirt farming, bootlegging Edgecombs.

Over the course of the twentieth century, the families intersect, interact, and intermarry, grappling with secrets and prejudices that span generations, opening new wounds and reckoning with old ghosts. 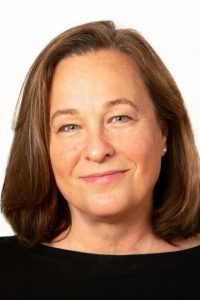 W.S. Winslow was born and raised in Maine, but spent most of her working life in San Francisco and New York in corporate communications and marketing.

A ninth-generation Mainer, she now spends most of the year in a small town Downeast.

She holds bachelor’s and master’s degrees in French from the University of Maine, and an MFA from NYU.

Her fiction has been published in Yemassee Journal and Bird’s Thumb.

The Northern Reach is her debut novel.

“Edith Baines stares out the living room window at the schooner on the far side of the Northern Reach. It’s a traditional boat, maybe eighty feet, gaff-rigged with raked masts and some kind of carving on the prow, but in the inky light of the late afternoon she can’t make it out. The funny thing is, even though both the mainsail and the mizzen are raised, the boat isn’t moving. She squints but can’t see an anchor line, or even a buoy through the spitting snow. The current, she knows, is too strong for a mooring over there. Why doesn’t the boat drift? Where does it come from? Where is the crew? The questions itch unmercifully in her brain”

“Above the reach, low clouds sleepwalk across the February sky. Today they are fibrous, striated, like flesh being slowly torn from bone. It’s four in the afternoon and already night has started chewing away the edges of the day. This is winter’s waking death: half-light, refracted by gray water and dirty snow, begging the voracious dark to end its misery”

“It’s the lies that hold people together, she believes, the things we never say, the false faces that mask ugly truths”

“The minutes ticked on, and Alice listened as her children shared stories and swapped reminiscences so that, one finger at a time, they let her go, and as they did, the smoky fetters loosened and untangled themselves. Alice lingered just long enough to gather up all the things she should have known, and with her last thought, she gave herself over to the smoke, blended with it, became it, wafting, whisper, wisp, gone”

Mmm! I’m not really too sure where to begin with rationalising my thoughts about this book. I really do believe that this is one of those stories which takes every reader on an individual journey, whereby each of us will probably have one or two unique ‘stand out’ characters and moments that will stick with us for some time after the final page has been read. I know I have!

Likewise, it is also quite difficult to pigeon-hole the book into a specific genre. Personally, for me this is very much a work of literary and cultural fiction, as it is definitely all about the essence of the characters and a sense of time and place, rather than any earth-shatteringly, fast-paced frenetic plot; making it for me, a profoundly moving and often heart-wrenching reading experience, definitely giving this book great merit as a breath-taking, quality debut novel, by a new author with consummate storytelling skills, who writes beautifully, with great authority, total confidence and, more importantly, authentically and straight from the heart.

There really is no beginning, middle or end to this story. It simply and vividly brought to life, snapshots and milestone moments in time, during the 20th and 21st Centuries, featuring and bringing into focus, intricate and detailed vignettes of the people, the places and the unfolding events. Whilst passing mention is made of other areas and countries and even continents, this small, insular, waterfront corner of Maine, New England, is the central showcase and pivotal focus, of this sprawling generational family saga.

When I say ‘family’ saga, that is to say that the author has expertly and seamlessly constructed and woven together, a multi-layered menagerie of three or four predominant families, who over the course of time have intermarried, interbred, loved, fought, divorced, separated, lied and died, so that even with the help of mini family trees at the beginning of each chapter, it got to the stage where I couldn’t remember just who was related to whom and what their place was in this sprawling dynasty of dysfunction, disagreement, distrust, scandal, resentment and self-destruction.

This wonderfully textured, slowly unfolding story, was all about the compelling blend of words and visuality in the narrative and dialogue, between the members of these unconventional, complex and multi-faceted characters, who were really almost impossible to connect with, apart from at a very superficial level and who were definitely not investable as an engaging community, no matter at whose window in time the spotlight shone. Actions (usually fists) often cruel, spoke louder than words and whilst much of this blame could be laid at the door of ignorance, ill-breeding and familial connections, there also needs to be some allowance made for the conditions of this wasteland landscape they found themselves slave to. From the clandestine Ku Klux Klan to the inevitability of the bootleg black-market; from land rich cash poor dirt farming to the dangers and trials of a life pitted against the sea, stoicism binds them all together. Dark times and even darker thoughts are all-pervading, between characters who seem unable to share the same space and air together, yet can’t seem to live without one another. Together they are troubled, but alone they are lost and lonely souls.

In all fairness, many from the later generations, afforded some degree of education, did try to make good their escape from the clutches of this barren swathe of land, however as if lured by some seductive siren, or fastened by some invisible thread to their past and the struggles and complex experiences which had helped to shape them, they kept returning to Wellbridge’s bleak and brutal shores, where the ghosts of the past still held sway over the destiny of the living.

A complimentary download of this book for review purposes, was made available by Flatiron Books and supplied by NetGalley

I personally do not agree with ‘rating’ a book, as the overall experience is all a matter of personal taste, which varies from reader to reader. However some review sites do demand a rating value, so when this review is posted to such a site, it will attract a well deserved 5 out of 5 stars and a place on my favourites shelf!