The Origin of ‘Pigeon-Blood Red’ and The Structure of the Novel : by Ed Duncan

I decided on waiting to publish author Ed Duncan’s guest post, until his debut novel ‘Pigeon-Blood Red’, had made its way to the top of my TBR pile and I was almost ready to begin reading.

I am so pleased that I took that decision, as this excellent article is so interesting and intrinsically linked to the storyline and characters, that it makes an almost essential prelude to the story and a relevant connection between book and author. 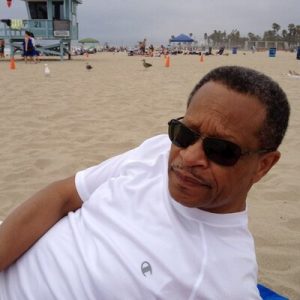 Originally from Gary, Indiana, I now live outside Cleveland.

I am a graduate of Oberlin College and Northwestern University Law School. For more than 37 years, I was a partner and practicing trial lawyer, with a national law firm in Cleveland, Ohio. In addition to an occasional trial, I wrote reams of briefs and opinion letters. I specialized in something called “insurance coverage,” which in general meant it was my job to evaluate whether or not a particular accident or loss was, or was not, covered by an insurance policy. In 2008 I wrote an original, highly regarded legal treatise, called “Ohio Insurance Coverage,” but I didn’t count that text as fulfilling my quest to become a published author, since it isn’t fiction, and what I really wanted to do was to write fiction, especially crime fiction.

Check out those all important ‘first lines’ here 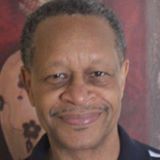 Years ago, I read a novel by Dashiell Hammett that was part of a collection of all of his novels.  It was called The Maltese Falcon.  By now I suspect that most people have seen the 1941 movie of the same name starring Humphrey Bogart as the iconic private eye, Sam Spade.  For trivia fans, that was the third (and best) movie adaptation of the novel.  One of several reasons it was so good is that first time director John Huston took much of the riveting dialogue verbatim from the novel.

As I read the novel, I don’t think I realized how much of an effect it had on me.  At least since high school I had wanted to write fiction, but by the time I read The Maltese Falcon, I had been a practicing lawyer for several years.  As an aside, a popular expression, the author of which I don’t recall, is that “inside every lawyer is a writer trying to get out”.  What stirred the writer in me to break free was Hammett’s masterpiece, although it had a delayed effect.  In that novel, the search for the bejeweled Maltese falcon consumed the roguish gallery of characters that populated the story.  In my novel it is the search for a pigeon-blood red ruby necklace worth millions that drives the action.  I think I subconsciously substituted the ruby necklace for the falcon as my novel took hold in my mind.

Of course, the Maltese falcon had both a mysterious origin and a tortuous history that was the stuff of legends.  Readers of my novel will learn that the pigeon-blood red ruby necklace that sets in motion all of the conniving and murders also has a somewhat mysterious origin as well as a tortuous history.  The phrase “pigeon-blood red” itself has an ancient origin.  The phrase was coined by Indian gem dealers centuries ago.  It describes the color of the most valuable rubies in the world, which originate in Burma or Myanmar.  That color is said to replicate the hue of the first two drops of blood that trickle from the nostrils of a freshly killed pigeon.  At auction, pigeon-blood red rubies have fetched over $1 million per carat, and a single ruby has sold for over $28 million, which probably matches or exceeds the value of the famed Maltese falcon.

The idea for the novel first came to me when I was attending a legal seminar in Honolulu.  The kernel of an idea that blossomed into the fully formed novel was barely a thought that came to me as a question:  what if a lawyer on holiday in Honolulu had a chance encounter with a mysterious woman who was running for her life from some dangerous people and what if the lawyer tried to help her?  That premise became Pigeon-Blood Red and the source of the danger became a pigeon-blood red ruby necklace in her possession.  Although, in retrospect, the final title of the novel seems obvious, the title I initially settled on was Murder in Paradise.

Finally, a word about the structure of the novel.  The main character was always meant to be the lawyer who comes to the aid of the “damsel in distress.”  After all, I’m a lawyer and the one in the novel is a highly idealized version of me.  Therefore, as originally written, the novel begins with the lawyer receiving a verdict in a case he has just tried.  Shortly thereafter something dramatic happens to him.  In the finished version, the lawyer doesn’t appear until the second half of the novel.  There are two reasons.

First, the lawyer’s story, while compelling, is not as compelling as the story surrounding the underworld enforcer hunting down the thief who stole the necklace.  Agents and publishers want crime fiction to begin with a bang.  Most of them don’t have the patience to allow a story to unwind slowly from the opening page.  Sad but true.  The disappearance of the necklace and the fevered search to get it back provided a bigger bang. Second, every time I tried to make the lawyer the focus of the story, the enforcer fought me.  I fought back but he fought harder, and eventually I had to concede defeat.  His story was simply too powerful. 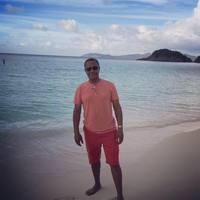 Written by Yvonne
6 comments
‘A Kinder, Gentler Writer’ By Shannon Baker
FacebookTwitter
New On My Shelf This Week
plus
Guest Post By Rosy Thornton