Yvonne4 min readNovember 5, 20128 comments
Share
FacebookTwitter
It is time to turn the spotlight onto Veronika Carnaby, a  seasoned and experienced author, already recognised as a successfully published writer of short stories and poems, who has turned her hand to fiction writing, with this, her debut novel ‘Bohemia’.
A community of persons with artistic or literary tastes who adopt manners and mores conspicuously different from those expected or approved of by the majority of society.
When Veronika Carnaby contacted me about a possible review of ‘Bohemia’, here on Fiction Books, I was certainly intrigued by the premise for this book. Although I would have only been a small child during much of the 1960’s, coming from the UK, which gave the world ‘Carnaby Street’ and of course ‘The Beatles’, I just felt compelled to accept Veronika’s request and look forward to following the story, through the eyes of an author who is so obviously passionate about her subject.
…
VERONIKA CARNABY 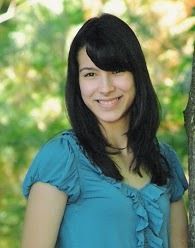 American writer and poet Veronika Carnaby carries a vintage charm about her that transcends well into her written works.
Since receiving the 2001 Young Authors Award for Excellence in Short Story Writing, she has welcomed the opportunity to share ideas of literary merit with the circles of Sir Paul McCartney, Roger McGuinn, Nancy Sinatra, and Roger Waters.
Recognized for her Beat-style prose and innovative voice, her pieces have gained international recognition after appearing in such publications and on such forums as, The Ed Sullivan Show, Empty Mirror Magazine, Dan’s Papers Literary Journal, SESAC Magazine, SXSW, and the SESAC New York Music Awards.
In past projects, she has worked with the likes of Archie Shepp, Ben E. King, and prolific Nashville songwriter and co-owner of Bug Music, Roger Murrah, amongst others.

Don’t miss out on Carnaby’s thrilling new read for the modern beatnik, in which she provides a wild, unrestrained account of ’60s counterculture youth bursting out of their creative shells. In her debut novel, Veronika Carnaby picks up where the Beat Generation left off. Set in 1960, Bohemia chronicles a group of twenty-somethings who defy the “ideals” of a mid-twentieth century society to seek creative fulfillment. In the process, they spotlight the creative path that artists of all mediums tread, all the while depicting the challenges faced by youth in the decade that changed the world.

When asked what ‘Bohemia’ meant to her both personally in her motivation to write it and in respect of any message that she would like the reader to take away from the experience, Veronika had this to say:

‘Bohemia’ is an unconventional account of rebellion, artistic freedom, and youth in the 1960s…something of a Beat Generation-influenced work, if you will. I credit a lot of personal experience for helping shape the plot, as well as the cultural shift that the 1960s gave way to. With this story, I wanted to portray the fact that stepping outside of the boundaries can be ok and that it shouldn’t always be frowned upon, as it was and very much still is. That’s not only mirrored in the character’s actions and attitudes, but also in the freeflowing technique that the book was written in. Creative people, especially those who are just starting out, feel that they have to conform and be a mass-produced product in order to be noticed. The truth of the matter is that genuineness and unconventionality is often what helps make a mark on the world. There’ll always be backlash. That’s something you can’t avoid regardless of what you undertake, so don’t be afraid to take risks, to be different, to create what’s true to yourself.

The impressive credentials of her mentioned sponsors and critics are awe inspiring to say the least and I can only hope to provide a true and honest opinion of ‘Bohemia’, which will hold up in some small way against their professional and well-respected critique.
…

As this is an author invitation to read and review, a PDF of  ‘Bohemia’, was sent to me free of charge, by its author, Veronika Carnaby.