I originally met Grace Elliot, just after the publication of her first Historical Romance ‘A Dead Man’s Debt’, which she kindly asked my to read and give my thoughts about.

For an inaugural published novel, the book has recieved some fantastic reviews and comments and has gone from strength to strength, with a whole new makeover to its cover art adding an aura of class and distinction. Grace herself is busy out there in the blogging world, talking about what she enjoys the most The Georgian and Regency  periods, making some great new friends and invaluable contacts, who have no doubt been providing excellent encouragement in this, her latest venture … not just one new book, but a whole new trilogy in the offing.

HISTORY, ROMANCE AND…CATS! Grace Elliot leads a double life as a vet by day … she is obsessed by all things feline, and author of intelligent historical fiction by night.

She is an avid reader and turned to writing to de-stress from an emotionally demanding job.

Grace only discovered the wonderful world of social history many years after leaving education and, after working her way through the Tudors and medieval history, finally decided that her passion lay firmly with the Georgian and Regency periods.

Her inspiration to delve into the world of the historical fiction novel came initially from Margaret George who encouraged her pick up and read her first social history book, and Stephanie Laurens who showed Grace that to fully escape to her new-found world, she needed to write about it.

This has got to be a real ‘must read’ for any lover of historical romance out there.

I have been fortunate enough to be asked by Grace, to read ‘Eulgy’s Secret’ and publish my thoughts about it. I have finished reading what for me, was a fantastic romp around the drawing rooms of Georgian England and my thoughts about my journey will appear here soon.

Written by Yvonne
10 comments
A Great New Thriller From The Pen Of Respected Author Doug Richardson
FacebookTwitter
New Title …. ‘There Your Heart Will Be Also’ 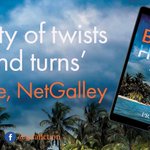