Given the strange times in which we are living right now, authors, publishers and publicists alike, are all suffering like the rest of us!

Dedicated book / reader social platforms, are all trying their utmost to promote and sustain interest in as many books as possible during the emergency, including one of my favourites, NetGalley.

As I have such a large surplus of books to plough my way through, I generally don’t tend to open NetGalley emails, as I have a few publishers with whom I already have NetGalley pre-approved status and I don’t really need to apply for any more books, which are generally by request only.

However, Sunday’s NetGalley message made me do a double-take, resulting in me being one of the first 140 lucky readers to bag myself a copy of this great sounding book on a ‘Read Now’ basis.

The cover caught my eye first and the premise piqued my interest right away. Definitely a story to savour during these long coronavirus days. 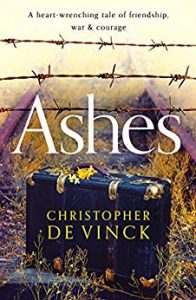 Based on true events.

A deeply touching novel about two young women whose differences, which once united them, will tear them apart forever, during Hitler’s Nazi occupation of Belgium and France.

Belgium, July 1939: Simone Lyon is the daughter of a Belgium national hero, the famous General Joseph Lyon. Her best friend Hava Daniels, is the eldest daughter of a devout Jewish family. Despite growing up in different worlds, they are inseparable.

But when, in the spring of 1940, Nazi planes and tanks begin bombing Brussels, their resilience and strength are tested. Hava and Simone find themselves caught in the advancing onslaught and are forced to flee.

In an emotionally-charged race for survival, even the most harrowing horrors cannot break their bonds of love and friendship. The two teenage girls, will see their innocence fall, against the ugly backdrop of a war dictating that theirs was a friendship that should never have been. 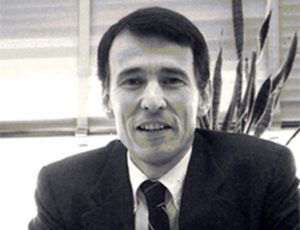 A graduate of Columbia University, with a doctorate in education, Christopher de Vinck, a 40-year veteran of high school teaching and administration, spent every Tuesday night in the basement of his house, primarily writing short essays, sharing memories of his own friends and family.

Today his essays have been widely published by many of the country’s best, national newspapers and magazines, including The New York Times, The Chicago Tribune, The Wall Street Journal, Reader’s Digest, Good Housekeeping, The College Board Review, and The National Catholic Reporter.

Christopher’s essays are also used as models of excellence in college textbooks, and in middle and high school anthologies.

To date he is the author of more than a dozen books, continues to write his essays for local and national publications, and delivers speeches across the country on faith, disabilities, fatherhood, and writing.

He has been invited to speak at the Vatican.

Christopher is the father of three and lives in New Jersey with his wife.