Fiction Books is the final stop on the Blog Tour for Ruby, the second instalment of The Working Girls’ series, by Heather Burnside.

The lovely folks at Aria Fiction have organised their usual great mix of featured extracts and guest posts, with the support of NetGalley to facilitate easy downloads for bloggers and readers, so I would strongly recommend that you visit some of the earlier posts written my fellow tour participants, to share additional features, extracts and guest posts about the book! 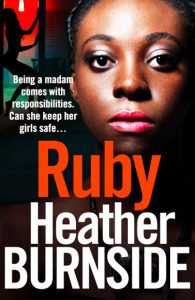 Ruby has always been strong. Growing up with a feeble mother and an absent father, she is forced to fight the battles of her younger siblings. And when a childhood experience leaves her traumatised, her distrust of men turns to hatred.

With no safe place to call home, Ruby is desperate to fit in with the tough crowd. She spends her teenage years sleeping around and drinking in the park, and by the time she is sixteen, prostitution has become a way of life. But Ruby has ambitions, and she soon moves up the ladder to become the madam of her own brothel.

But being in charge of a brothel has its down sides, Ruby faces her worst nightmare when an enemy from the past comes back into her life, and gang intimidation threatens to ruin everything. Can she find a way to beat her tormentors? And will she be strong enough to see it through?

It was Sunday morning. Trina groaned when she heard her mother shout from her bedroom doorway.

Trina looked at the time on the old alarm clock sitting on top of her chest of drawers. Eight o’clock. Why couldn’t her mother let her lie in on a Sunday just for once? All the other local girls got a lie in on a Sunday. In fact, some of them didn’t get up till eleven, and Trina didn’t see why she should be forced out of bed. She turned over and shut her eyes. Just as she felt herself drifting off, she heard her mother shouting again.

‘What on earth do you think you’re doing, Trina? Come on, up. Now!’

As she shouted, Daisy pulled back the bedclothes.

‘I’m well aware of what day it is, my girl. That’s why we’ve got to be up. Now, come on. And don’t you dare take that tone with me if you know what’s good for you.’

Trina looked up at her mother who was staring intently back, her tense body language letting her daughter know that she wouldn’t stand for any arguing. When Daisy said you had to be up, you had to be up and that was that. Trina sat up in the bed and stretched till her mother left the room, satisfied that she had made a move.

When Trina got downstairs her mother was busy in the kitchen making breakfast while her brothers were in the living room getting ready.

‘Go and help Tyler with his clothes then you can get yourself dressed and eat your food,’ said Daisy.’

Trina sighed and walked back towards the living room.

‘And don’t come that attitude with me,’ said Daisy.’

Another hour and they were all fed and dressed, and the boys had been given a brisk wash before they were allowed to leave the house. Daisy had swapped her everyday jeans for a smart skirt and jacket, and her hair was neatly plaited. Likewise, Trina’s hair was in plaits and she wore her best dress.

The boys were also kitted out in their best clothes although the trousers were now too short for the older two and Tyler’s jacket was a bit too tight. Unfortunately, the children outgrew their clothes before Daisy could afford replacements, and the few new clothes she’d bought were in the wash. Her own clothes were old but she kept them looking good.

They caught the 192 bus near to home and within no time they had arrived at the Bethshan Tabernacle, a popular local church, with Daisy’s dire warnings to behave still ringing in the children’s ears. Trina had already picked up on the fact that it was important to her mother to create a good impression.

Daisy and her children sat amongst her group of regular friends and relatives. Trina noticed her grandmother in a tweed jacket and skirt with a matching hat, and two of her aunties and uncles. Her older cousins weren’t there, and Trina felt a touch of resentment that they always seemed to get out of going to church. She, on the other hand, had to attend every Sunday. Maybe when she was a bit older, she’d be able to get out of going to church too. 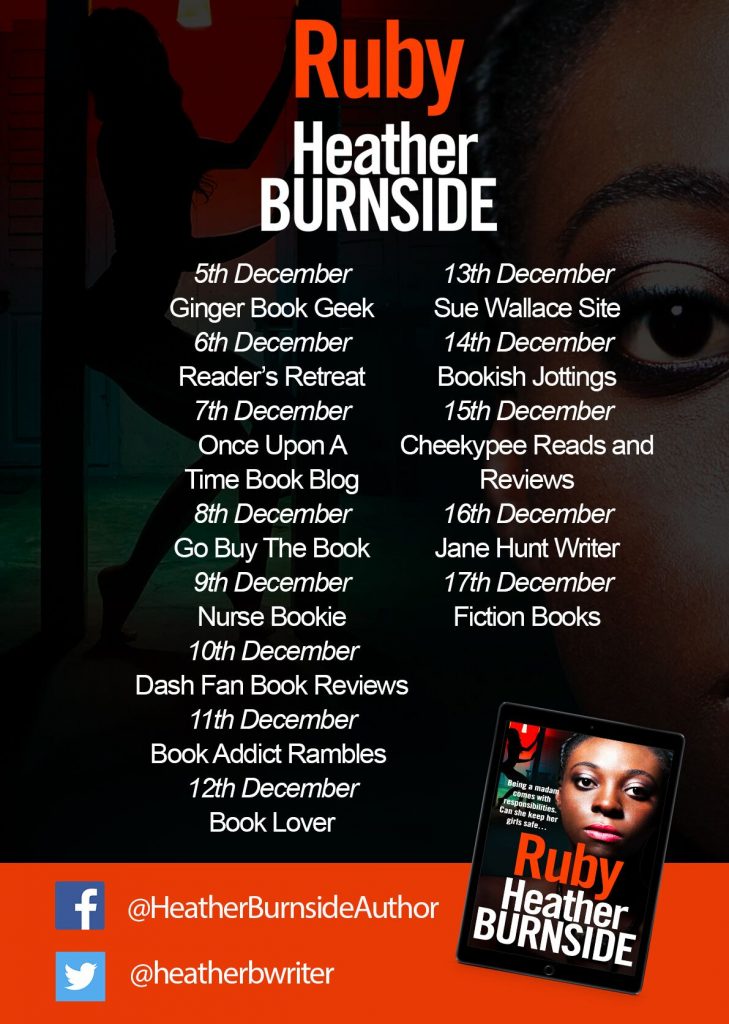