Blood In The Snow
by Franco Marks
Blog Tour 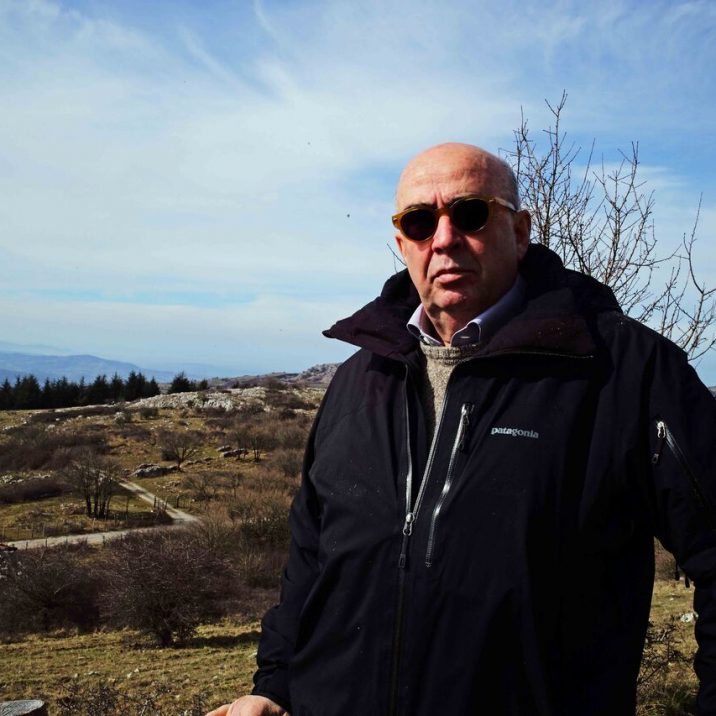 A real spine-chilling title with which to approach the last few Blog Tours as 2018 draws to a thrilling close.

Thanks to the folks at Aria Fiction and NetGalley for their continued support for Fiction Books and here’s to more of the same in 2019. 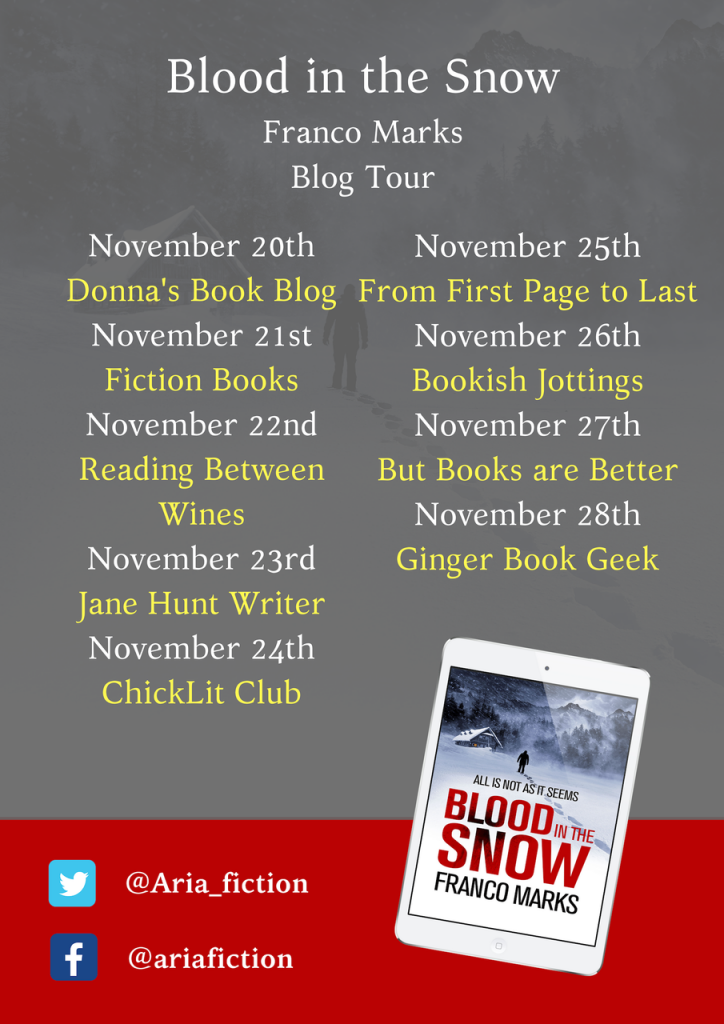 ‘BLOOD IN THE SNOW‘ 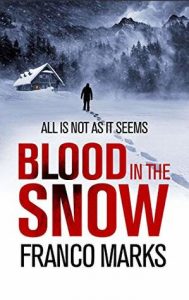 Marzio Santoni left behind the brutal crimes of the big city long ago.

Valdiluce is a quiet ski resort, where all he needs is the peace, quiet and his trusty vespa.

At first glance, the town inhabitants are as perfect as their postcard scenery. But under the surface, nothing is as it seems…

So when four women are discovered dead, seemingly by their own hand, Marzio can sense that something isn’t right. Fighting against his police chief, his own emotions and the evidence stacked against him, Marzio is caught up in a race against time to discover what truly happened.

Gripping, shocking and packed with a punch that will leave you reeling long after the last page. 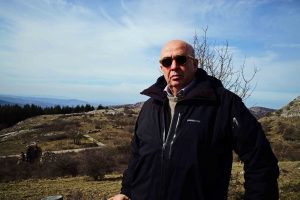 Franco Marks is a writer and television director who lives and works in Rome.

He has written many novels, which have been translated in several countries.

As my featured spotlight on this tour, Aria Fiction and author Franco Marks, have asked me to share this short extract from Chapter One of Blood In The Snow

On his Vespa, White Wolf climbed the steep road. Emitting polluting gases and stale alcohol fumes, he shifted the gears, the control slick with grease, down from fourth to third and from third to second. The cold wind blew hard in his face. He’d taken his fair share of slaps since he was little, but these handfuls of ice, delivered with a hard rock rhythm, were the most beautiful of them all.

White Wolf, born in a basket of the north wind with hoarfrost in his blood, had eaten his share of snow. He’d ravished his fair share of snow too, though always with respect, like when as a child he’d put his boots into the footprints that were already there so as not to spoil it. He was missing it now. It had been at least a hundred years since there’d been a February as weird as this in Valdiluce. At night it was three degrees below zero and by day it was twenty above. On the road lay a sheet of ice that looked as if it were snow.

He pushed the Vespa as hard as it would go. He crossed the bridge, where the fog was caged in like a bale of cotton. He’d spent his life on those hairpin bends, often on foot, with newspapers tucked under his shirt to protect himself from the wind. Blue eyes, loose blonde hair, a red kerchief around his neck, a rough sweater, corduroy trousers. White Wolf drove with bare hands. Strong, safe, experienced. He would have inspired trust in anyone: a child, a woman, an old man. Used as they were to working an axe, climbing, skiing, moving mountains, those same hands could also become dangerous weapons. There was something athletic, something natural about the way he looked. He’d had many women – all fleeting, temporary relationships.

But a few days ago he had met Elisabetta, and there had been the beginnings of love. An intimacy that was unusual for White Wolf, used as he’d been since childhood to holding in his feelings. Elisa, his sad natured mother, had spent a life in her slippers, hanging around the stove and the church. Alfonso, his father, was always chopping wood. A solitary man with a cigar sticking out of his moustache. In that Prussian existence with its iron rules, there had never been a moment of relaxation, of warmth.

Elisabetta had melted him like hot chocolate. With her he could immerse himself, spread himself, offer himself up. While he drove forward on the Vespa, he went over the fragments of a few hours earlier in his mind. Elisabetta naked, as white as the mountain snow. Her thighs, her pelvis, her lips in sticky flights of fancy. Her hair spread out on her hands or on her cheeks or on the pillow. Peeping out from half closed eyes. A memory that dangled in his mind like some knick-knack hanging from the handlebars of the Vespa. Elisabetta would be leaving soon by bus to return to her town, Vissone on the Sea. Her winter holiday was over. A breath of sadness, but it wouldn’t be a goodbye kiss: they had pledged to see each other again.

White Wolf hunched over recklessly; third, second, first. The engine roared, shattering the silence of those lonely bends paved with ancient stones. The sun had taken off its balaclava and slivers of light entered the forest as if through a half open shutter. Dik, Osvaldo’s Irish setter, emerged from the undergrowth and ran alongside the road for some way, his coat tawny in the wind, racing the scooter. Daringly, he slipped into the woods and disappeared. White Wolf passed the church. Don Sergio was standing at the door, illuminated by candles like a saint. A large priest, with a beard so long it touched the ground. He was welcoming those of the guests at the hotel who were among the faithful to the first mass, to commend themselves to the Lord.

On the way to the square, a group of skiers with yellow, red and white boots wandered through the mud, enraged wild boar awaiting the weather forecast. Sun, sun, sun, that would melt the snow the snow cannons had blown out during the night. The only happy ones were four young women, all of them married: Elisabetta – White Wolf’s ‘beginnings of love’ – and her friends Flaminia, Angela and Stefania. They’d won a stay at the Il Bucaneve holiday apartment complex in Valdiluce. A week spent sunbathing in bikinis on the Bucaneve’s terraces, being courted by the locals and drinking raspberry syrup. Better than a vacation in Miami.

Third, second, first, a touch of the brake, throttle. White Wolf skimmed past the doctor’s surgery. The medical officer Ugo Lanzetti had hung his latest paintings out to dry, a sequence of snow covered panoramas that rocked like slides in the wind. In the square, the bus looked like a blue caterpillar. Mentina, the driver, was sucking a sweet, perhaps to hide the odour of the Ginpin – the local liquor – he’d drunk. The engine was running and the exhaust pipe exhaled a grey cloud. There were only a few minutes left before it was due to depart. Inside the bus, framedlike paintings by the windows, were the faces of Marietta, the teacher who taught at Rocalta, a village six kilometres away, Francesca, the caretaker of the technical institute in Valstura, Giuseppe, a commuter who worked at the factory, and the terrible Morena, with her restless hair and scythe-like eyes, who was a nurse at Vicosauro hospital. Sly as cats in a cage, they weighed up the facts to try and conjure a bit of gossip into existence.