Can Justin and his grandmother be reunited?
The Victory Garden
by Rhys Bowen

For all you ‘random page surfers’ out there – 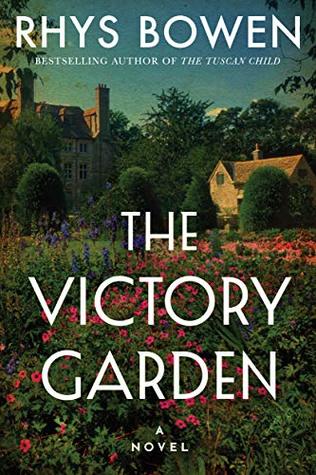 “Nobody knew. Please, come up to the house now. Your grandmother will be overjoyed to see you. Everyone will. They’ll think it’s a miracle.”

Still he hesitated. “You really think my grandmother will be overjoyed to see me?”

He frowned. “I’m the coward. The disgrace to the family. Hasn’t she told you that?”

“She said some heated words were exchanged because of your beliefs.”

He gave a derisive snort. “It was she and my father who told me I was letting down my country when I said that I didn’t believe in fighting and was going to register as a conscientious objector. They called me a coward and no member of their family. My grandmother said everyone knew that war was wrong in principle, but if someone else starts it, they have to be stopped, and everyone has to do his duty. Actually, I was planning to volunteer as an ambulance driver, but my father got the enlistment board to refuse my request to register as a conscientious objector. I was drafted into the Devonshire regiment and sent straight to the front. That’s what they did with people like me. Get them killed off as quickly as possible.”

So you have taken a look, will you read the book?  Let me know what you think in the comments section below.

Teaser Tuesday is a weekly bookish meme, hosted by Ambrosia @ ‘The Purple Booker‘

Written by Yvonne
6 comments
Something tells me this reunion isn’t going to end well!
Girl Most Likely
by Max Allan Collins
FacebookTwitter
Forget My Name
by J.S. Monroe