To those of you who know me and my usual reading genres, this book may seem like a strange divergence. However I do have very eclectic reading tastes and every now and then a foray into ‘foreign’ territory, is a very welcome treat.

I would therefore like to thank the lovely Vicky from Aria Fiction / Head Of Zeus, for contacting me with the opportunity to be involved in today’s cover reveal for this fictional story which has its basis in true events and is personal to its author.

If The Single Mums Move On sounds like your kind of read, then why not check out Ali and Grace’s story right back from the beginning, by ordering your copy of The Single Mums’ Mansion, I’ve popped the details below so that you can check it out 🙂 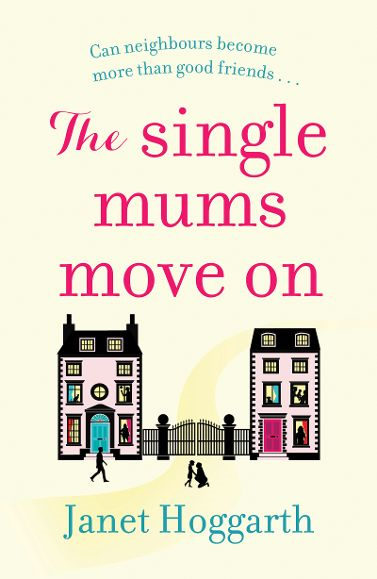 THE SINGLE MUMS MOVE ON 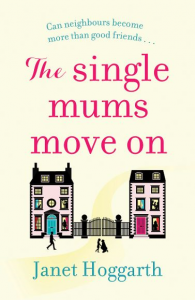 After her husband left her, Ali and her daughter Grace enjoyed living in what became known as ‘the Single Mums’ Mansion’. However, with her best friends Amanda and Jacqui moving on, it’s time for Ali and Grace to make their own way.

Thankfully, a chance conversation leads to them moving into the infamous South London gated community known only as ‘The Mews’.

In ‘The Mews’ everyone lives in each other’s pockets and curtain twitching is an Olympic sport. The neighbours are an eclectic bunch – from Nick the alleged spy, Carl the gorgeous but clearly troubled Idris Elba lookalike, to Debbie who is about to face the hardest fight of her life, and TV agent Samantha who is not as in control as she likes to pretend.

Each day brings another drama, but along with the tears, real friendships grow. And her neighbours’ problems might unlock the key to something Ali has yearned for all along… 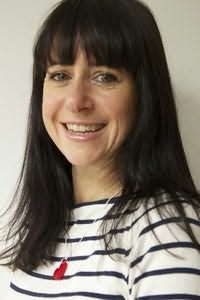 Janet Hoggarth  has always written. She’s written whilst reading other people’s writing – she worked in a bookshop, edited for Bloomsbury, commissioned children’s books for Scholastic and was a freelance editor.

Janet has also written books for children, which, although to this day she can’t tell you why, she wrote under the pseudonym of Jess Bright.

Her debut adult fiction book was titled The Single Mums’ Mansion, a story which was based on Janet’s personal experiences of living communally as a single parent.

After all that writing, plus looking after a husband, three children and a cat, if there is any free time for herself, Janet,  together with her best friend, are also DJ’s (under the name of Whitney and Britney).

Keep up with all the latest news at Janet’s website

If The Single Mums Move On  sounds like your kind of read, then why not check out Ali and Grace’s story right back from the beginning, by ordering your copy of The Single Mums’ Mansion 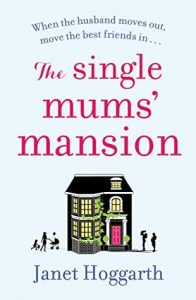 When your husband moves out, move your best friends in…

Amanda Wilkie unexpectedly finds herself alone with her three children in a rambling Victorian house in London. Her husband leaves them, claiming he’s just ‘lost the love’, like one might carelessly lose a glove.

A few months later, Amanda’s heavily pregnant friend, Ali, crashes into her kitchen announcing her husband is also leaving. So, after Ali’s baby Grace is born, they both move into Amanda’s attic. And when Jacqui, a long-lost friend and fellow single mum, starts dropping by daily, the household is complete.

Getting divorced is no walk in the park, but the three friends refuse to be defined by it. And, as they slowly emerge out of the wreckage like a trio of sequin-clad Gloria Gaynors singing ‘I Will Survive’, they realise that anything is possible.

Even loving again… Based on Janet’s true story, The Single Mums’ Mansion is a laugh-out-loud tour de force which will make you laugh, cry and treasure your best friends even more than before.

Written by Yvonne
4 comments
A “Little Bird” told me about these two great new titles
Mailbox Monday
FacebookTwitter
“Everything in my story is possible”
What an intriguing thought!
Mailbox Monday