I am pleased to have been invited to take part in the virtual blog tour for this book, albeit on the final day; which features not only my own guest post by author Lesley Thomson, but a Q&A session and book Giveaway by Kelly and her friends over at ‘Love Books Group‘.

You can check out the blog tour banner below for some of the earlier stops on the tour, as Lesley has written some unique and interesting content for each one, which makes for great reading!

‘THE DOG WALKER‘ (The Detective’s Daughter #5)

January, 1987. In the depths of winter, only joggers and dog walkers brave the Thames towpath after dark. Until a young woman, Helen Honeysett, set off for a run from her riverside cottage and never came home. Her body has never been found.

Twenty-nine years later, Helen’s husband is still searching for answers. He’s asked Stella, the detective’s daughter, and Jack, a tube driver, to find out what happened all those years ago. But the five households on that desolate stretch of towpath refuse to give up their secrets. And as winter tightens its grip once more, Stella and Jack find themselves hunting for a killer whose trail has long gone cold…

Now check out those all important ‘First Lines‘ – would they make you want to keep on reading? 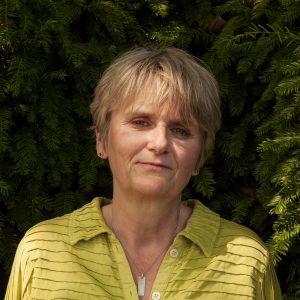 I was born in 1958 and brought up in Hammersmith, West London. I graduated from Brighton University in 1981 and moved to Sydney, Australia the year after, where in between writing my first attempt at a novel, I sold newspapers in a shop at Wynyard underground station in the heart of the city.

Returning to London, I did several jobs to support writing, including working for one of the first Internet companies in the UK. I completed an MA in English Literature at Sussex University and I am now a guest tutor on the Creative writing and Publishing MA at West Dean, where I also run a crime-writing short course, lead workshops and take master classes on writing crime novels.

I currently live in East Sussex with my partner and a raggedy poodle both of whom are treated to blow by blow accounts of scenes and twists in plot at any given time. In fact, I don’t know how they sleep at night!

How I gave up feline for canine and found the writer’s best friend.

Walking helps solve problems and the rhythm of our steps encourages creativity. A motivation for walking is owning a dog that needs exercise and stimulation. Our poodle Alfred is the perfect writer’s companion. When I stomp over the Sussex Downs with him or meander through the streets of Lewes, I solve plot problems and come up with ideas for stories.

One idea came to me on a dark winter morning before seven o’clock. It occurred to me that I was possibly mad to be out by myself in a lonely park. Never would I have been there if I didn’t have a dog. Someone passed me, as insubstantial as a shadow. I said ‘hello’. No answer. The blood froze in my veins and my heart jolted. I couldn’t see a dog. Why would anyone be out so early in the dark if they didn’t have a dog or were not jogging?

I used to think I was a ‘Cat Person’. We had two cats when I was little. I was five when we got Alexander, ginger and white with the grandeur of Aslan from The Lion, the Witch and the Wardrobe. Five years later we got Isis (I was into Tutankhamun and all things ancient Egyptian) and Alexander left the house in disgust, only returning for food. We used to accompany Alexander on walks around the square where I grew up (where Jack in The Detective’s Daughter series lives). One day, the vet told us that Isis was a boy so he was renamed Osiris. A perky, cheerful little cat, Osiris died of cancer when he was six and in gracious triumph Alexander regained his territory and ‘reigned’ until I was eighteen.

I’d never thought of getting a dog. Dogs were dribbling, whiffy and unruly. Then one day my mother, recently widowed, announced she’d like a dog. However, in the first stages of Parkinson’s disease, she realised she was too frail to own a dog. By this time I’d begun writing fiction full-time and had a more flexible lifestyle. I decided I’d get a dog that I could bring to visit Mum.

What breed should I get? Not a lab, too big to curl up on a lap. Not a Staffie, to my mind rather unattractive. Poodles had frivolous hairdos. Then Mum pointed out that a poodle didn’t have to look silly and were actually highly intelligent. They don’t moult and, being made of wool, have a fragrant air. All in all, I came to see that poodles are like cats. So I got Herbert, a diminutive toy poodle, who often passed as an animated teddy bear.

This was over ten years ago. Mum and Herbert have since died. We now have Alfred, a chocolate miniature poodle with a Churchillian expression and a tendency to bite if startled. This scary attribute is curbed by allocating him tasks to tax his brain power (a power frequently greater than that of his owners). Tasks range from carrying Mr Ratty, his favourite stuffed creature, when out walking, to going to an agility class on Mondays where he leaps through tyres, over hurdles and marches up and down a seesaw.

I’m no longer a cat person, yet nor am I a dog person. I’m still not great around big dogs with strings of saliva and smelly breath. I am a poodle person. Alfred and Herbert have no idea that, as a combo, they have found immortality as Stanley in The Detective’s Daughter series. Or have they…?

I generally meet other dog walkers on my early morning walks. We chew the cud, swapping canine advice and the complex vagaries of dog ownership. Without exception, the dog walkers are warm, expansive and interesting. Not a murderer amongst them. But what if…? After my dawn encounter with the silent passer-by, my imagination raced and The Dog Walker began to unfold. 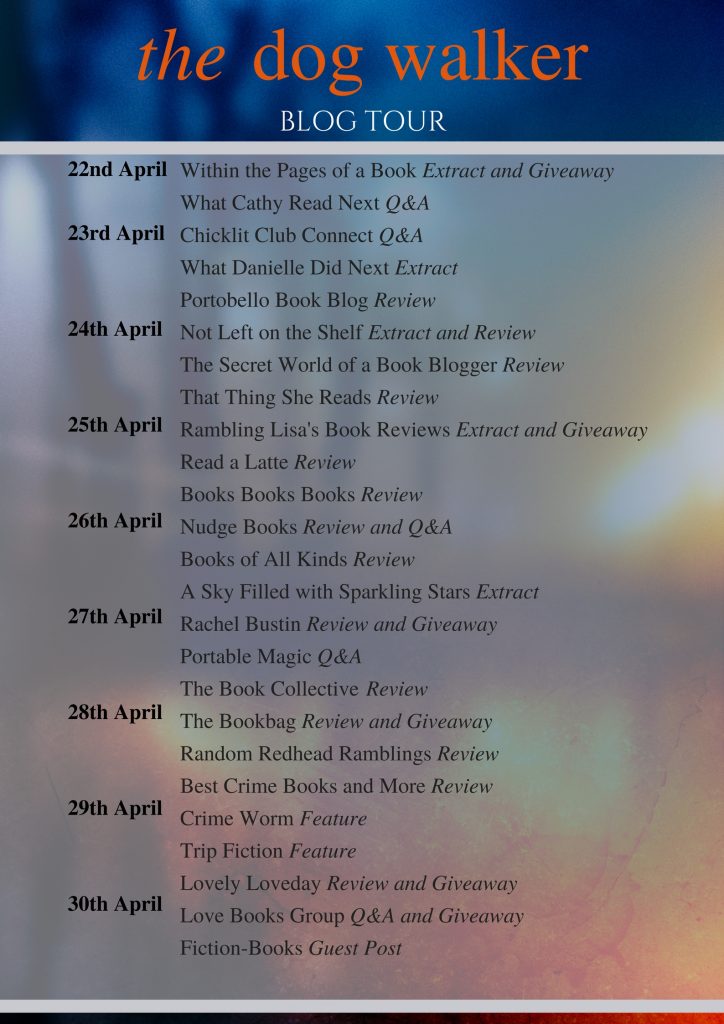