I have Aria Fiction to thank for the opportunity to take part in this amazing Blog Tour.

I know that the lovely Melanie promised me a Guest Post to fill my spot, but what an article this one turned out to be!

One you don’t want to keep on reading, but just can’t stop … Hopefully the book will have those same qualities and will be just the beginning of a very successful new Detective series!

Just a short introductory premise about the book, then it will be straight over to the author, for his take on what makes a killer! 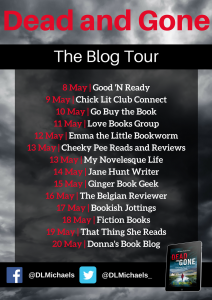 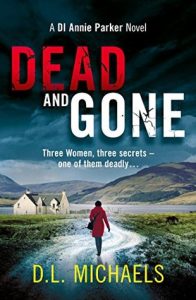 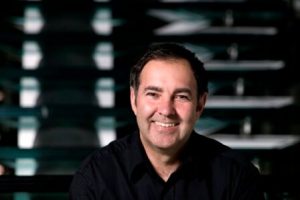 I am D.L. Michaels, a former award-winning TV executive, who married in Tuscany, has one teenage son and lives on an old converted farm in the Peak District.

Are the killers who populate the pages of crime fiction anything like real-life murderers?

Can murderers really be as evil, twisted and intriguing as those invented by the likes of Thomas Harris in Silence of the Lambs?

In short, I’d say yes. Not only yes, but even more so.

Take the most horrific thing you’ve ever read – from torturing someone to death, to eating their flesh – and there are real people who’ve done those things, and much worse. I can say this with confidence, because I’ve interviewed them, and also the law enforcement officers who caught them.

Before I quit corporate life to write books, I worked as an investigative journalist (editing TV series such as The Cook Report with Roger Cook) and a TV director/producer making mainly current affairs, factual programming and drama documentaries. I interviewed more than a dozen killers in the UK, when I made a documentary about Lifers at Lincoln Prison in England). I also filmed two internationally notorious serial killers (Denis Nilsen in the UK and Robert Berdella in the USA) for a programme I made called Murder in Mind. Additionally, I have spent time at the FBI’s famed Behavioral Silence Unit in Quantico, dealing with pioneering profilers such as Roy Hazelwood and Robert Ressler (the man credited with inventing the term ‘serial killer’. I have also worked with UK profilers such as Paul Britton, David Canter, Mike Berry and Ray Wyre.

The one thing all modern authors and readers are acutely aware of is that there are no obvious ‘monsters’. There are certainly people who commit monstrous acts, but they look normal and for most of the time (in public at least) they behave normally. Take Denis Nilsen for example. Until police arrested him, he was thought to have been a law-abiding, intelligent, publicly-minded former police officer, soldier and civil sergeant. Now, we know him to be a serial killer and necrophile, responsible for ending the lives of at least a dozen young men whom he lured back to his home in London.

Nilsen and I exchanged letters for months before I took a camera into Albany Prison on the Isle of Wight to capture his thoughts on what drove him to kill his victims and keep them beneath the floorboards of his rented flat, so that he could wash them and continue to abuse them, until decomposition demanded that he dismembered and disposed of them. On and off camera, he was brutally frank about what he did – and why. He said he’d been lonely. He hadn’t wanted the men to leave him. He’d killed for company. By taking their lives, he’d felt they’d become a part of him.

Had Nilsen found true love in his life, a proper soulmate, I doubt he would ever have harmed anyone. My (admittedly non-clinical) belief is that his ego had needed feeding (he craved power and control in a life that wasn’t living up to what he’d wanted). The insecurities of his personality (heightened in his childhood by the death of his grandfather, whom in the absence of his father he’d seen as his only male role model) had needed assuaging. Nilsen had lost himself, and his control, in the emotional vacuum left by a lack of true love. Sure, many people live legally in similar vacuums, so this is not an excuse, it’s just a suggestion that in his case this may have been a major factor (what professionals call ‘a key trigger’).

There are many profilers who believe that a lack of love (both in childhood and adult life) is one of the prime shapers of the psyche of psychopaths and serial killers. From my own very limited contact with serious serial offenders, I’m  sure there’s an element of truth in there.

In a maximum-security jail in the USA, I interviewed a serial sexual sadist called Robert Berdella, better known in the Missouri area as ‘The Kansas City Butcher’. Like Nilsen, he was a homosexual who killed young men. They were mainly drifters, homeless guys without any family to check on them. People grateful for a meal, a beer and a place to stay the night. And like Nilsen, Berdella was intelligent, always employed (he owned and ran multiple small businesses) and, on the surface, was actively engaged with the surrounding community. He was even a leading light in the local Neighborhood Watch movement.

But Berdella didn’t kill because he was lonely or couldn’t face the idea of being rejected the morning after a random liaison. He killed accidentally. And ironically, that was what saved him from the Death Penalty.

Berdella told me that he’d wanted to keep his victims alive. “The last thing I planned was to have them die on me. I wanted them as playthings. As slaves. Getting rid of the corpses was always a real headache. Always one I wish I’d never had,” he said in a dispassionate tone. “It meant I had to start over. Find someone new. Get them back to the house. Drug them. Tie them up. Teach them how to behave.”

When arrested (one of his victims escaped by jumping, naked, except for a dog lead around his neck, through the top widow of Berdella’s house) he struck a deal with the authorities, whereby the Death Penalty was waived so the families of the six victims he killed, could make ‘accidental death claims’ off his household insurance.

I spent three days with Robert Berdella, discussing his crimes and his life. He told me he’d had a ‘normal’ childhood, with what he described as a ‘very Catholic upbringing.’ He said he’d suffered no major stresses or traumas, except that his father couldn’t accept his homosexuality. ‘He called me a sissy,’ he told me. ‘Made me feel real bad.’ I asked Berdella if he’d ever thought about killing his Dad. He laughed at me but wouldn’t answer. I pushed several times but never got a reply. I asked him if he’d ever found someone he thought he could share his life with? There was no laughter this time, “Maybe once,” he replied. “But it didn’t work out.” He took a beat and added, “Who knows, things might have been different if I’d had”. 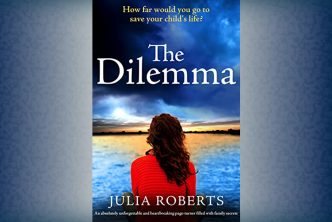 Written by Yvonne
6 comments
Scotland’s wild and desolate landscape
A Guest Post by Zoe Beesley
Author of A Sinner’s Gift
FacebookTwitter
‘What Did I Do?’ By Jessica Jarlvi
The Blog Tour & Guest Post