‘For Better, For Worse’
by Jane Isaac
Blog Tour/Guest Post
“The Challenge Of Naming Characters”

Wow! I have been chosen to share the opening spot for this amazing Blog Tour and for my part, I would like to extend thanks to author Jane Isaac, for submitting this great Guest Post, for me to share with you all.

My thanks go out to both the Aria Fiction and NetGalley teams, for including me in this excellent Blog Tour.

A full list of all the Blog Tour sites to visit can be found at the end of this post! 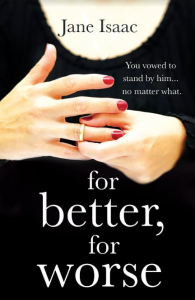 “The Challenge of Naming Characters”

Whether embarking on a series or a standalone novel, naming characters can sometimes feel as important to authors as naming our own children. Names help to define the individual and form the basis of the many layers it takes to build them. In essence, a strong name makes the character real in our minds. And if they aren’t real to us, as the author, they won’t feel real to our readers.

So, what makes a memorable name? As always, there is an element of subjectivity to our perception. Our brains often link the words in our memory, relating them to someone we once knew. Whether or not we like the character can depend on our experience of the ‘real’ person with that name. Sometimes a name can fit like the perfect glove, and then, as the character develops in the story the glove gets loose, worn at the ends, and needs replacing.

When I embarked on my new Family Liaison Officer series, I spent much time mulling over the name for my lead character. I considered famous literary names, those that have stayed with me long after I finished the story;

Choosing names, especially for lead characters isn’t easy. I always feel obliged to research them – to ensure that they aren’t linked with a major court case or claimed by a famous actor or academic, all elements that might distract a reader.

It’s also useful to remember that names, like many other aspects of society, follow fashions. It’s unlikely we’d call a twenty-three-year-old estate agent in the UK Sharon or Michelle. But there were plenty of babies given these names in the late sixties and early seventies, so if they were fifty-three those names might seem more appropriate. I find an internet search of popular baby names chosen in the same year as my character is born, helps to place the era. Of course, there will always be exceptions – those named after famous people or members of the family or after someone close – and in those cases we can make reference to the reasons for the differences in our books. Parental choice might form the fabric of the story and help readers to identify with your character. It’s all about believability.

In the end, I opted for a combination of traditional and conventional for my lead, Detective Constable Beth Chamberlain. This was the start of a crime series; I needed a strong name with staying power for future books. With Beth I thought of Queen Elizabeth the first, and second. Both strong, independent women with a passion that pushed them to go that extra mile. My Beth is holding down one of the trickiest detective jobs in the police force as Family Liaison Officer for the Homicide and Serious Incident Team. Occasionally adopting unorthodox methods to make a difference and keep us safe.

Chamberlain was the surname of my first English teacher in school who introduced me to Pride and Prejudice and Little Women, which remain two of my favourite stories.

For Better, For Worse is the second book in the DC Beth Chamberlain series and a third will be released later this year, introducing yet more characters to the fore. In For Better, For Worse we follow the police investigation through Beth’s eyes, and the rest of the story through Gina Ingram’s point of view as she fights mercilessly to prove her husband’s innocence. Gina’s ambitious and cares deeply for her family. It took a long time and a lot of headaches to settle on the right name for her character, I can tell you! 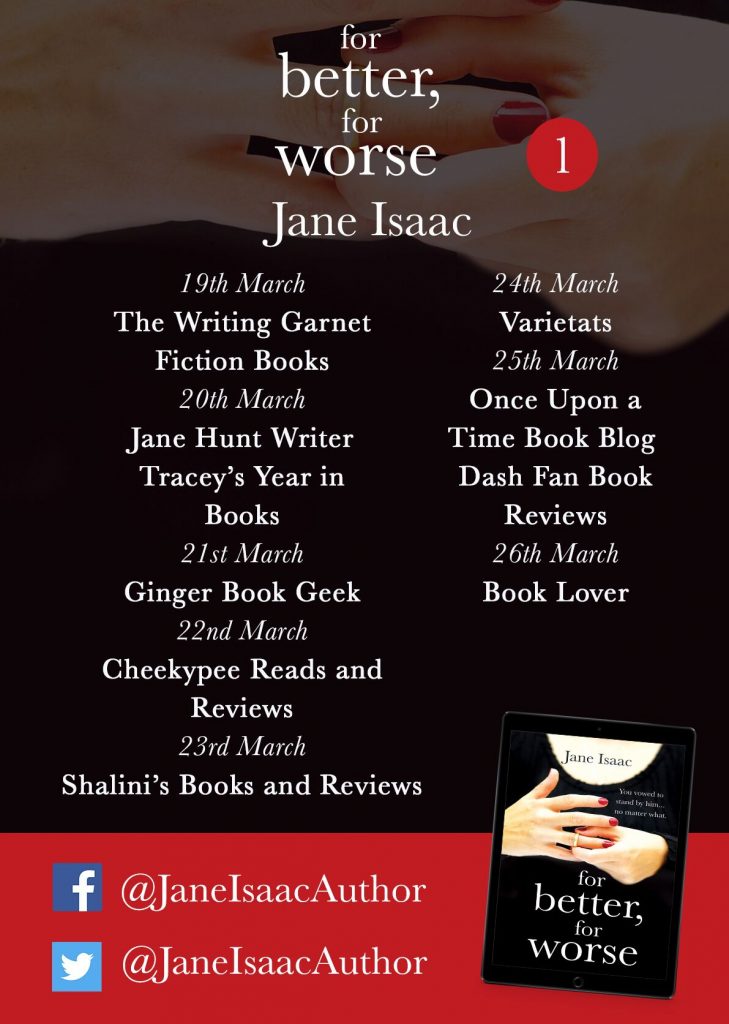