I was first introduced to Australian author Dean Mayes, back in mid 2011, when I read and reviewed his debut novel, ‘The Hambledown Dream’.

I often wonder whether the debut novelists who contact me, will persevere with their writing careers, or if a single published book is fated to be their contribution to the literary world. It was great therefore, to hear from Dean, in my opinion a very talented writer, for a second time, now that his novel, ‘Gifts Of The Peramangk’ has been published.

I have made this cover image a little larger than usual, to highlight, what I hope you will agree, is its touching poignancy and ethereal beauty. 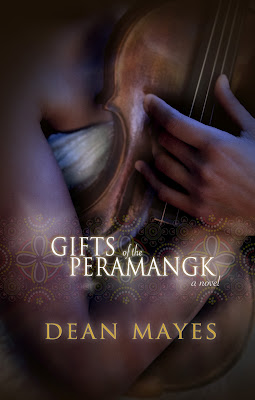 In 1950s Australia, during the height of the divisive White Australia Policy, Virginia, a young Aboriginal girl is taken from her home and family and put to work on an isolated, outback station, in the cruelest of conditions. Her only solace: the violin, taught to her in secret by a kind-hearted white woman – the wife of the abusive station owner. However, Virginia’s prodigious musical gift cannot save her from years of hardship, abuse, and racism.
Decades later, her eight year old granddaughter, Ruby, plays the violin with a passion Virginia once possessed. Amidst abject poverty, domestic violence and social dysfunction, Ruby escapes her circumstance through her practice, with her grandmother’s frail, guiding hand. Ruby’s zeal attracts the attention of an enigmatic music professor, and with his help, Ruby embarks on an incredible journey of musical discovery that will culminate in a once in a life time chance for a brighter future. But with two cultural worlds colliding, her gift and her ambition will be threatened by deeply ingrained distrust, family jealousies and tragic secrets that will define her very identity.
…
I have to confess that when I first read the title of this book, I had no idea at all just who, or what  Peramangk was. I started to research the word before I thought to open the Kindle download to check that all was there okay, only to discover that Dean had included a potted definition and explanation of the word, for myself and other readers who are not so well informed!
In the Adelaide hills of South Australia lies a triangular wedge of countryside extending from the Barossa Valley in the north to the southern reaches of the Fleurieu Peninsula. This is the lands of the Peramangk Nation and the home of the Peramangk Aborigines – A tribe steeped in a unique culture and held with a mystical reverence.
…
A welcome return to Fiction Books, for author DEAN MAYES 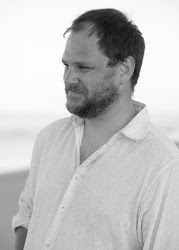 Dean Mayes, hails from Victoria, Australia, although these days he lives in Adelaide, with his partner and family.
Dean grew up with an early love of words – a trait a little out of step for most children of his age and has been writing and creating for most of his life…or at least for as long as he could wield a pen and knew how to use it.
His creative streak was inspired by his third grade teacher, Mrs. Furnell, who challenged him in his creative writing exercises which he initially “sucked at”. After producing a surprisingly poignant piece about a soldier’s experience of war (based on his grandfather’s experiences), Dean received his first writing award – a Purple Dragon sticker.
The genesis for what became his first published novel came in 2008, when Dean started an internet blog and decided to craft a story ‘on the fly’, with no bells or whistles and put it up in instalments each week. He would announce a new edition on Facebook and Twitter and let anybody who wanted to, read it. Dean suddenly found himself with a dedicated readership, a following who, hooked on the story, would ‘tune in’ each week to read the next instalment and encourage Dean to keep writing more.
One particular message, was to signal the turning point in Dean’s writing career. It invited him to have a look at Central Avenue Publishing of Vancouver. After talking with CAP’s creative director Michelle Halket, Dean became very serious about his project. He stopped publishing the story to the blog and began constructing the manuscript, stealing time whenever he could to work on the story. Within a few months the manuscript, now renamed, “The Hambledown Dream”, was completed, submitted and accepted for publication.
Since its publication, ‘The Hambledown Dream’ has received critical acclaim from across the globe and has fired Dean’s creative spark to continue writing, thus bringing us up to date, with the publication of his second novel, “Gifts Of The Peramangk”.
…

As the book was an author review request, this free Kindle download was sent to me by Dean Mayes.