I can’t believe that it was way back in 2011, when Geraldine Solon first contacted me about promotion and review opportunities for her debut novel Love Letters. After supporting her next couple of books, we kind of lost touch, until this week, when an email arrived from her, completely out of the blue.

Since we last spoke, Geraldine’s writing has gone from strength to strength, with more than ten published books to her credit, across a multi-genre network.

Indigo, is described by Geraldine as a fantasy romance, and whilst maybe not my genre of choice, it is quite short at something less than 150 pages, certainly sounds full of action, emotion and intrigue, and is definitely worth me ‘taking a punt on’ for my reading list! Besides which, I know I can always rely on Geraldine for a good read! 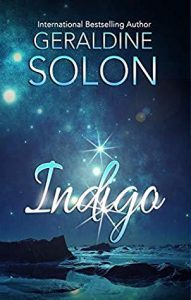 Grace and Michael are soulmates, and Heaven is the only world they’ve known.

While Grace and Michael play a game of tag, they discover an area prohibited by God. Piqued by their curiosity, Grace urges Michael to explore what’s out there, not realizing that the dark hole is a tunnel that leads to Earth.

Michael is hesitant to probe further, but a slip in the ravine causes him to tumble and land on Earth. Grace can’t afford to lose Michael, so she follows him to Earth, hoping to bring him back to heaven.

Unbeknownst to Grace, on Earth, Michael is a married man with a three-year-old daughter and has lost all his memories of heaven, including Grace.

Despite the circumstances, Grace must bring Michael back during the full moon; otherwise, she is stuck on Earth forever. 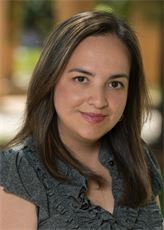 From an early age Geraldine, who grew up in the Philippines, wrote poems, essays and short stories; although it would be several non writing related ventures later and a move to the San Francisco Bay area of the US, before she decided to turn her hobby into a career; deciding that writing stories provided her true solace and calmed her restless nature.

In 2011, Geraldine launched her debut novel, Love Letters which reached the overall Top 100 Amazon Bestseller List. The novel won various awards including the 2011 Beach Book Festival for the Romance category. An independent producer fell in love with Love Letters and optioned the book for film.

Being the relentless author that she is, Geraldine released ten more novels and a marketing guide-book for authors. Her books focus on deep core relationships and the human condition. She writes Romance, Women’s fiction, Mystery, Suspense, Fantasy and Psychological Thrillers.

Geraldine who loves art and film also writes screenplays; speaks at events and teaches workshops for aspiring writers. She has served as Treasurer, Event Planner and Vice President for the California Writers Club Fremont Chapter and was also the previous Managing Editor of fashion and lifestyle magazine, Gastronomique en Vogue.

When she’s not writing, Geraldine enjoys travelling, reading books, watching movies and island hopping. Her latest project is to promote literacy by building libraries in remote areas of third world countries called, A Library for Hope.

Written by Yvonne
12 comments
“Stay calm, keep smiling, and watch your step”
‘False Step’ by
Victoria Helen Stone
Book Beginnings
FacebookTwitter
“The Home Is Where Your Heart Breaks”
‘The Home’
by Karen Osman
The Blog Tour