The best book tag team ever, of Aria Fiction and Netgalley are back again, adding to the ever growing stack of goodies on my TBR shelf with Best Friends Forever, the latest book by author Dawn Goodwin.

The lovely Vicky from Aria, has mastered the art of the Mega Blog Tour now, so browse for a while and maybe check out a few of the other guest posts and extracts, before making your final decision whether to buy or not! 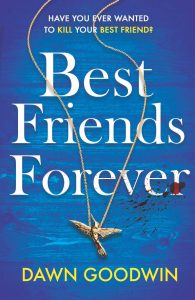 Have you ever wanted to kill your best friend?

Anna was the perfect wife. Perfect mother. Perfect woman. And now she’s dead. Leaving behind her husband, David, and two young children, their lives will never be the same. But Vicky will make sure life goes on…

These two women have been best friends forever, a lifetime of secrets lies between them and now Vicky is ready to step up into Anna’s perfect shoes.

But not everything is as it seems and as David begins to question Vicky’s motives for walking in his life things might just get a little murderous.

The question on everyone’s lips is, who killed Anna? And what actually happened on the night she died?

“HERE’S ONE I MADE EARLIER”

The question I get asked most often is whether my characters are based on real people. While I can safely say no one character in any of my books is influenced by a real person, they are all moulded out of my observations of various people I have crossed paths with over the years. Although writers work in isolation, we are also keen spies and need to be out and about in the world, watching what goes on around us as fodder for our creative minds.

When my debut novel, The Accident, was published a few years ago, it caused a ripple of unease among my friends that I hadn’t anticipated. It was set in the town in which I live, featured a number of 40-something women with small children, all living in houses that felt familiar. The unease came from the fact that there are very few likeable characters in my novels. I like to write about the ugly sides of our personalities that we try to keep hidden from view. So surely this meant I was writing about my friends and detailing what I really thought about them?

Every character I create begins with a personality trait or eccentricity and, like each of us, I add layers to the character – some good; some bad – until I have a multi-dimensional person who is real enough for the reader to believe they have met them or known someone just like them in real life. Some of these layers may be based on a trait I have recognised in someone I have known, whether it is a mum in the playground or a man I have sat next to on the train, but none of them are real people.

The same can be said for the interiors of the places I use to contextualise my novels. Every character would decorate their homes differently and some of these may sound familiar, but look around the town you live in and you will notice that many of the houses share the same colour paint on the front door or have the same kitchen layout as you do, but your neighbour has added pops of orange while you prefer green. They have tiles on the floor, but you prefer wood.

My job is to create a character, highlight their imperfections and put them in a situation that will test them in every way. These situations may well be based on personal experience, but no two people will react in the same way and therein lies the thrill of my job. I like to investigate good girls gone bad, bad girls being punished, the ugliness lurking in all of us and ultimately why anyone reacts the way they do – and to create a world that you believe exists in reality. If my readers finish one of my books and says to me, “That character reminds me so much of….” or “I swear you were describing my lounge”, then I have done my job correctly. You believed it was true, even though it is fiction.

So when you read my third novel, Best Friends Forever, don’t fear for my best friend’s life. She is alive and well (last time I checked), probably drinking a gin and tonic in her garden and enjoying the book, safe in the knowledge that I haven’t tried to kill her off… yet… 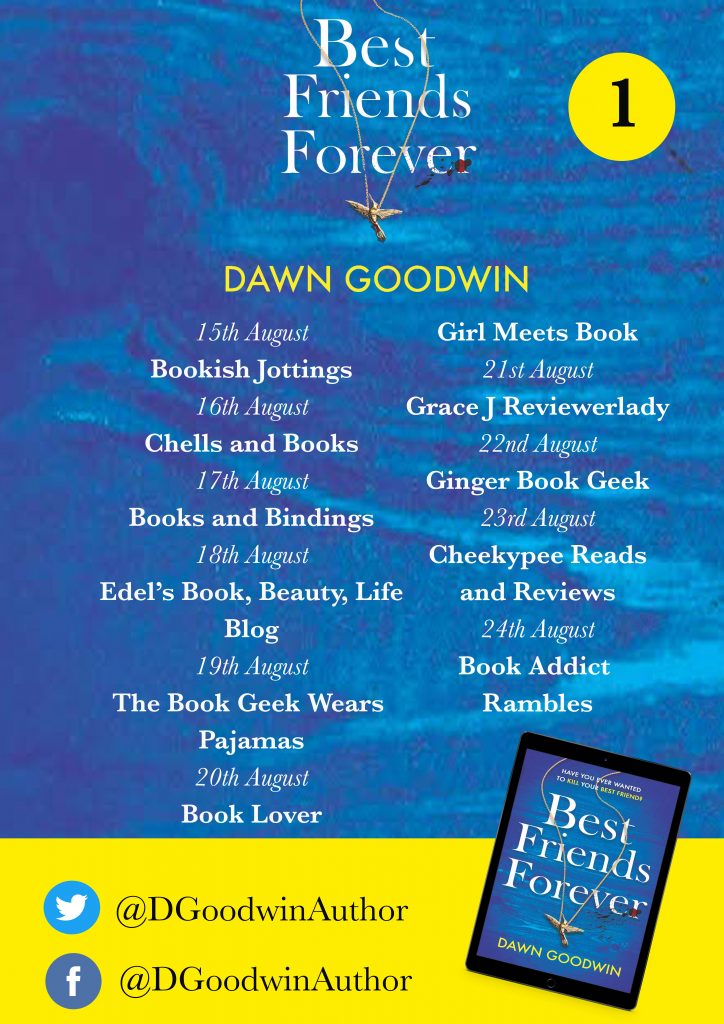 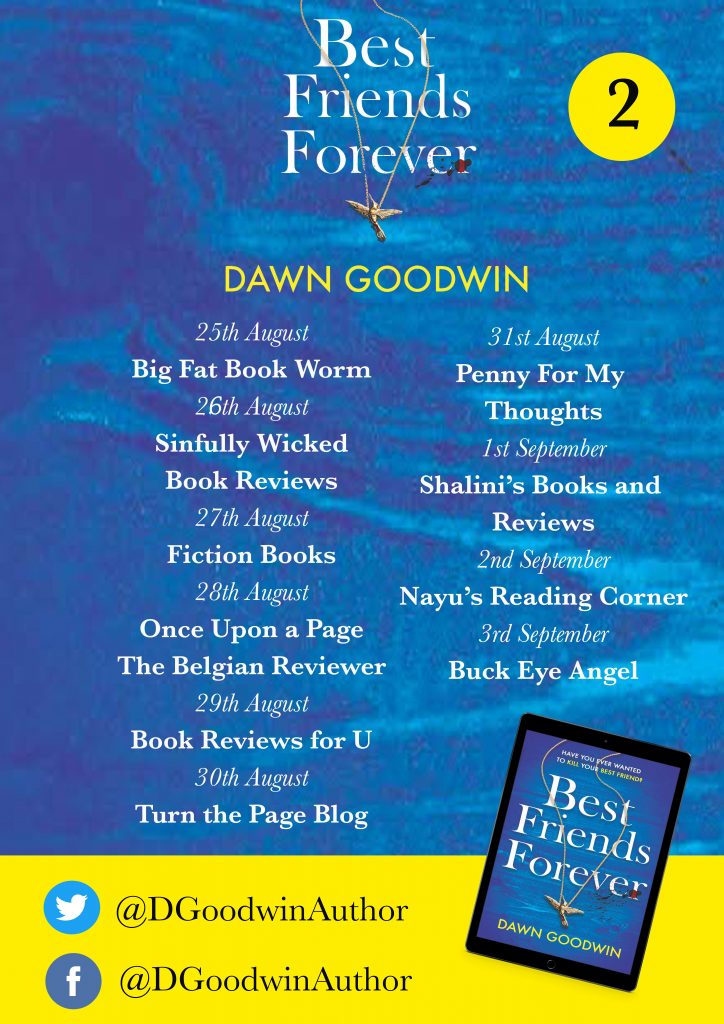