“Is he who you think he is?”
‘The Other You’
by J.S. Monroe
Blog Tour Extract

Wow! this is definitely one mega Blog tour, lasting over a month. As my spot is right towards the end of this spectacular run, I strongly suggest that you also check out some of the earlier posts, where there are sure to be interesting extracts, guest posts and information being shared, just in case this intriguing premise isn’t enough on its own.

Thanks this time, go out to publisher Head of Zeus and review site NetGalley, for involving me in this tour! 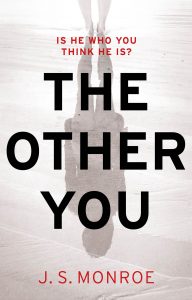 Kate used to be good at recognising people. So good, she worked for the police, identifying criminals in crowds of thousands. But six months ago, a devastating car accident led to a brain injury. Now the woman who never forgot a face can barely recognise herself in the mirror.

At least she has Rob. Young, rich, handsome and successful, Rob runs a tech company on the idyllic Cornish coast. Kate met him just after her accident, and he nursed her back to health. When she’s with him, in his luxury modernist house, the nightmares of the accident fade, and she feels safe and loved.

Until, one day, she looks at Rob anew. And knows, with absolute certainty, that the man before her has been replaced by an impostor.

Is Rob who he says he is? Or is she right? Have her old recognition skills returned? Or is it all in her damaged mind?

“My agent told me early on in my writing career that I must bear one thing in mind above all else: jeopardy. I always try to write books that I want to read, so inevitably the stories that put my characters in danger are based on my own fears.”

‘What to do with ourselves, eh?’ Kate says to Stretch, drumming her fingers on the Tesla’s steering wheel. She’s driven over to Newquay to meet Rob’s Friday evening flight from London Heathrow and she’s now waiting in the car park. It’s like being on a first date. She’s tried listening to the radio, but she can’t concentrate. She’s filed her nails, checked her lipstick in the rearview mirror, scrolled through her Instagram feed. Stretch is beside himself with excitement too, unable to settle on the plush leather passenger seat.

A Tesla’s not her natural choice of car – a bit of a boy’s toy – but she likes the fact that it’s electric. Rapid too. Rob bought it for her personal use down in Cornwall. She still can’t quite believe the new life she has. Her old Morris Minor Traveller used to spend more time at the garage being repaired than on the road.

She watches as a steady stream of people leaves the terminal: a few commuters but mostly holidaymakers. Despite herself, she starts to clock each face, noticing individual features – sallow cheeks, Roman nose, spaniel eyes. Before the accident, she was employed by the police as a civilian ‘super recogniser’. Two per cent of the population can’t remember a face, a condition known as prosopagnosia, or facial blindness; at the other end of the spectrum, 1 per cent – dubbed the super recognisers – can never forget one. That was her. It wasn’t her first choice of career – she always saw herself as a portrait painter – but she discovered that she was good at it. Very good. She once identified a suspect from just his eyes. The rest of his face was covered.

She sits up. Rob has appeared, across the car park to their left. Her heart stops. Cotton hoodie, white T-shirt and jeans, courier bag slung over one shoulder. He lowers his head to run a restless hand through his hair and looks up, taking in the evening sun with a sideways squint at the sky. She waves across at him, scrambling out of the car as he walks over. They kiss and hold each other tightly.

‘What’s with Stretch?’ he says as he slides behind the Tesla’s steering wheel.

She hadn’t noticed, but Stretch is now curled up on the seat, head down. He was so happy a few minutes ago.

‘Just tired,’ she says, scooping him up as she sits in the passenger seat. His tiny legs are trembling on her lap. ‘Walked too far today, didn’t we, little one? We’re both tired.’

Rob glances across at her and smiles. The diffident smile that had so intrigued her as she lay in hospital, wondering if her life would ever be the same again. She knows what he’s thinking. Has she just let him know that she’s too tired for their usual Friday night routine? They’ll have to see. She hasn’t felt so well this week.

‘Thanks.’ She’s pleased that he’s noticed. She went for an undercut earlier today, in a bid to cheer herself up, make herself feel younger.

‘I got you a present,’ he says, legs bouncing like a schoolboy beneath the steering wheel.

‘You shouldn’t have,’ she says, watching him use the sleeve of his hoodie to wipe a way a smudge of dirt on the car’s large touchscreen between them. She’d meant to clean the car before he arrived. He likes things to be spotless. ‘I already have everything I need down here. Thanks to you.’

He reaches behind the seat, pulls out a small jewellery box from his bag and passes it to her. Inside, wrapped in tissue paper, is the piece of frosted beach glass that they found last week. It’s now on a filigree silver chain. He knows she loves necklaces.

‘It’s gorgeous,’ she says, suddenly overcome with emotion. ‘Thank you.’ 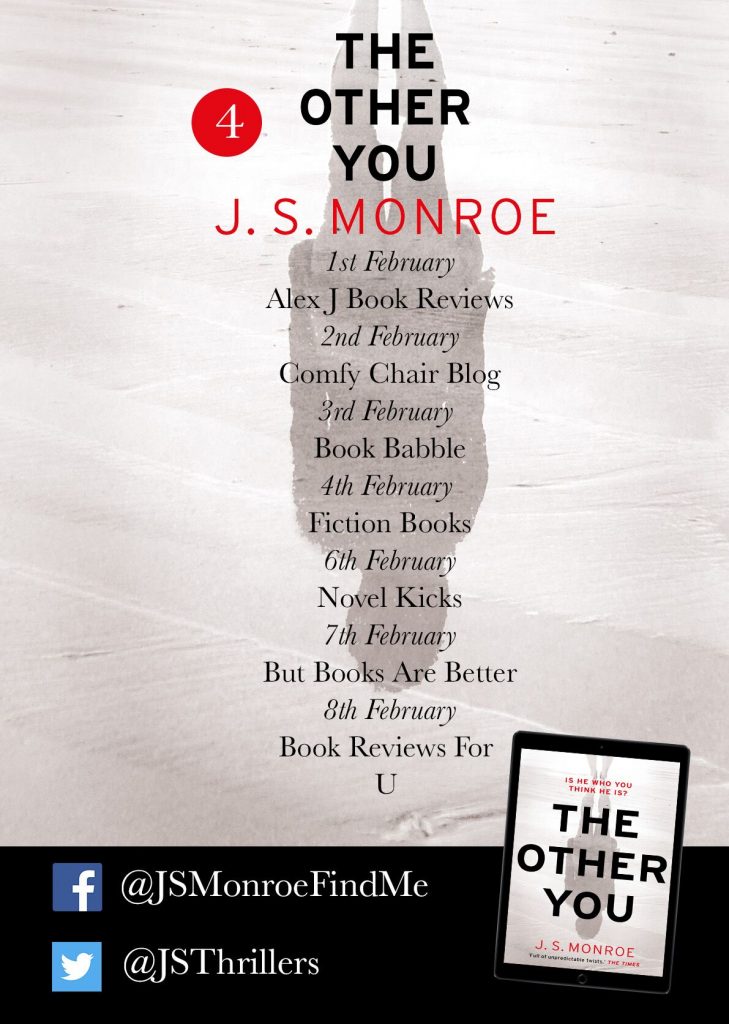