“Thank you so much to the lovely Jane Cable for putting her faith in Fiction Books once again. I couldn’t do this without all you wonderful authors keeping in touch”

Sometimes the hardest person to save is yourself…

Marie Johnson is trapped by her job as a chef in a Dorset pub and by her increasingly poisonous marriage to its landlord. Worn down by his string of affairs she has no self-confidence, no self-respect and the only thing that keeps her going is watching her son, Jude, turn into a talented artist. But the 60th anniversary of a D-Day exercise triggers chance meetings which prove unlikely catalysts for change.

First there’s Corbin, the American soldier who she runs into as she’s walking on the cliffs. He is charming and has a quaintness about him, calling her an ‘English rose’.

Then there’s George the war veteran, who comes to dine at the pub, and his son Mark. George fascinates Marie with his first-hand accounts of the war, whilst Mark proves helpful in making sense of the pub’s financial situation.

And there’s Paxton. Another American soldier with an uncanny resemblance to Corbin. Young, fit and very attractive, Marie finds him hard to resist. But little does she know Paxton is also battling some inner demons.

As the heat of the summer intensifies, so do the issues in Marie’s life.

Why is Corbin so elusive? Why is the pub struggling to make ends meet? Why has Jude suddenly become so withdrawn and unhappy?

Can she help Paxton open up and begin to deal with his pain?

Or will she be shackled to the pub and her increasingly spiteful husband forever?

But as events unfold, Marie finally realises that she is not trapped, but stuck, and that it is down to her to get her life moving again.

Perfectly blending the complexities of twenty-first century life with the dramatic history of World War Two, Another You is a charming tale that will warm your heart. 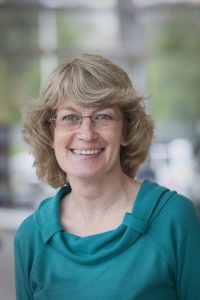 Perhaps writing is in my blood. My father, Mercer Simpson, was a poet; my cousin, Roger Hubank, a novelist; Roger’s uncle, John Hampson was also a novelist and fringe member of the Bloomsbury Group. It is even rumoured that John Keats is somewhere back there in the family tree, so is it any wonder that I have always scribbled.

By the time my second book, The Faerie Tree had been released I was already working on this, my third book Another You, which was completed to everyone’s satisfaction within seven months and was snapped up by ebook specialist Endeavour Press.

One of the best parts of writing a novel is when your characters come alive and begin to create the storylines themselves. It’s a very special kind of magic.