Two new books this week, both from the same publisher, ‘Head Of Zeus’, but managed and promoted by separate communications representatives – Clare Gordon and Blake Brooks respectively.

I have been invited to participate in separate Blog Tours for each book, during April and whilst I hope to secure Guest Posts from both authors, if this is not possible then short extracts will be provided as introductions to the stories.

‘THE ROOM BY THE LAKE’ by EMMA DIBDIN 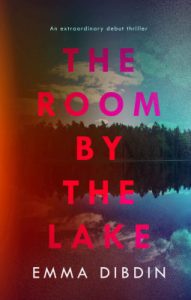 When Caitlin moved from London to New York, she thought she had left her problems behind: her alcoholic father, her dead mother, the pressure to succeed.

But now, down to her last dollar in a foreign city, she is desperately lonely.

Before long, Caitlin has settled into her idyllic new home.

It looks like she has found the fresh start she longed for. But, as the commune tightens its grip on her freedom and her sanity, Caitlin realizes too late that she might become lost forever…

Upset, she heads home alone and is never seen again.

Now he must prove the man who led him there is guilty.

When Mercer’s daughter asks Stella Darnell for help solving the murder, Stella see echoes of herself.

With her sidekick sleuth, Jack, Stella moves to Winchcombe, where DCI Mercer and his prime suspect have been playing cat and mouse for the past eighteen years…