Your host for this week is: Kathy over at ‘BermudaOnion’.

So why not stop by, leave a link to your own Mailbox Monday post, oh! and don’t forget to leave a comment for Kathy, after all, we all like to receive them!

My book this week, came my way as the result of a competition win, over with the lovely Vicki @ ‘I’d Rather Be At The Beach’. Vicki described this thriller as a ‘page turner’ and obviously others agree with her, as it has received some excellent ratings and reviews on many of the major sites.

I am looking forward to reading ‘Blood Drama’, you can’t beat a good thriller!

Everyone has a bad day. Graduate student Ian Nash has lost his girlfriend in addition to being dropped from a Ph.D. program in theatre at a Southern California university. When he stops at a local coffee shop in the lobby of a bank to apply for a job, the proverbial organic matter hits the fan. A gang of four robs the bank, and things get bloody. Ian is taken hostage by the robbers when the police show up. Now he has to save his life.

FBI Special Agent Aleece Medina’s analysis of the bloody bank heist drives her into the pursuit of a robbery gang headed by two women. She doesn’t anticipate how this robbery will pit her against both the bandits and the male higher-ups in the FBI while the media heats up during a giant manhunt.

The robbers are about to kill Ian, and all he has at hand is his knowledge of the stage. 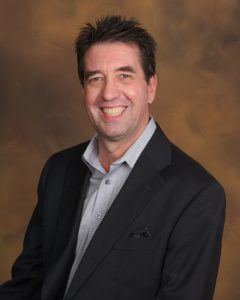 Born and raised in Minnesota, Christopher Meeks went off to college at the University of Denver, with the dream of becoming a film director, but his first elective in poetry writing had him revel in word imagery. He wasn’t in college to make the dean’s list but to try subjects out. The fact he landed good grades was purely a by-product of his interests.

After a short spell at Prelude Press, Christopher started work at CalArts as the Institute Writer, where he got to talk to and write about, some of the most influential people and performers, in the performing arts space.

His collection of short fiction, ‘The Middle-Aged Man and the Sea’, came out in 2006 and won a Noble (not Nobel) Award for Best Fiction and received many great reviews. His second collection, ‘Months and Seasons’ came out in 2008, and his novel-in-stories, ‘The Brightest Moon of the Century’, in 2009.

Cristopher is also an independent publisher, with four authors now on his books, although he will always say that he is an ‘accidental publisher’,  because White Whisker Books was conceived simply for the publication of his own short fiction writing. Later, he published his own novels, when his then agent couldn’t get Christopher’s books past three potential editor’s marketing departments.

From photographs, I’ve seen the immense beauty of Alaska’s Glacier Bay, where mountain walls of ice meet water. From this comes the image I have of giving and being interviewed. There’s something both amazing and dangerous about a good interview.