Another great find from the NetGalley folks for me this week. I have read some mixed thoughts about this one, across several of the major review sites, however the synopsis is strangely intriguing to me and I just couldn’t resist giving ‘Bellman & Black’ a try.

I am not much of a seasonal reader, if I fancy reading a Christmas story in July, then I will. However, with Halloween almost upon us, for all you ‘season readers’ out there, ‘Bellman & Black’ could be the ghost story of the year.

Bellman & Black is a heart-thumpingly perfect ghost story, beautifully and irresistibly written, its ratcheting tension exquisitely calibrated line by line. Its hero is William Bellman, who, as a boy of 11, killed a shiny black rook with a catapult, and who grew up to be someone, his neighbours think, who “could go to the good or the bad.” And indeed, although William Bellman’s life at first seems blessed—he has a happy marriage to a beautiful woman, becomes father to a brood of bright, strong children, and thrives in business—one by one, people around him die. And at each funeral, he is startled to see a strange man in black, smiling at him. At first, the dead are distant relatives, but eventually his own children die, and then his wife, leaving behind only one child, his favourite, Dora. Unhinged by grief, William gets drunk and stumbles to his wife’s fresh grave—and who should be there waiting, but the smiling stranger in black. The stranger has a proposition for William—a mysterious business called “Bellman & Black” 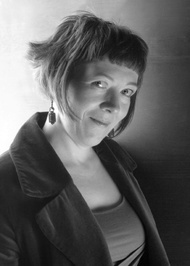 Diane Setterfield is a British author, who grew up in Reading, Berkshire. She has spent much of her adult life living in France, although she is now back in her native country, living in Harrogate, North Yorkshire.

Diane, now in her forties, has an academic background, studying French Literature at Bristol University, specializing in 20th Century French Literature with a particular interest in the works of  Andre Gide, French author and winner of the 1947 Nobel Prize for Literature.

Diane has published several publications in her specialist field and has taught at numerous schools, as well as privately, before leaving the world of academia behind her in the late 1990’s, to concentrate on her writing, having caught the attention of novelist Jim Crace, who took her under his wing.

Diane’s debut novel ‘The Thirteenth Tale’, was published to popular acclaim worldwide and has since been acquired by a British film production company and adapted for television. The programme will hopefully be forming part of the BBC’s Christmas line-up in 2013, as a 60 minute drama and will be starring Vanessa Redgrave and Olivia Colman, in the lead roles.

To be a writer, I thought, you had to be extraordinary, and I knew I was ordinary. But desire is like an underground stream: if it can’t surface where it wants, it will divert and surface somewhere else. My wish to write novels surfaced as a wish to teach and research literature. By the time I was in my thirties, I understood things better, and this is what my advice to anyone waiting to be “discovered” would be: it is books that are extraordinary, writers themselves are no more or less extraordinary than anyone else.