Just one new find this week and I have publisher Random House UK, Cornerstone and the lovely folks over at Netgalley, to thank for that.

New titles for my review pile, are always that much sweeter, when the publisher or author initiates the enquiry and I am certain that this book will be no exception…

After trying to help Benjamin Pearl, an undernourished, nearly feral eleven-year-old boy living in the Montana wilderness, social worker Pete Snow comes face to face with the boy’s profoundly disturbed father, Jeremiah. With courage and caution, Pete slowly earns a measure of trust from this paranoid survivalist itching for a final conflict that will signal the coming End Times.

But as Pete’s own family spins out of control, Pearl’s activities spark the full-blown interest of the F.B.I., putting Pete at the center of a massive manhunt from which no one will emerge unscathed. 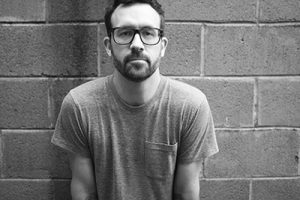 Smith Henderson,  was born and raised in Montana, although he now lives in Portland, Oregon, where he currently works at the Wieden + Kennedy advertising agency, contributing to the Emmy-nominated “Halftime In America” Super Bowl Commercial.

As an accomplished screenwriter, he co-wrote “Dance With The One”, a 2010 South By Southwest Narrative Prize Finalist; whilst his fiction writing was recognized when he became the recipient of the 2011 PEN Emerging Writer Award in fiction and was the Phillip Roth Resident in Creative Writing at Bucknell University that same year.

His short story, “Number Stations” won a Pushcart Prize and a finalist honors for the University of Texas Keene Prize, with his writing having been anthologized and published in American Short Fiction, One Story, New Orleans Review, Makeout Creek, and Witness.